“A growing number of consumers want the latest technologies-not only on their phones, but also in their vehicles. And with smartphone integration and autonomous driving systems becoming more commonplace -- it’s starting to affect how they view their purchases.”

Rather than making a long-term commitment to buy a new car and all the technology in it- more and more consumers are considering leasing as an option. Average lease periods have dropped to around 36 months, and even less. 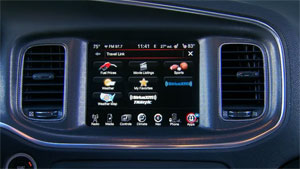 With the average age of vehicles on the road today also trending down, there’s evidence that many drivers are willing to trade in more frequently-- as new technologies become available. Advances, year-to-year, have gone from mere entertainment --to accident prevention, driver convenience packages-- as well as increased fuel efficiency.

And prospective lessees are good for business, as car companies can expect a more “predictable sales volume” from one model year to the next.

“So even though the average lifespan of a car today is much longer than it used to be, some consumers seem to crave the “latest and greatest” in automotive technology. And that’s it for this week’s MotorNews.”