Outstanding vehicle quality and owner satisfaction are key metrics that all automakers are striving for. And, this week we have two separate surveys that give us a good read on how the industry is fairing in both of these areas.

J.D. Power has released their much anticipated Initial Quality Study for 2014 vehicles. It captures the feedback from 86,000 drivers on things—they say-have gone wrong during the first 90 days of use.

The study found the overall average of the number of defects “per 100 vehicles” has increased slightly. They cite issues such as this year’s extreme winter weather and a continued influx of new technologies. Porsche topped the list, with the fewest issues; while the Hyundai/Kia group and General Motors saw significant increases in reported quality. Those at the bottom included Jeep, and brand-mate Fiat.

As to owner satisfaction, we get the latest results from AutoPacific. Their 2014 vehicle survey covers 50 categories including performance, fuel economy, and comfort. 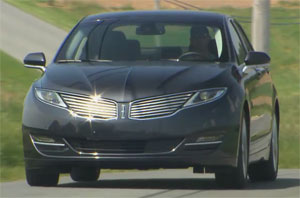 The California based automotive research firm takes an in-depth look at living with a vehicle every single day. With nearly 92,000 responders, the highest-rated Premium brand is Lincoln--with the MKZ listed at the top among Luxury Mid-Size Cars. The MKZ Hybrid follows suit among Hybrids and EVs, and the MKS fits in nicely with the Executive Luxury Cars.

GMC was the top-rated “Popular” brand, with the Sierra ranking the highest among Light Duty Pickups, and the Acadia listed as a top pick in the Large Crossover SUV category.

The highest rated Premium Luxury Car was the Mercedes-Benz S-Class. In fact, it received the highest score ever. As for the new CLA—it had a great showing beating out Premium Compact Cars. 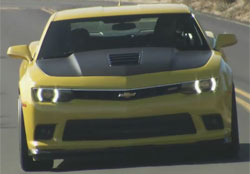 Chevrolet took four awards: the Impala for Large Cars; the Sonic in Economy Cars; the Corvette Stingray among Sports Cars; and the Camaro among Sporty Cars.

And that’s the latest information from two significant surveys and our wrap up from this week’s Motor News.