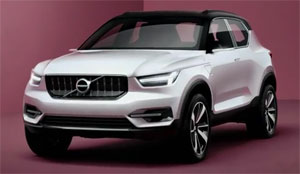 “Our MotorWeek Drivers’ Choice “Best Car of the Year”, the Volvo XC90, is the sum total of recent changes at the brand---with a strong emphasis on technology and efficiency—along with the traditional mainstays of safety, luxury, and comfort.”

Now comes the unveiling of a pair of “40 series” Concept vehicles which lend some insight as to what Volvo sees as future offerings.

The 40.1 and 40.2, showcase not only new styling and design cues, but also a shift in market focus for Volvo. Both vehicles, a compact sedan and compact crossover, will utilize a new platform called the Compact Modular Architecture, or CMA. Citing a growing market for premium small vehicles, Volvo sees a lot of potential for smaller car sales. The CMA platform can house plug-in hybrid or fully electrified, as well as conventional powertrains. This allows the 40 series to have a broader appeal. 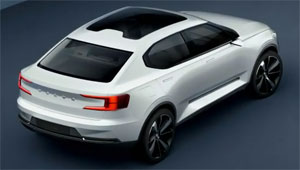 Volvo’s goal is to sell 1 million electrified vehicles worldwide by 2025, and they’re counting on the 40 series to continue an uptick in sales…all started by the revival of the current XC90.

Production of their first vehicle to use the new platform is set for some time in 2017.

“No word yet as to which vehicle will hit showrooms first – the sedan or the crossover – and it’s still TBD if the “40 series” moniker will be the production badge. But one thing is certain: Volvo is back and ready for the future. And that’s it for this week’s MotorNews.”