With winter kicking into high gear across the country, now is the time to make sure your vehicle is ready for the road conditions that come with it. 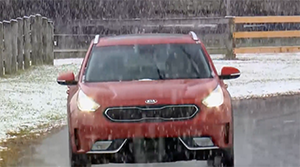 The Federal Highway Administration says that more than 70 percent of the nation’s roads are in regions that receive at least 5 inches of snow a year. Nationwide, there were 3,760 snow-related driving fatalities between 2014 and 2018. Researchers at Copilot looked at data and found that, not surprisingly, states with lower average winter temperatures tend to have higher percentages of fatal accidents due to snow and ice. The National Highway Traffic Safety Administration recommends going to a mechanic to get your vehicle checked out before the winter weather settles in.

And if you are in an accident, Volvo wants to make sure you are as safe as possible, so they did this, check out this video. 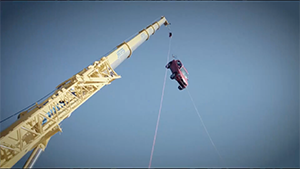 This has got to be one of the most extreme crash tests we’ve seen. 10 new Volvo vehicles were dropped several times from a crane, from almost 100 feet in the air. The automaker didn’t just do this because the video looks cool, but in partnership with first responders in Sweden to help them learn how to better extract people from a totally damaged vehicle as quickly as possible. Volvo says most of the time, first responders have to practice on older vehicles from scrap yards, which don’t reflect the newer cars they may come across during an accident, which is why they dropped new cars. All of the data collected will be made available for free to other rescue workers so they can learn from this extreme crash test too.

Cars today are getting smarter and smarter, and now license plates are too! 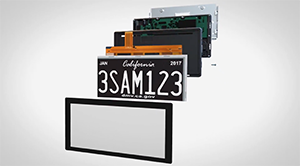 A company called Reviver has been working on the idea of digital license plates for a couple of years. Right now, only California and Arizona allow the digital plates, but the company just announced that the “R-Plate”, as it’s known, will soon be available in Michigan too. The plates display more than just letters and numbers, but also let driver’s show off approved personal messages. It could even warn people that the car has been stolen, or show an amber alert. The biggest bonus is that users can pay their registration fees through Reviver, making those annual renewals a seamless affair. But the technology doesn’t come cheap. The basic R-Plate with a 5 year battery is $499, plus 55 dollars a year for the subscription connection.

Cool idea, but will it catch on? Only time will tell. And that does it for this week’s Motor News.