Volvo in the U.S.

Volvo has been selling cars in the U.S. for more than 60-years… and now they make them here… 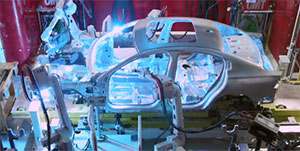 They’re also ramping up to assemble the next generation of their flagship SUV the XC90 in 2021. Volvo’s philosophy is “build where you sell”. Automotive News quotes the company’s CEO as saying the US is the biggest market for the XC90.

But this is not just a domestic plant… some of the vehicles built in Charleston will be exported. Volvo says the Charleston plant will be able to produce 150,000 cars a year at full capacity. The company can now build vehicles in the three major sales regions… the U.S., Europe and China.

More and more companies are joining forces to develop electric vehicles and autonomous technology… Not only to save costs but also to speed up the process. 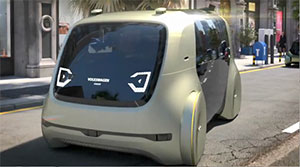 Honda and General Motors are teaming up to build next generation batteries. They’re working on smaller batteries that produce more energy and can be charged faster. The batteries will be used in all-electric vehicles made by both companies. Meantime, Volkswagen is part of a new alliance focusing on the technological demands of autonomous cars.

Self-driving cars will need to process and quickly analyze a lot of information from a variety of sources… like cameras and sensors. The alliance is working on the next-generation computer network with the power to handle high tech driving demands. The group includes manufacturers, networking companies and technology suppliers.

So the race is on to build electric cars that can handle the driving… but it looks like competitors will have to become partners to make it happen. And that’s it for this week’s Motor News