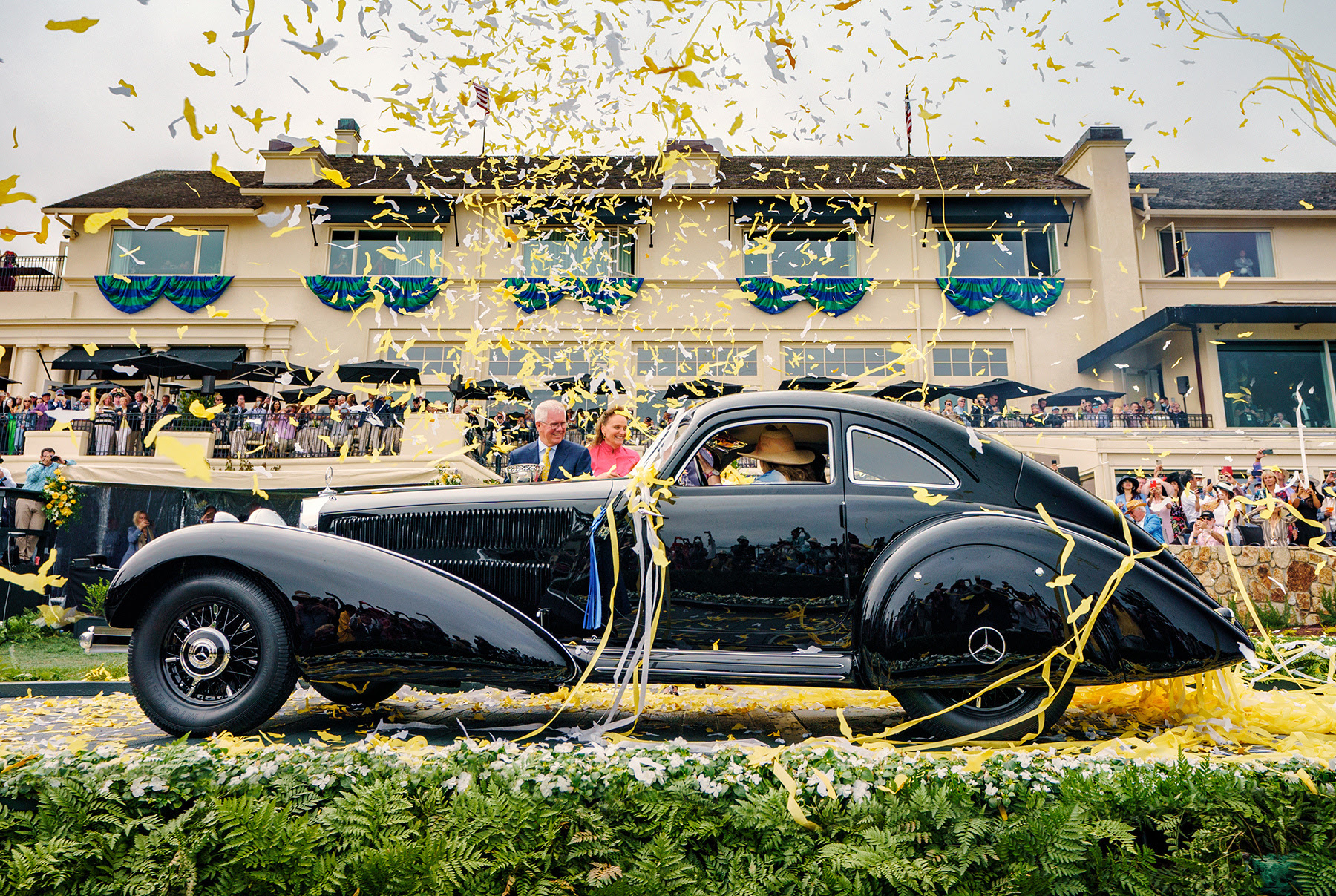 This year, 230 collector cars pulled onto the competition field of the Pebble Beach Concours d’Elegance, and the car named Best of Show was the 1938 Mercedes-Benz 540K Autobahn Kurier belonging to The Keller Collection at The Pyramids in Petaluma, California.

“This Best of Show winner embodies so many sensational features—styling, speed, and performance. Unveiled at the Berlin Auto Show and built to rule the new German Autobahn in 1938, this rare automobile is truly an example of beautiful German design,” said Concours Chairman Sandra Button.

When introduced, this 540K was applauded not only for its long, sweeping hood and aerodynamic design, echoing the legendary Silver Arrow Grand Prix cars, but also for its advanced engineering and superlative performance. Autobahn Kurier means “Highway Kurier” and references a period of German excellence beginning in the 1920s that culminated in the construction of the famous network of motorways. Mercedes made only two 540K Autobahn Kuriers, and this is the only one still in existence and still sporting its original equipment. This is the Kellers’ third win at Pebble Beach, coming after a 1986 win with their 1936 Mercedes-Benz 500K Special Roadster and a 2001 win with their 1930 Mercedes-Benz SS Erdmann & Rossi Roadster.

“It’s my triple crown,” said Arturo Keller. “This is the only remaining car of its kind, and I am the second owner from new. It’s a very special car, and we are very happy.” The car was last restored in 2006, and has continued to be shown, rallied, and toured since then. The Kellers also go home with the Elegance in Motion Trophy.