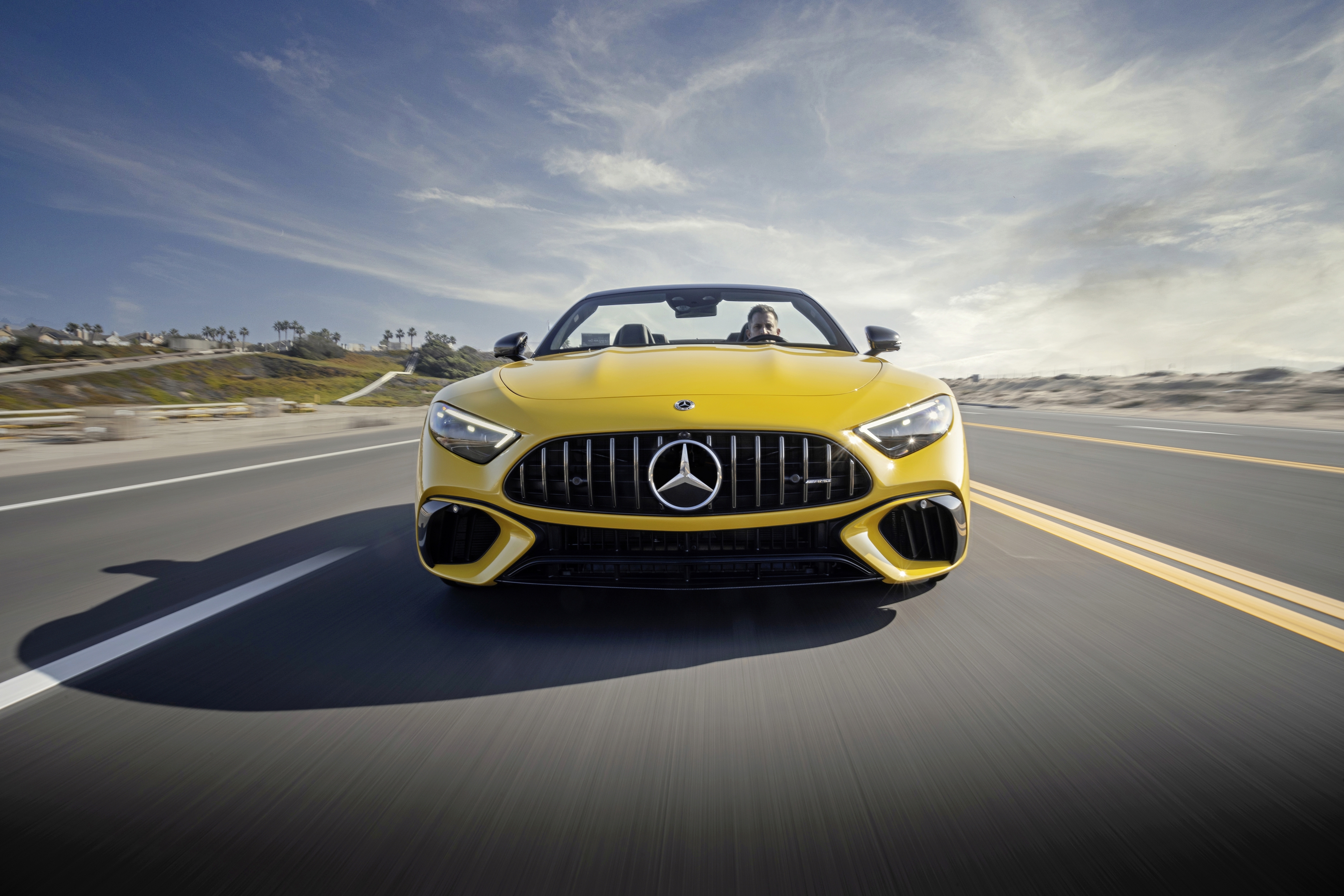 The Mercedes-AMG SL roadster is seeing some impressive upgrades for the 2022 model year, offered in two models and two curated trims.

In either case, the new SL will utilize a V8 engine to push its 2+2 roadster form; the SL 55’s produces 469 horsepower and 516 lb-ft of torque, working towards an estimated 0-60mph time of 3.8 seconds. The SL 63 is powered by a handcrafted AMG engine: a 4.0-liter V8 Biturbo, assembled at the company’s Affalterbach location. From the factory, it puts down 577 horsepower and 590 lb-ft of torque, leading to an estimated 0-60mph time of 3.5 seconds. Both the SL 55 and SL 63 will send this power through a SPEEDSHIFT MCT 9-speed automatic. 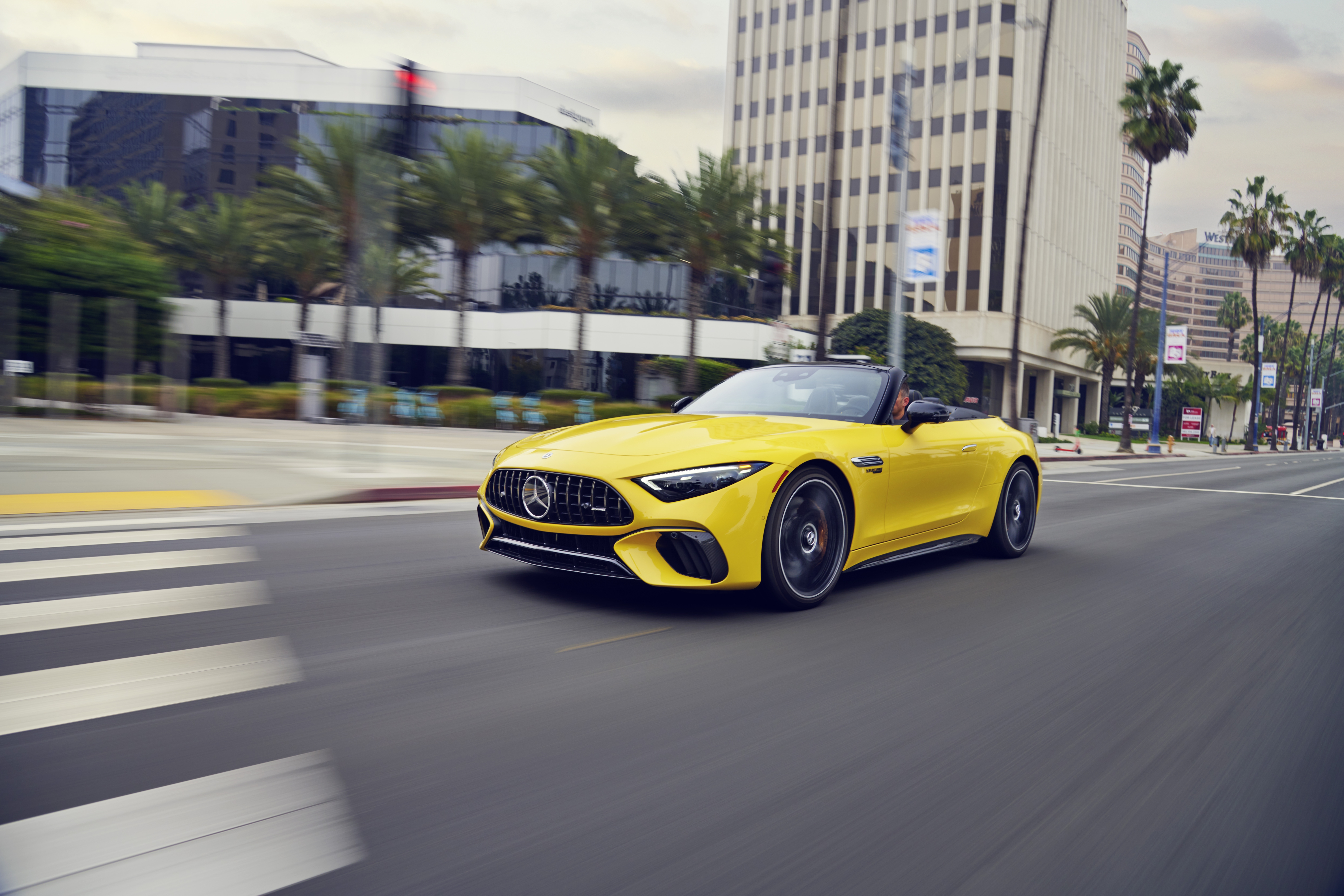 For the first time in the SL’s 70-year history, an all-wheel drive system will be fitted as standard; specifically, the AMG Performance 4MATIC+ system, featuring fully variable torque distribution between the front and rear axles. This is said to provide optimal traction as well as a greater level of safety under all conditions. Another first for the SL is the active rear-axle steering, outfitted as standard on both models.

With regards to the aforementioned trims, the Touring trim starts with a healthy injection of modernity, such as active LED headlights, massaging seats, a heated steering wheel and an 11.9-inch center display-- just to name a few amenities. Shifting over to the Performance trim, all Touring contents will be included standard, as well as a front axle lift system; the SL 55 will receive some of the SL 63’s standard features, like an AMG ACTIVE RIDE CONTROL Suspension system and the AMG Dynamic Plus Package, which includes an electronic limited slip differential, yellow calipers and the RACE Drive Program.

Units are expected to arrive in dealerships this summer.