We’re attending the return of the North American International Auto Show, back after a few years hiatus. There are some exciting reveals and some interesting close-up opportunities… so come ride with us! 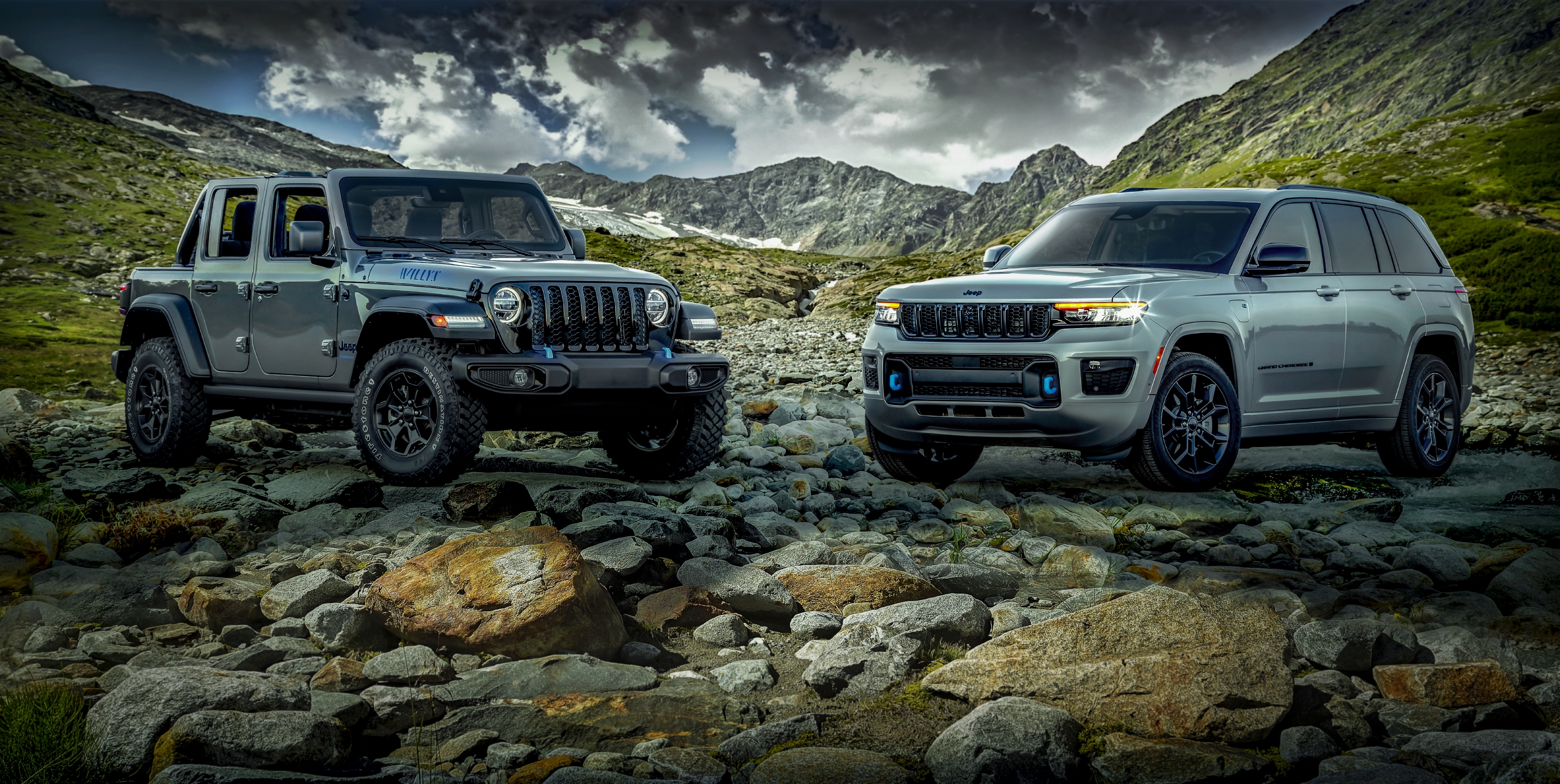 Jeep is celebrating 30 years of Grand Cherokee with their aptly named 30th Anniversary Edition; and what better way to show the progress being made by offering it with their 4xe drive system. The electrified Grand Cherokee 4xe will offer up to 25 miles of all-electric range, combined with the ICE power plant for 56 MPGe. The hybrid system is capable of 375 horsepower and 470 lb-ft of torque. The 30th Anniversary edition features a blacked-out aesthetic, a modified front fascia, blue tow hooks, dual exhaust, 20-inch wheels and special badging, of course. The 30th Anniversary model will be available for a limited time, arriving at dealers early 2023.

Of course, what would Jeep be without the Wrangler? For 2023, the Wrangler is receiving a new member: the Willys 4xe. This model delivers 49 MPGe and 21 miles of all-electric capabilities; again, combined with the ICE for the 375 ponies and 470 lb-ft of torque. The Willys will utilize a Select-Trac full-time 4WD system, heavy duty axles and mud-terrain tires. Appearances are sharp thanks to the standard LED head/fog lamps, black grille and 17-inch wheels. Naturally, a “Willys” decal is on the hood, trimmed in the 4xe’s blue. Ordering is expected to open in the fourth quarter of 2022 and prices will start at $53,995 before destination. 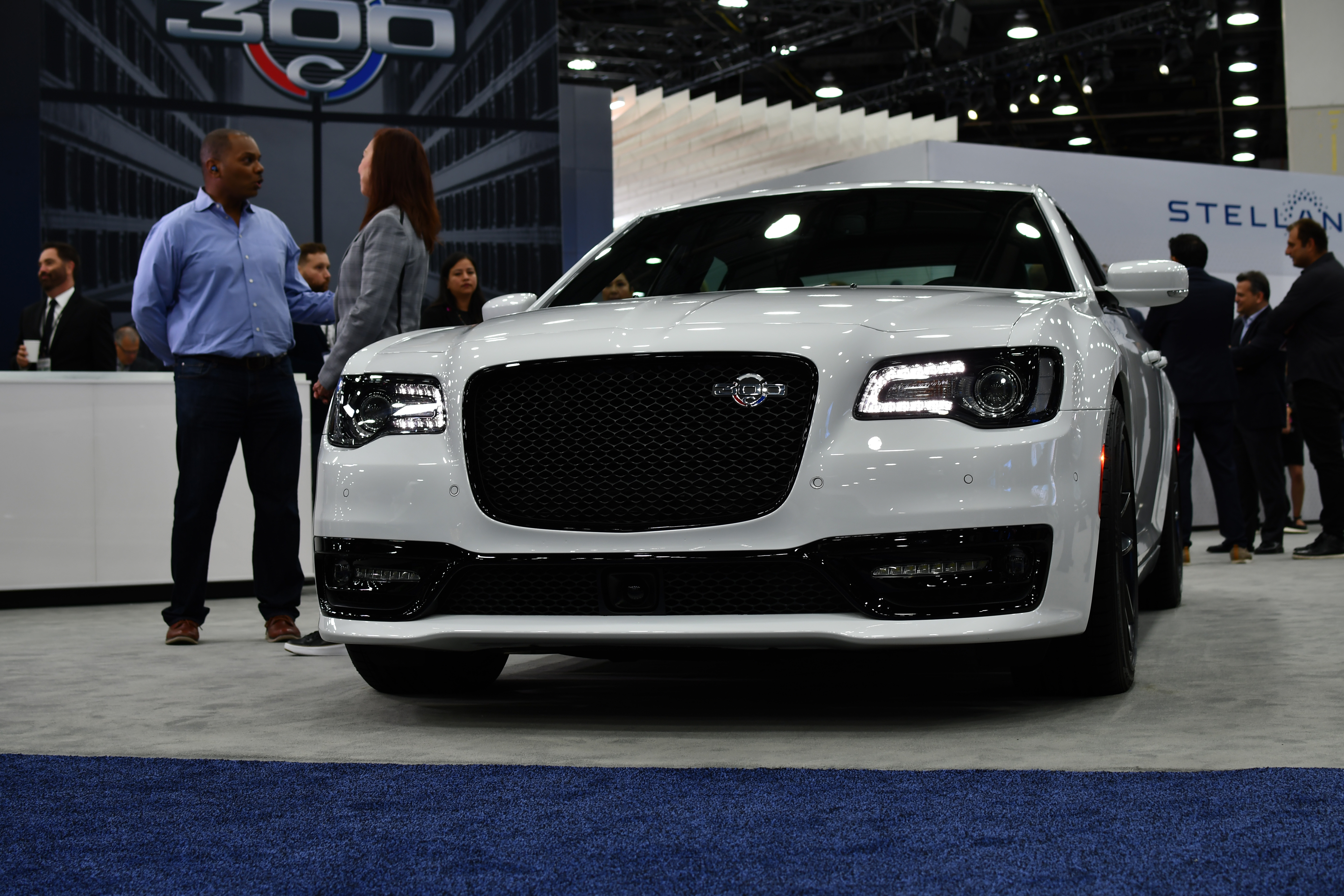 The 2023 Chrysler 300C was just announced as a limited model packing some serious punch, and it made an appearance at this year’s NAIAS. The 300C is powered by a 6.4-liter HEMI, producing 485 horsepower and 475 lb-ft of torque, completing 0-60 mph sprints in 4.3 seconds and hitting the quarter miles in 12.4 seconds. Just 2,000 units will be made, offering a proper sendoff for the Chrysler 300 in 2023. It’s expected to retail around $55,000, with order reservations available now. 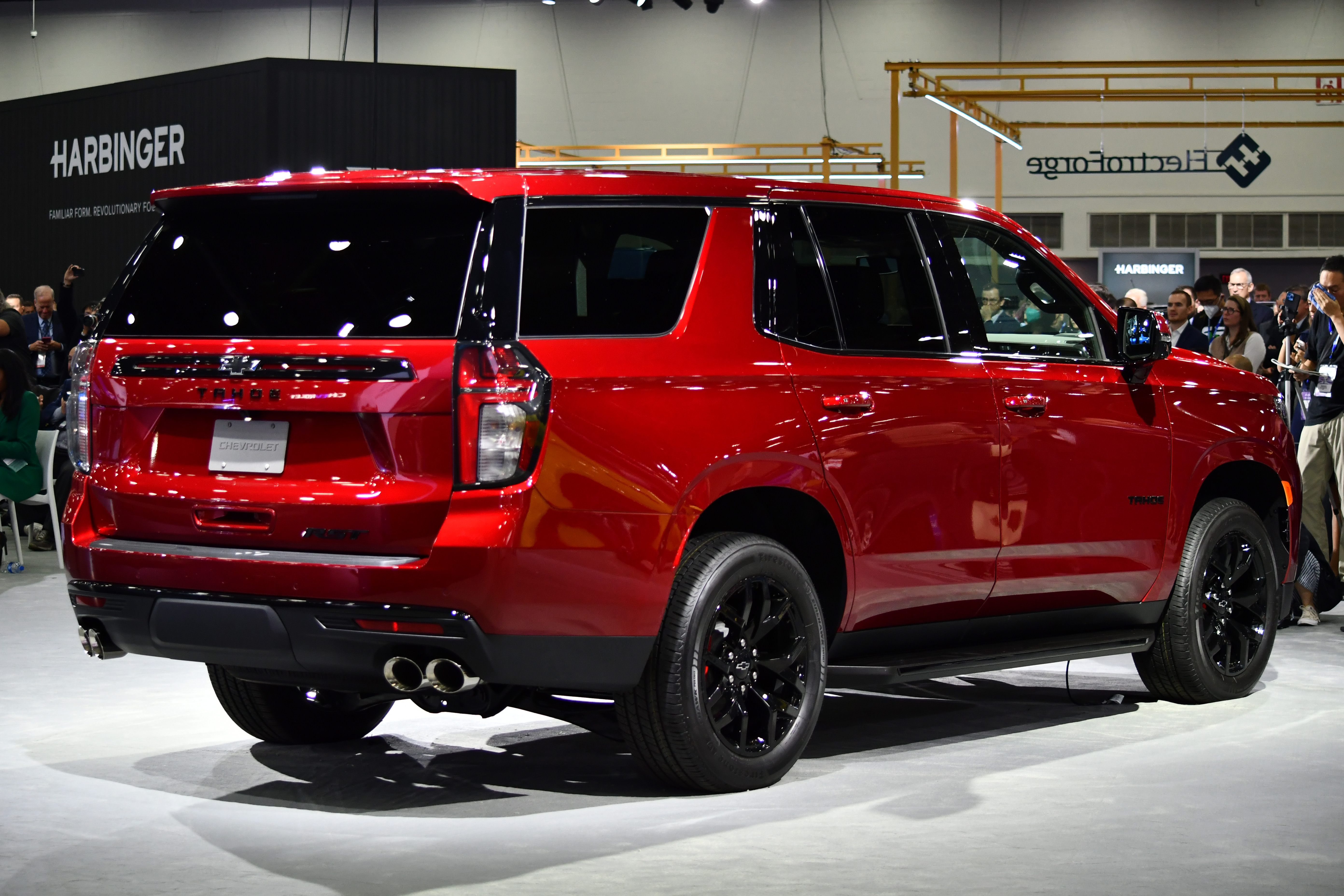 Behind the display of a beautiful orange C8 Corvette, a covered car waited to be seen. During the Chevrolet press briefing, the curtain was removed to reveal the 2023 Tahoe RST Performance Edition. Inspired by motorsports, the RST Performance Edition flexes a 6.2-liter V8 cranking 433 horsepower and 467 lb-ft of torque-- that’s 12 ponies and 7 lb-ft more than current RST’s with the 6.2L. Expect a 0-60 mph run in 5.79 seconds and a top speed of 124 miles per hour. Also underneath are a series of chassis, suspension and other elements taken from the pursuit-rated Tahoe made for police. 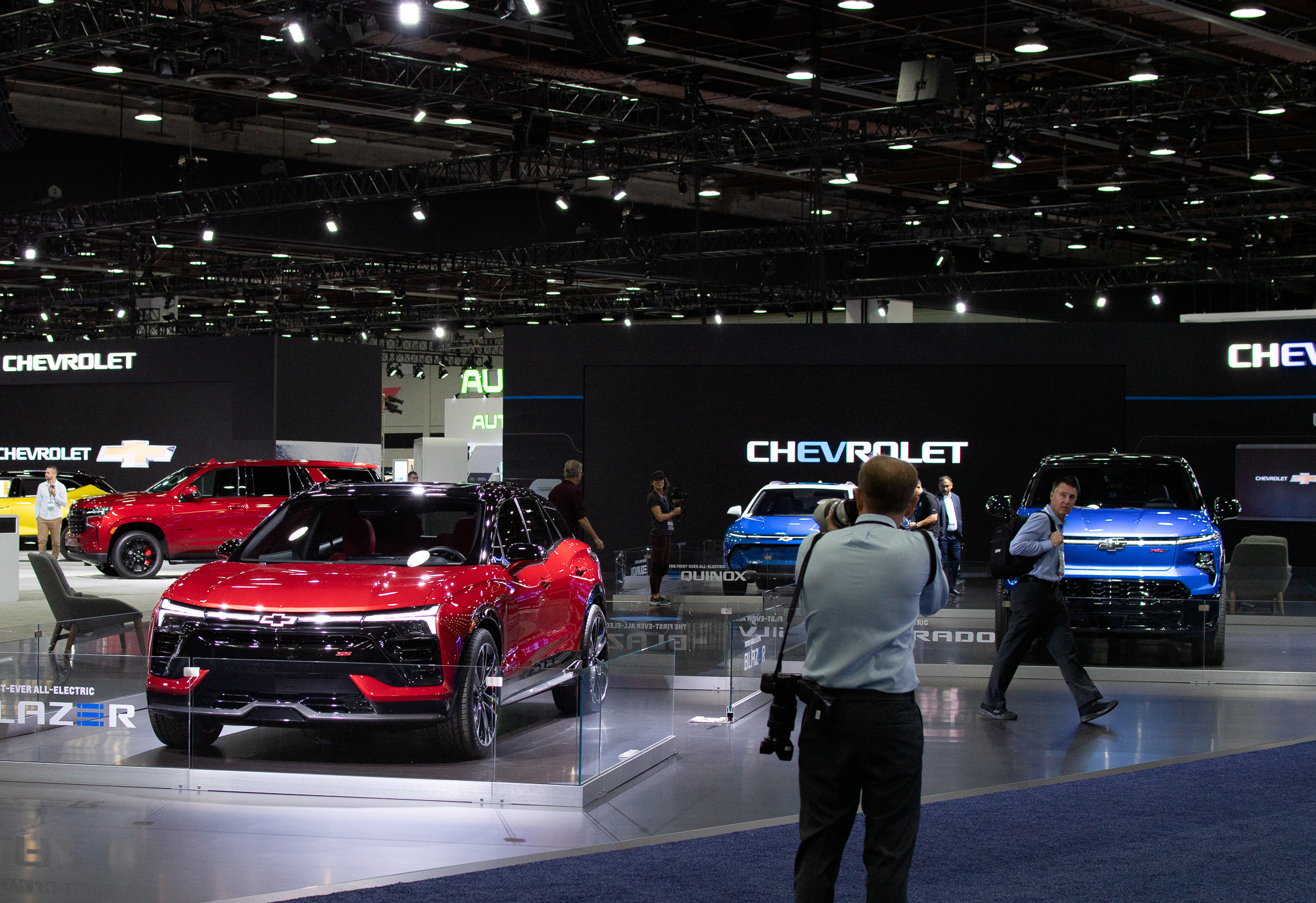 Three upcoming Chevrolet EVs were there for us to ogle at: the Blazer, Equinox and SIlverado. We’ve known about this trio for a little while now and there haven’t been any major developments during our time at the NAIAS, but it’s still great to see them under the showroom lights.  Recently, Chevy announced that the Equinox EV would start around $30,000, and we know the 2024 Blazer EV will offer the first SS trim level for a Chevy EV. As for the SIlverado, it was built entirely from the ground up on GM’s Ultium EV platform. It’s expected to produce 664 horsepower and 780 lb-ft of torque, with an estimated range of 400 Miles. Check out our coverage of this year’s Consumer Electronics Show for more of the full scoop!

Lincoln is in Town with 2023 Corsair and Two Concepts 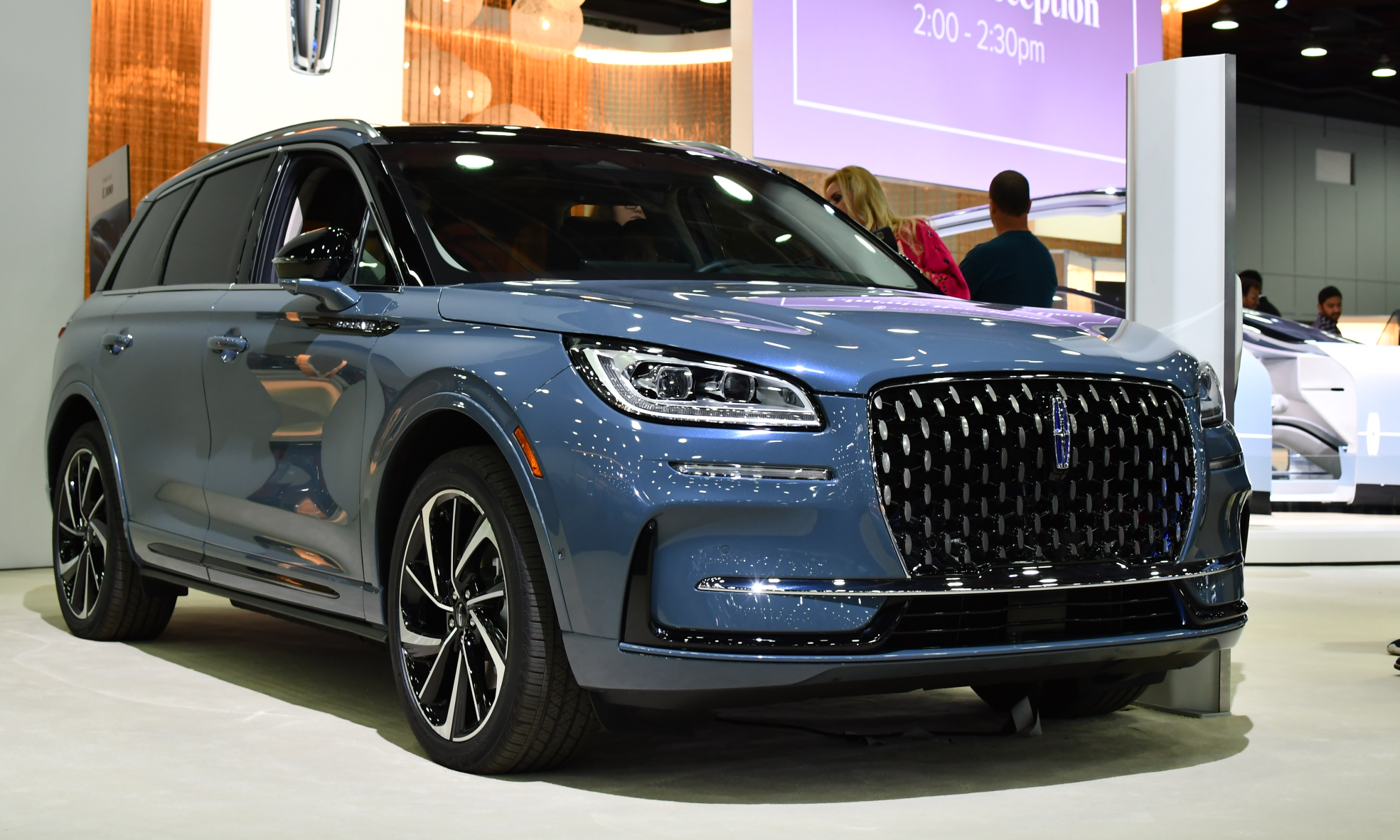 We recently reported on the updated 2023 Corsair, and it’s here in person at the NAIAS. This model sees an updated appearance upfront, more tech and a streamlined selection of models. You can have your choice of a standard 2.0-liter turbocharged inline-4 or an available 2.5-liter plug-in hybrid. The latter pumps out 266 horsepower, and is available on the top-trim “Grand Touring” model, which is standard AWD. 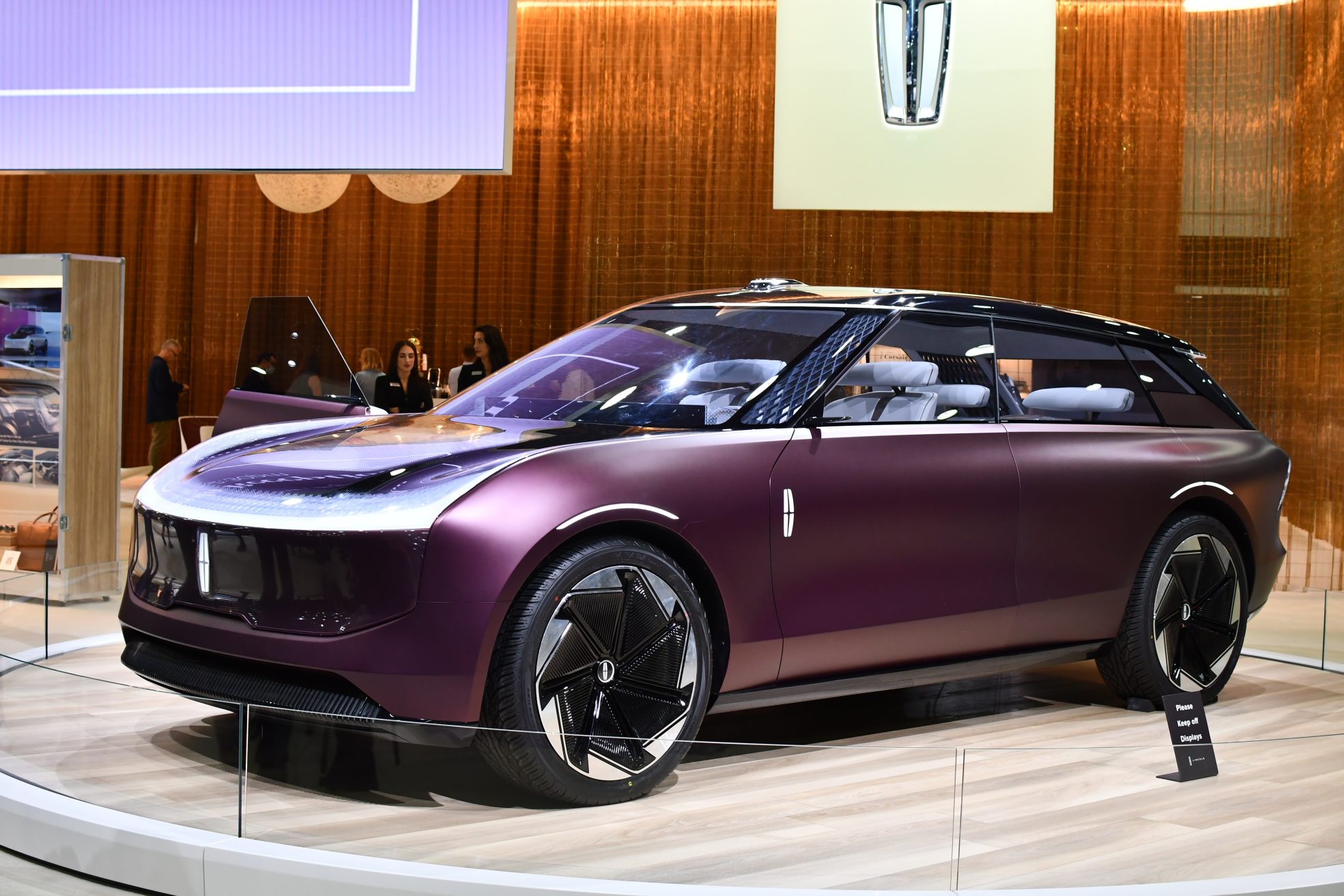 Two concept cars were also given the spotlight: the Lincoln Star Concept is a sleek EV SUV which looks forwards into the future of the automaker’s design language. This holds true both inside and out; the cabin is packed with technology and illuminated accents.The use of lights, displays and even scents help transform the cabin into a sanctuary of sorts. 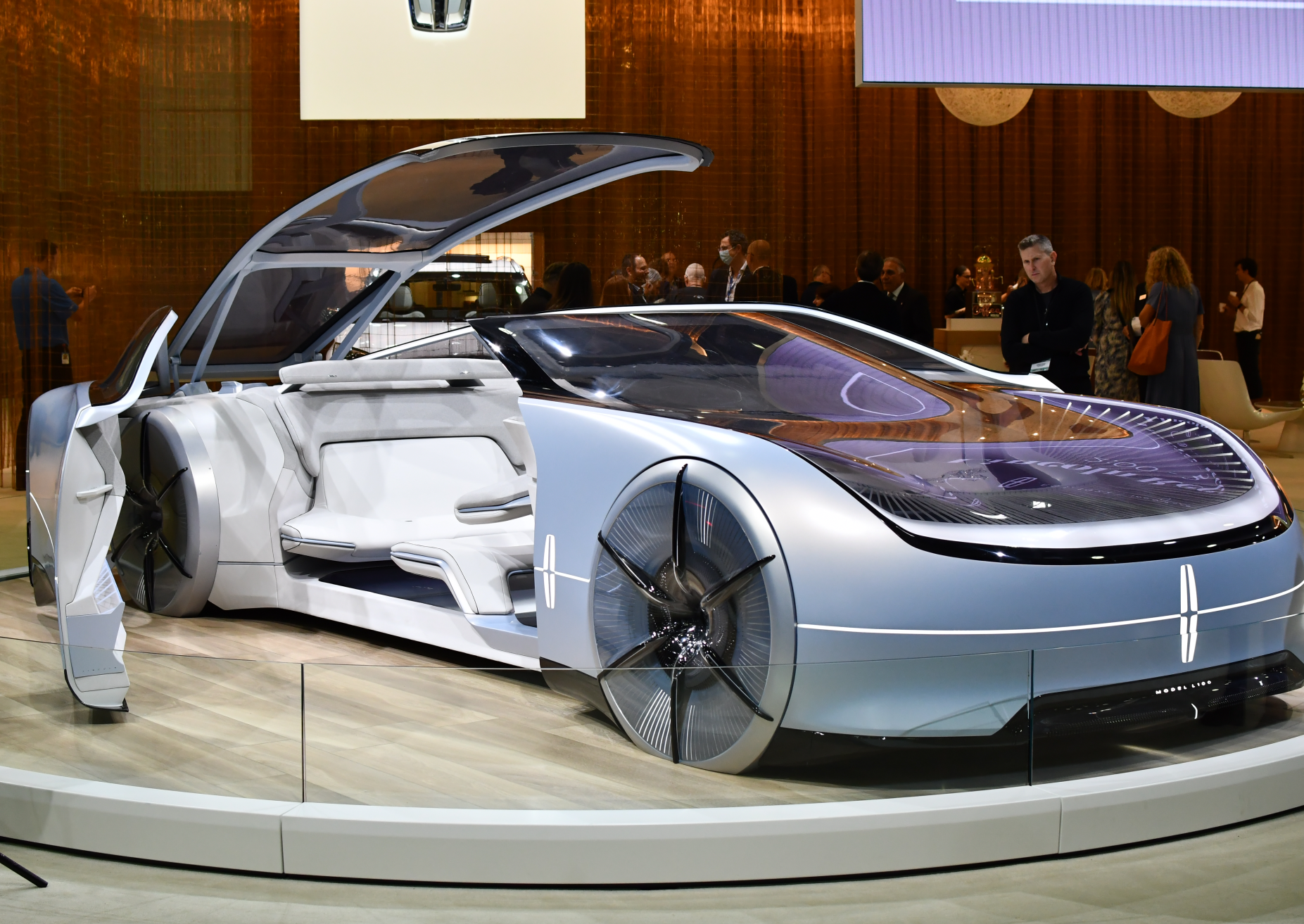 The Model L100 Concept is more of a nod to the past, though it’s still very much a future vehicle. It pays homage to the original 1922 Lincoln Model L and pays tribute to 100 years of Lincoln. A glass roof and reverse hinged doors are just two elements that make up this unique concept. Even the wheel covers are smart, using lights to generate unique imagery for onlookers. 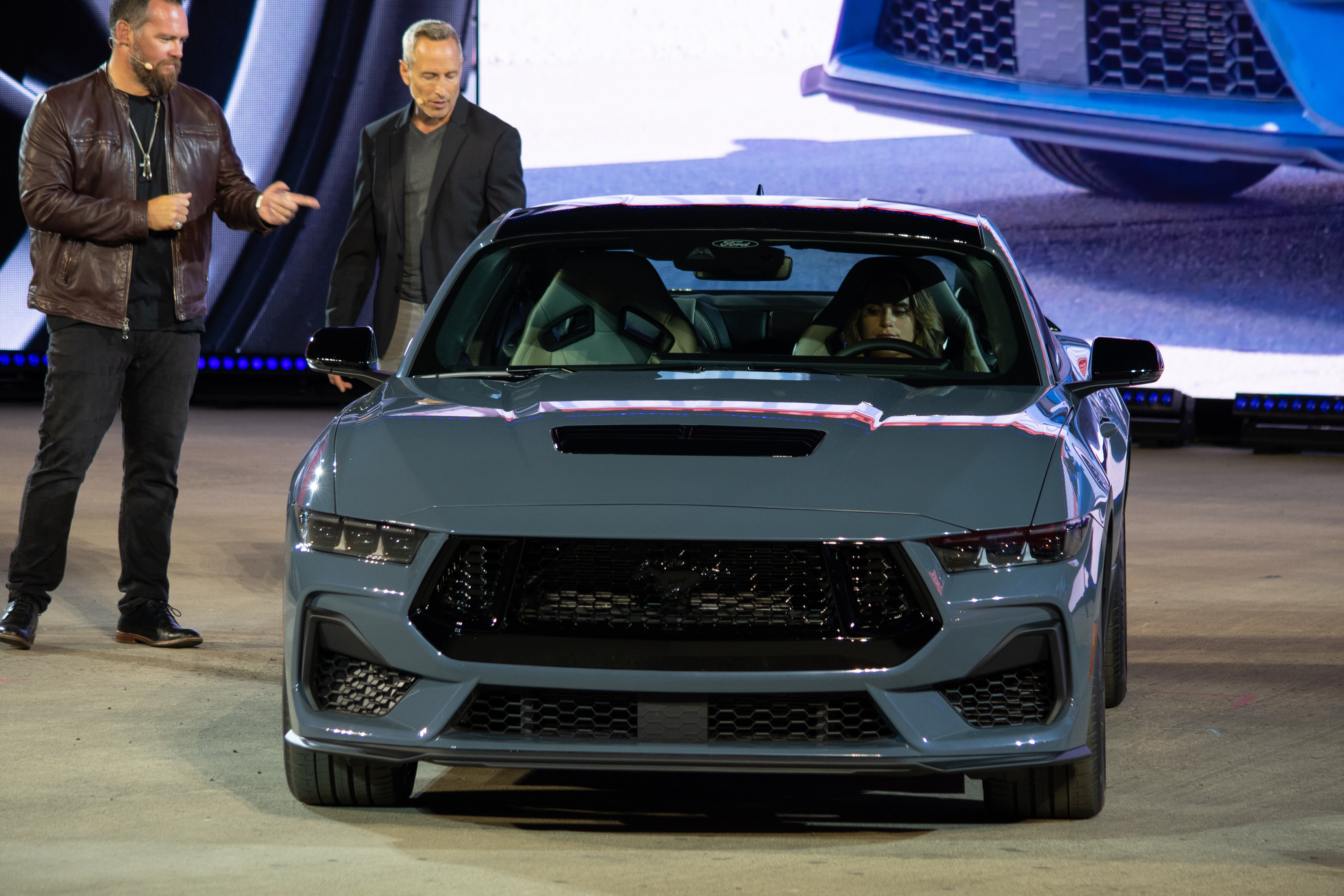 The Ford Stampede came to a climax at Detroit’s Hart Plaza, located just outside the convention center. Energy was high as ponies from all generations corralled for the unveiling of the 7th generation Mustang!

The 2024 Ford Mustang boasts new looks, a tech-savvy cockpit and the most powerful 5.0-liter GT ever produced. You can check out our in depth coverage here!