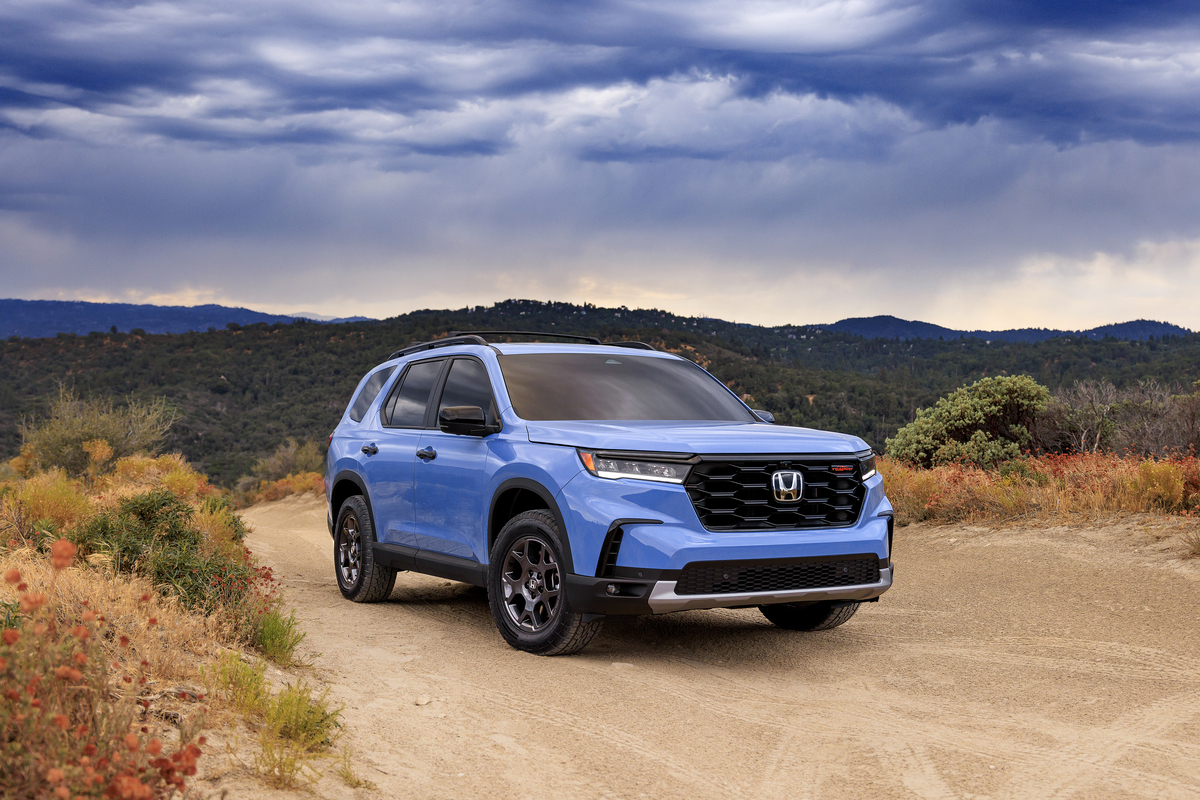 Honda has officially pulled back the curtains on their all-new Pilot SUV, along with a new TrailSport trim.

The fourth-generation Pilot arrives for the 2023 model year as the “largest and most powerful Honda SUV ever.” On top of that, the TrailSport is being touted as “the most off-road capable Honda SUV ever.”

In order to live up to these bold claims, the new Pilot is powered by an all-new 3.5-liter V6 engine, making 285 horsepower and 262 lb-ft of torque. It’s paired up to a 10-speed automatic transmission, tuned specifically for the Pilot and manually controllable through paddle shifters. Along with the new power plant, the second generation of Honda’s i-VTM4 all-wheel drive system also makes its debut; however, front-wheel drive is standard on most trims. 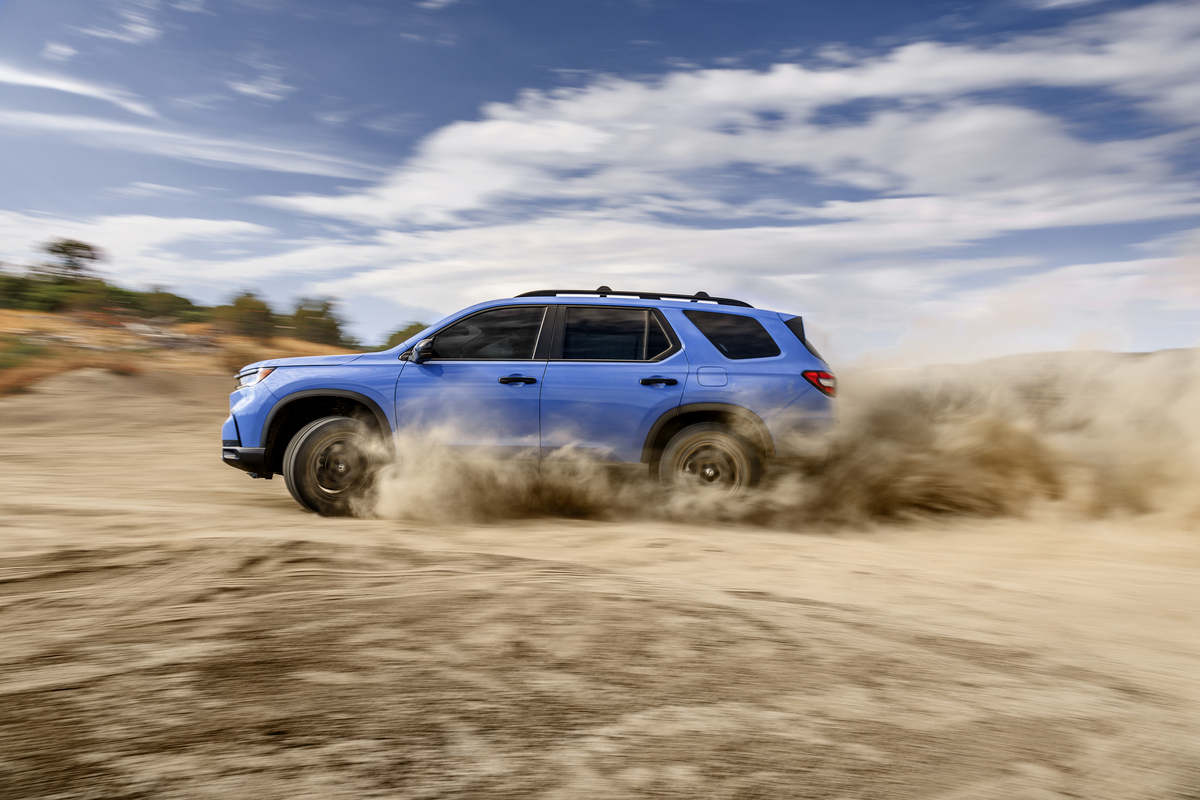 Development on the new Pilot took place in Ohio, and assembly is slated for Honda’s Alabama plant. The new design, however, is California original, now approximately 200-inches long riding on a 113.8-inch wheelbase. It features a large, upright grille and a more defined beltline along the sides. The fenders are flared out, contributing to the rugged motif, and the pulled back A-pillars evoke sportier vibes. 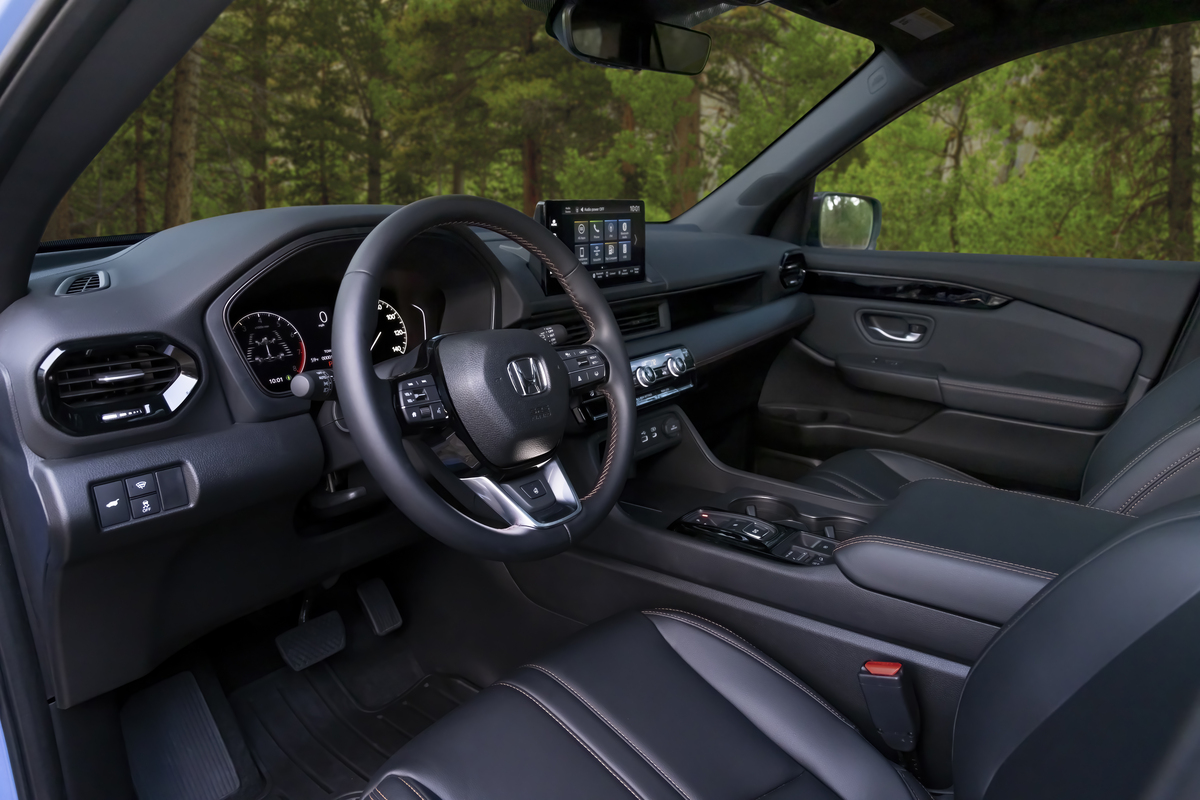 The increased measurements outside naturally provide more area inside, with second-row legroom expanding 2.4-inches. Second-row seats feature up to 10 degrees or recline angle, and can either be configured as a three-seater bench or a two-seater “captain’s chair” style, providing a wider passthrough to the third row. In total, the Pilot can fit up to 8 occupants. It also offers the most cargo storage in the model’s history: 22.42 cu.-ft behind the third row, expandable up to 113.67 cu.-ft with the rear two rows folded down. Up front, driver’s are accompanied by a 7-inch information display, upgradable to a 10.2-inch instrument idisplay on the top-trim model. A 7-inch infotainment screen is only standard on the entry-level Sport; all others receive a 9-inch display with wireless charging and smartphone compatibility.

In total, the 2023 Honda Pilot will be offered in five trims: Sport, EX-L, TrailSport, Touring and Elite. Most of the hype is surrounding the new TrailSport, Honda’s off-road solution for the Pilot. The aforementioned all-wheel drive system is standard, as are all-terrain tires, steel skid plates and specially tuned suspension, resulting in a one-inch lift in ground clearance. The “Diffused Sky Blue” paint is trim exclusive, contrasted by the trim-standard orange stitching and embroidering inside. A new TrailWatch camera system incorporates four exterior cameras to increase obstacle visibility, activating automatically in “Trail mode” when under 15 mph. Hill Descent Control is standard on all models.

The 2023 Honda Pilot is expected to go on sale next month. While official pricing is yet to be confirmed, we can expect it to hover around the current model’s $39,375 starting price, maxing out just over $50K.