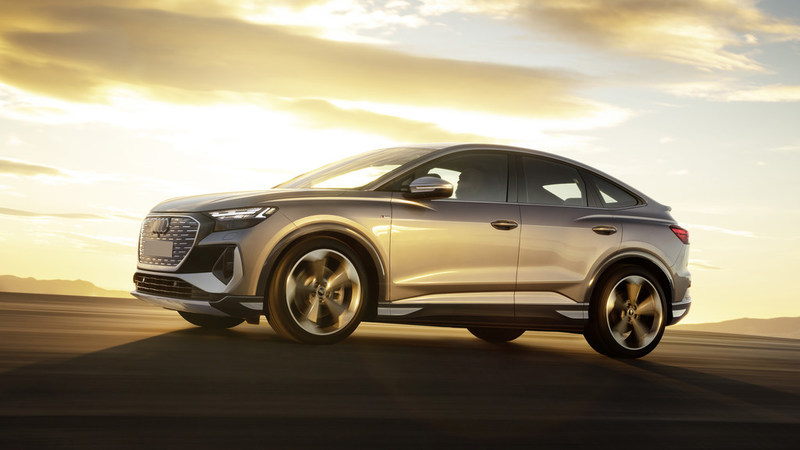 The Audi Q4 e-tron was named the 2022 Green Car of the Year by the Green Car Journal, with awards in similar categories being given to Lucid, Tesla, Chevrolet, and others.

The Q4 e-tron was selected by the group due to Audi’s “significant commitment to electrification with a growing number of plug-in hybrid and fully electric models.” The all new Q4 e-tron will provide drivers with a premium crossover experience, all while producing zero emissions. Technical specs, such as EPA estimated range, are yet to be announced.

Selection for the award is handled by a jury composed of environmental and efficiency organization leaders, Green Car Journal staff and even some celebrity auto experts, such as Jay Leno. The Green Car Journal made its debut in 1992 and has since explored the growing relationship automobiles have with the environment, energy and sustainability.

The award was announced in 2005 and has been expanded upon to include accolades given to vehicles across a variety of niche criteria. Other awards include:

Future awards include Green Truck of the Year and Family Green Car of the Year, both of which are to be announced at the San Antonio Auto & Truck Show on November 12th.