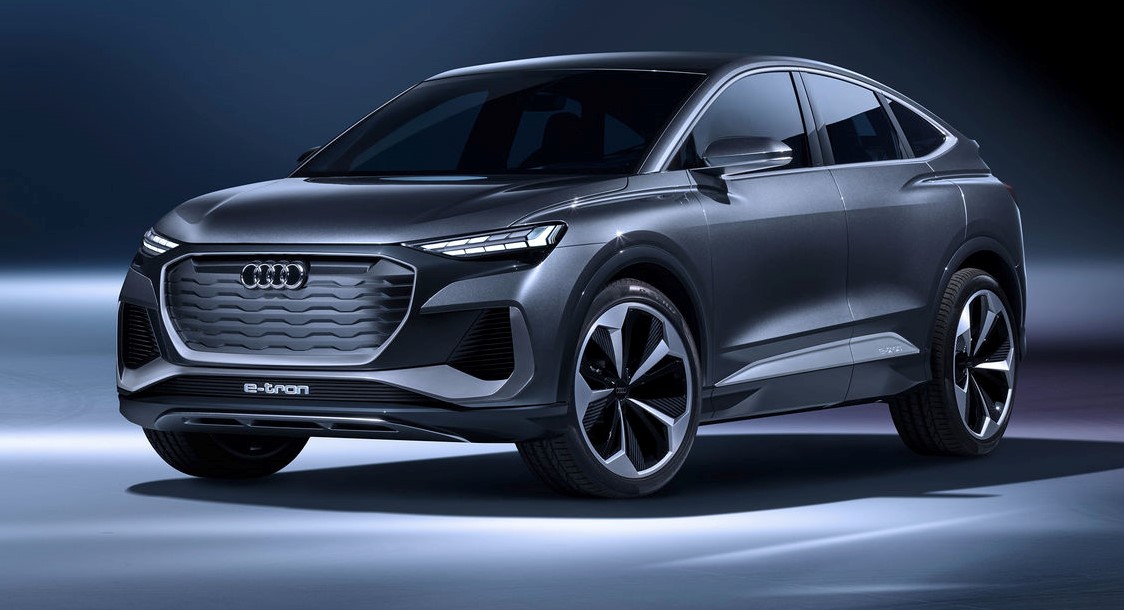 At the 2019 Geneva Motor Show, Audi unveiled its electrified Q4 e-tron crossover concept. Now, Audi has added a second body style to this mix with the fastback Q4 Sportback e-tron concept. Audi has now shown two compact electric SUVs where the only real differences are in styling. Both are 5-doors, and both can accomodate adults in the rear seat, although the Sportback does loose some cargo capacity with its coupish roofline. Both are also said to be almost exactly like the upcoming production models in every way, including the all-electric powertrain which will feature two motors driving quattro all-wheel drive. Range between charges is estimated at about 280 miles.