Audi Joins the Small Crossover Segment with the New Q1 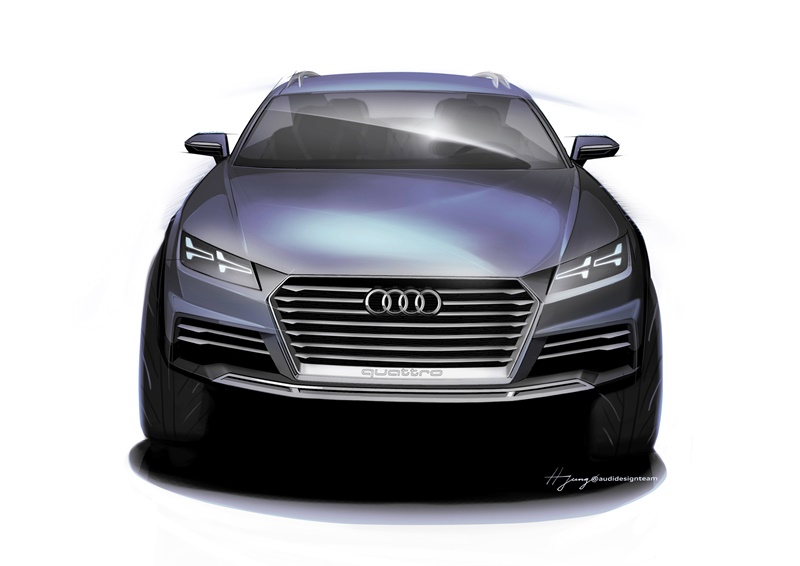 join the Nissan Juke and Mini Countryman in the small crossover segment with a new edition, the all new Q1. The new Audi Q1 will be making its debut in January 2014 at the North American International Auto Show in Detroit. The two-door model with its high ground clearance is a car made for all roads and tracks, for everyday driving and sporty recreational use.

According to Audi the show car is a systematic development of the Audi design language. It combines a host of visual elements from future sports car models with the Audi-typical all road concept and independent “Shooting Brake” body form. Measuring 4.20 meters in length, the Audi has a powerful road stance. Precise and clearly drawn lines as well as geometric surfaces are combined to create a sculptured, clear design form. It is almost as if the outer skin of the two-door car has been modeled from a solid piece, from the Singleframe grille and striking side tornado line to the taut, coupé-like rear. The pronounced horizontal body line and the large 19-inch wheels emphasize the impression of concentrated energy.

Design elements that are typical of e-tron models, such as the ribs in the Singleframe grille and in the side air inlets, fit in harmoniously with the overall design concept. The dual headlights and the honeycomb-structured Singleframe grille indicate the further development of the Quattro design language which Audi already presented with its Sport Quattro concept show car in September of this year at the International Motor Show (IAA) in Frankfurt. 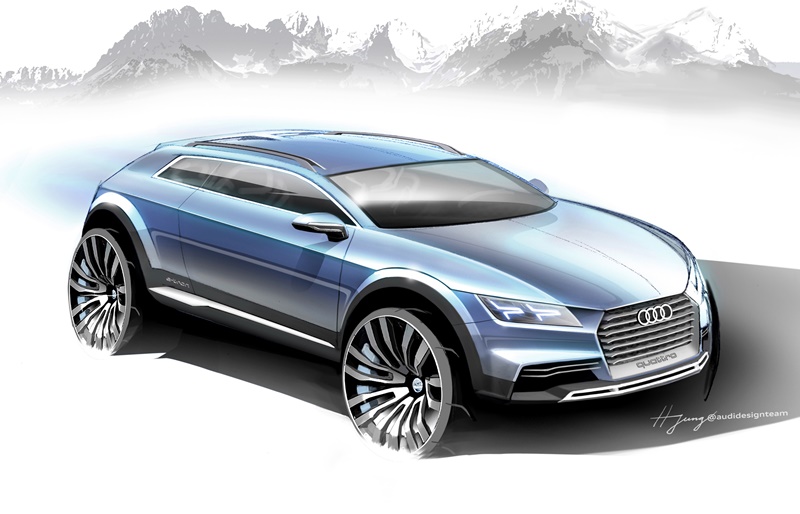