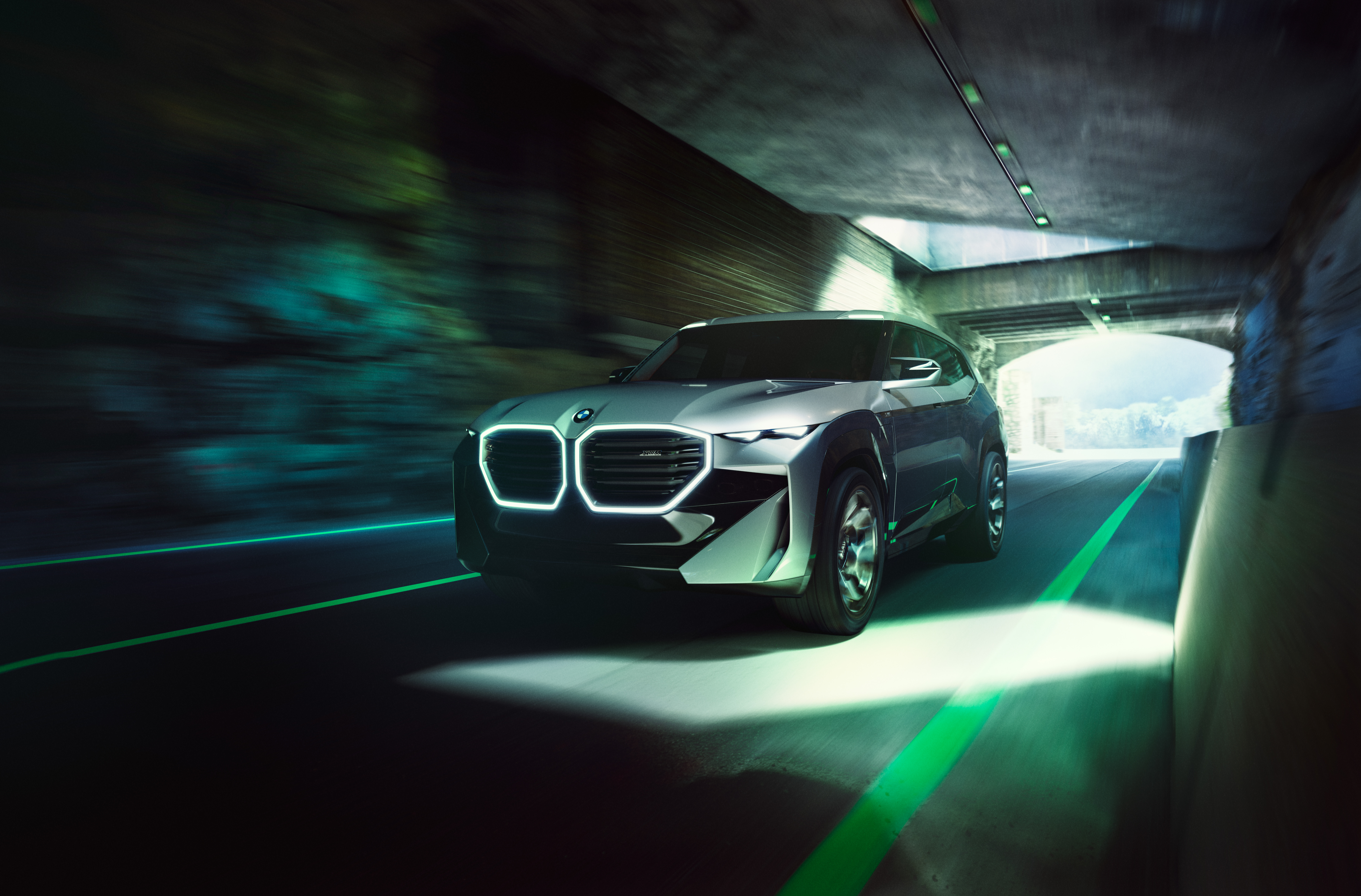 BMW’s famous M GmbH team presented the Concept XM, the first standalone BMW M vehicle since the M1, and is set to begin production at the end of 2022.

The official unveiling was made at Art Basel Miami Beach 2021. The Concept XM is said to be the most powerful BMW M car ever to go into series production. It will be powered by a V8 engine and electric motor. This plug-in hybrid (PHEV) system is a notch in BMW's ongoing electrification effort.

The newly-developed M Hybrid powertrain used for the Concept XM is claimed by BMW to output 750 horsepower and 737 lb-ft. of torque. Preliminary estimates point towards 30 miles of electric-only range. Along with being the first standalone vehicle since the M1, the XM Concept will be the first electrified vehicle to come out of M GmbH. 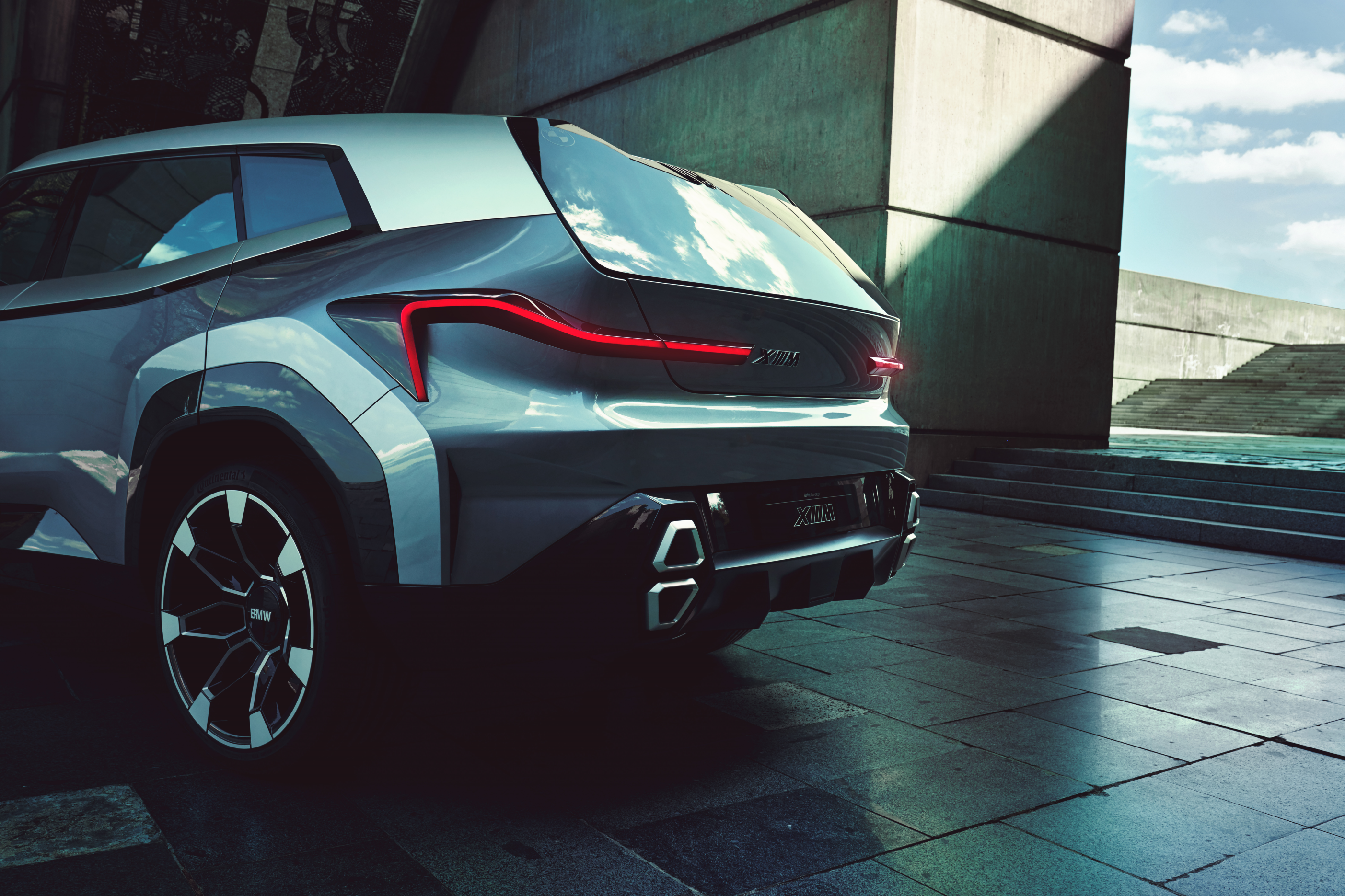 The exterior of the Concept XM debuts the new front end design for BMW’s luxury-class models. The headlights have been split into two separate units, whereas the kidney grille is split by horizontal slats. Two BMW roundels are laser-etched into the rear window-- a stylistic reference to the BMW M1. Flared wheel arches bookend each side of the rear bumper, lit up by L-shaped rear lights extending across the tailend. Characteristic dual-branch, twin-pipe exhaust has carried over from other M models.

The interior of the Concept XM is made of special materials-- vintage-esque leather, velvety upholstery and diamond quilting. The headliner is made with a three-dimensional prism structure. Paired with the cabin ambient lighting, the interior offers a spacious spectacle. 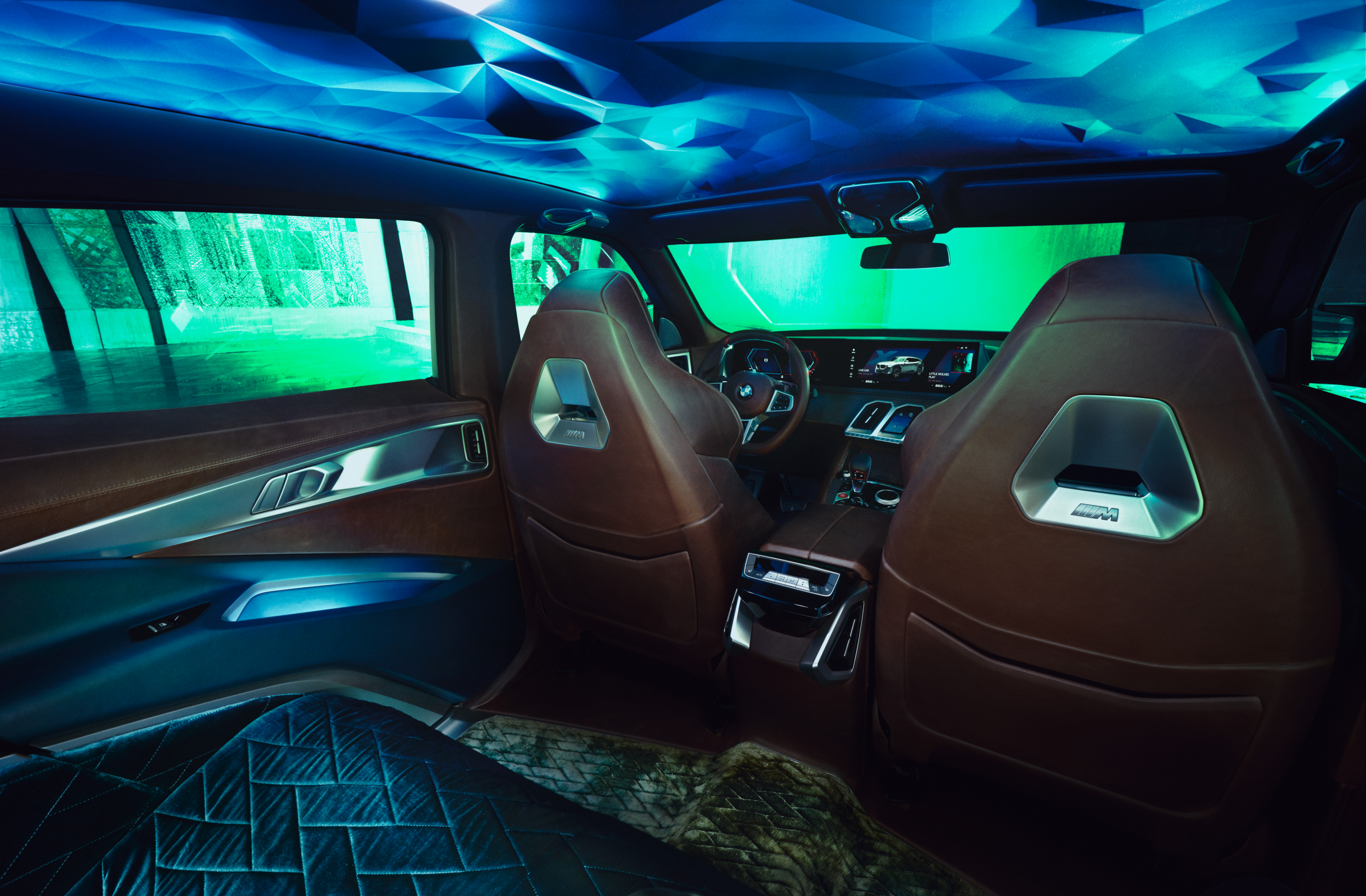 The M-specific version of BMW’s iDrive system is loaded onto the Concept XM’s curved display. While driver-centric, the display expands outwards onto the center stack. It will present drivers with pertinent information, infotainment options, and access to the hybrid drive system.

This announcement comes with BMW’s coming 50th anniversary of the M GmbH nameplate. Production of the Concept XM is slated to begin at the BMW Group Plant Spartanburg in South Carolina, as the US market is the most important for the vehicle.