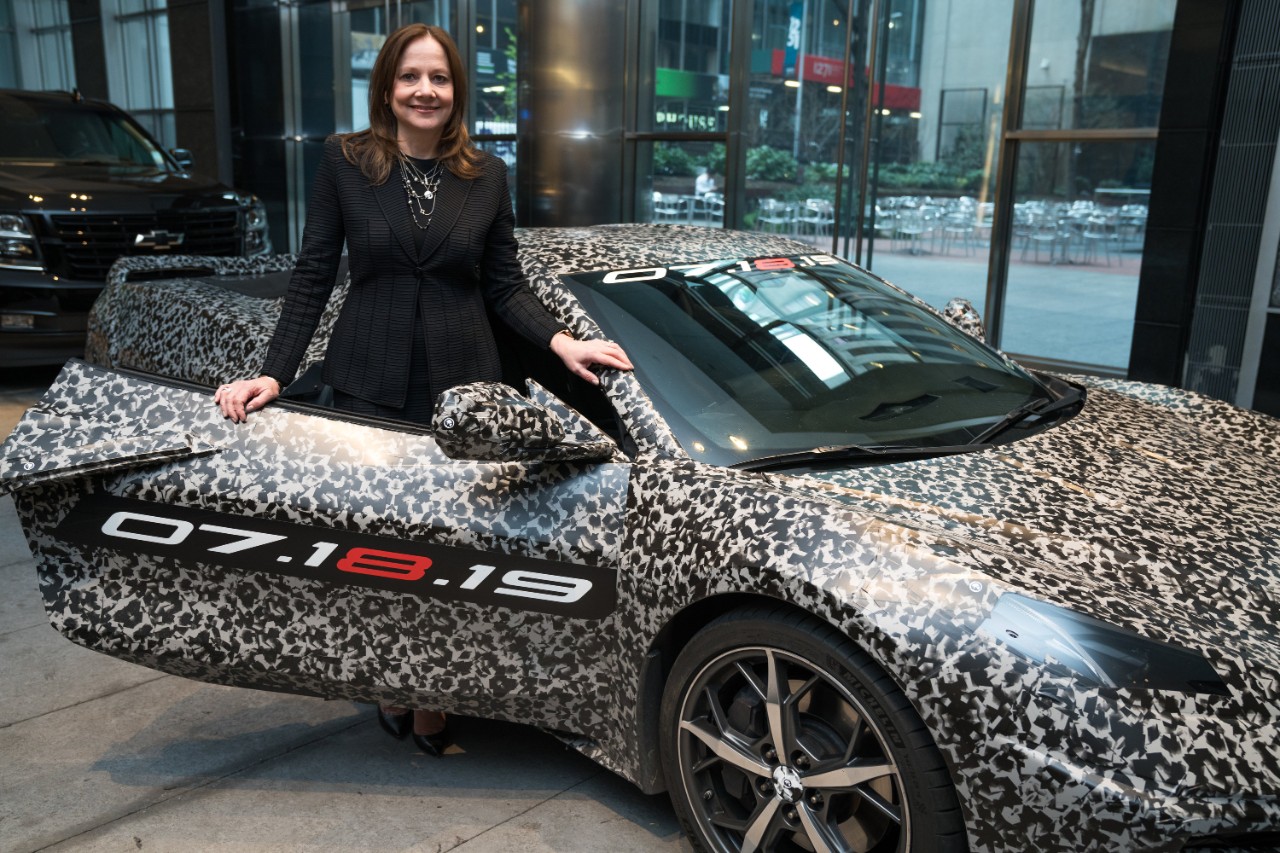 General Motors CEO Mary Barra confirmed yesterday that the long-rumored next-generation Chevrolet Corvette will indeed move to a mid-engine design, and that it will make its public debut on July 18, 2019.  Barra arrived for a NYC Charity event yesterday as passenger in a camouflaged prototype of the car, driven by Chief Engineer Tadge Juechter.  The date 07.08.19 was prominently displayed on the sides of the car, but no technical details were offered. Barra also announced that the final example of the current 7th-generation Corvette will be auctioned on June 28 at a Barrett-Jackson event in Connecticut, with all proceeds going to benefit the Stephen Siller Tunnels to Towers Foundation.