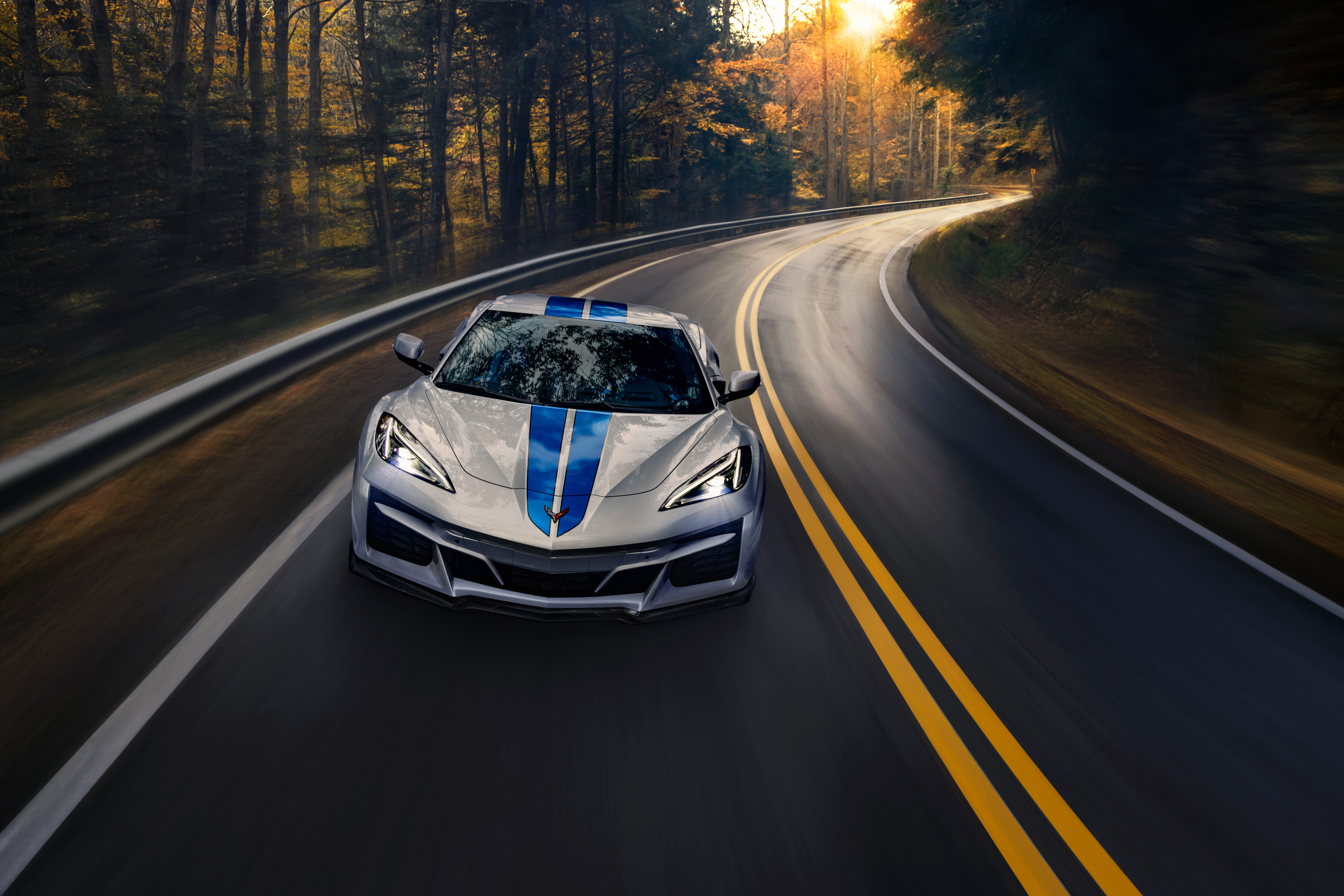 The Chevrolet Corvette is turning 70 years old, and on this historic anniversary is the debut of the 2024 E-Ray.

The E-Ray is the first electrified Corvette, featuring a hybrid powertrain and, also a Corvette-first, an all-wheel drive setup. The debut of the E-Ray coincides-- to the day-- with the unveiling of the original Corvette back in 1953 at GM’s Motorama event. 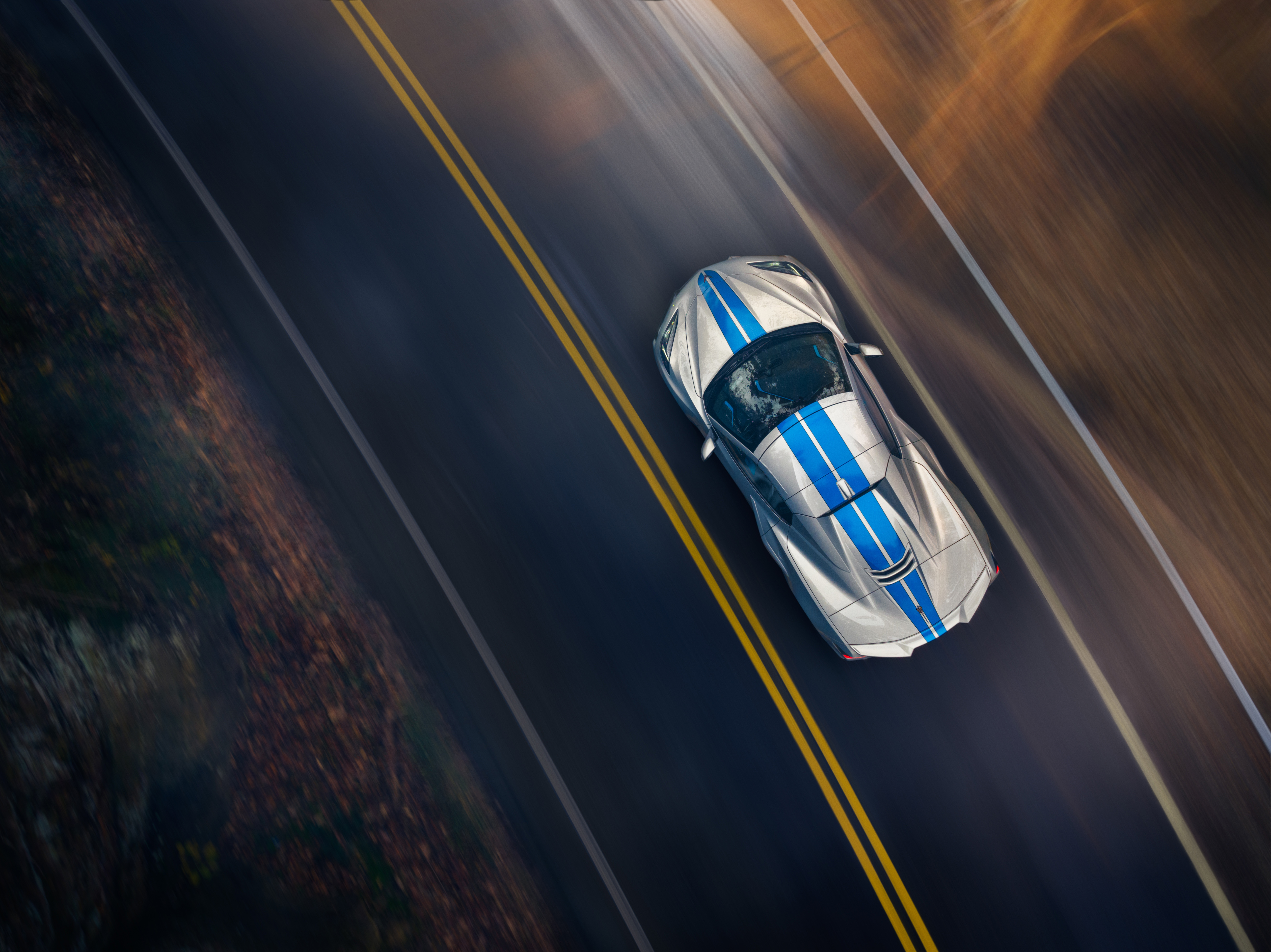 The Corvette E-Ray will put a combined 655 horsepower down to the pavement, thanks to the synergy of both internal combustion and electrification. The majority of it comes from the well-known 6.2-liter LT2 V8 engine, still mounted midship in C8 fashion and powering the rear axle with 495 horsepower and 470 lb-ft of torque; but, now mounted over the front axle is an electric motor conjuring up an additional 160 horsepower and 125 lb-ft of torque, energy derived from a 1.9kWh battery pack mounted between the seats.

Touted as the quickest production Corvette yet, sprinting from a dig to 60 mph is over in 2.5 seconds. Going farther than that, Chevrolet estimates a quarter-mile time of 10.5 seconds at 130 mph. 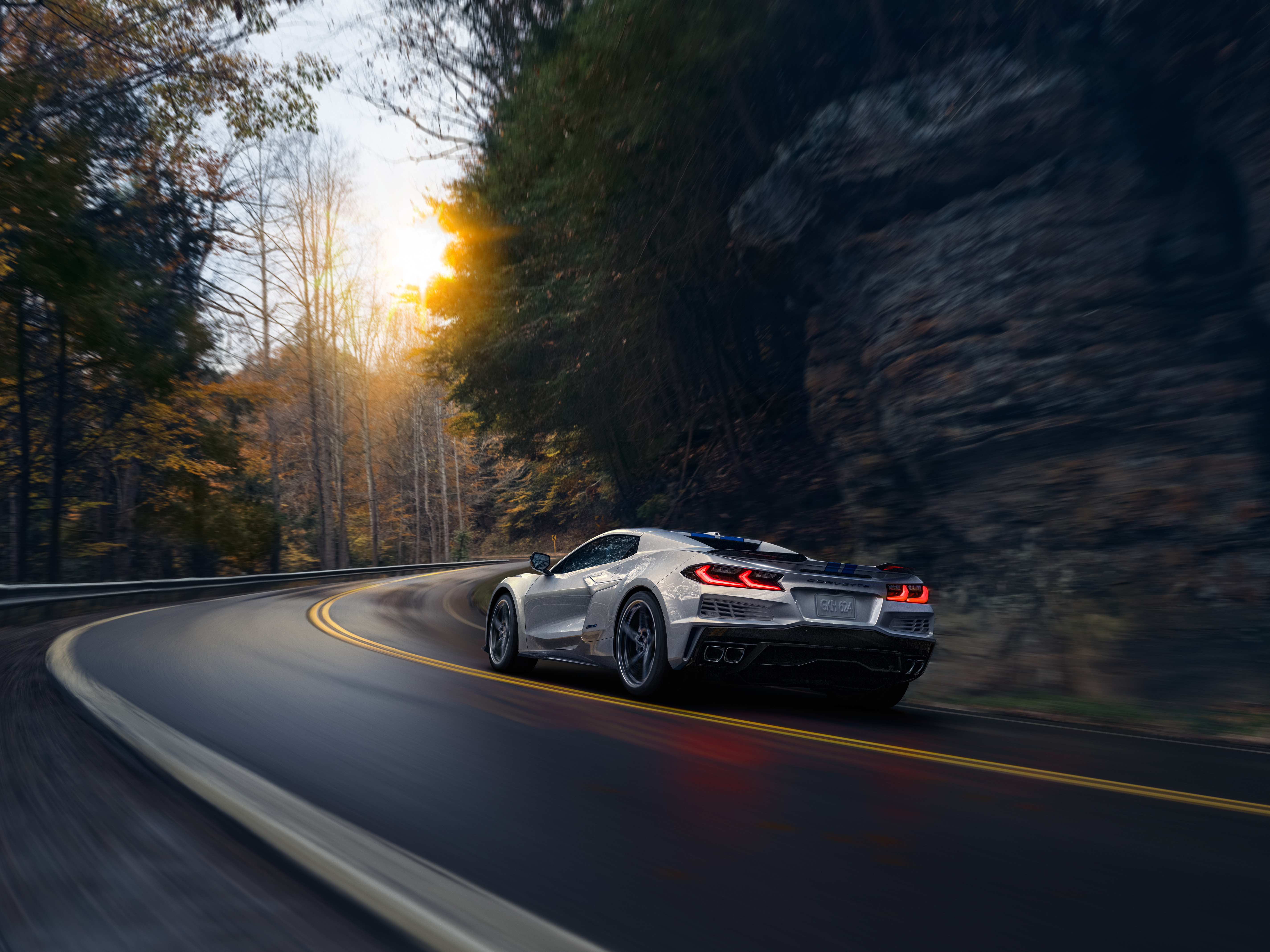 The E-Ray’s intelligent eAWD system is said to be in a constant learning state, adapting to road conditions and the driver’s needs. For example, if the vehicle senses a low traction situation, the electric motors will apply more power to the front wheels in order to enhance vehicle stability. Still, those worried about finding a charger are in luck, as the E-Ray’s hybrid system is not a plug-in; rather, the battery is charged regeneratively from driving, coasting and braking. A new “Stealth Mode” serves as an electric-only drive mode for a period of time and up to 45 mph, and a new “Charge+” feature will maximize the battery’s state of charge. Stealth mode, as the name suggests, should be most beneficial in the cities and suburbs, giving owners a chance to escape the neighborhood before the 6.2-liter's roar causes a ruckus.

Leaning back into the performance side of things, a slew of standard features round out the E-Ray as a solid performer: a new lightweight 12-volt battery, Brembo carbon-ceramic brakes, Magnetic Ride Control 4.0, and a staggered wheel setup wrapped standard in Michelin Pilot Sport all-season tires, 275/30ZR20 in front and meaty 345/25ZR21 in rear. An optional performance package adds Michelin Pilot 4S Summer tires.

The E-Ray is built using the Z06 widebody proportions, used to accommodate the larger wheels and, thus, enhancing performance. Consumers will be able to choose between a removable roof coupe or a hardtop convertible and 14 exterior color choices, like the new Riptide Blue, Seawolf Gray and Cacti. An E-Ray-only body-length stripe package (done, fittingly, in Electric Blue) is available. 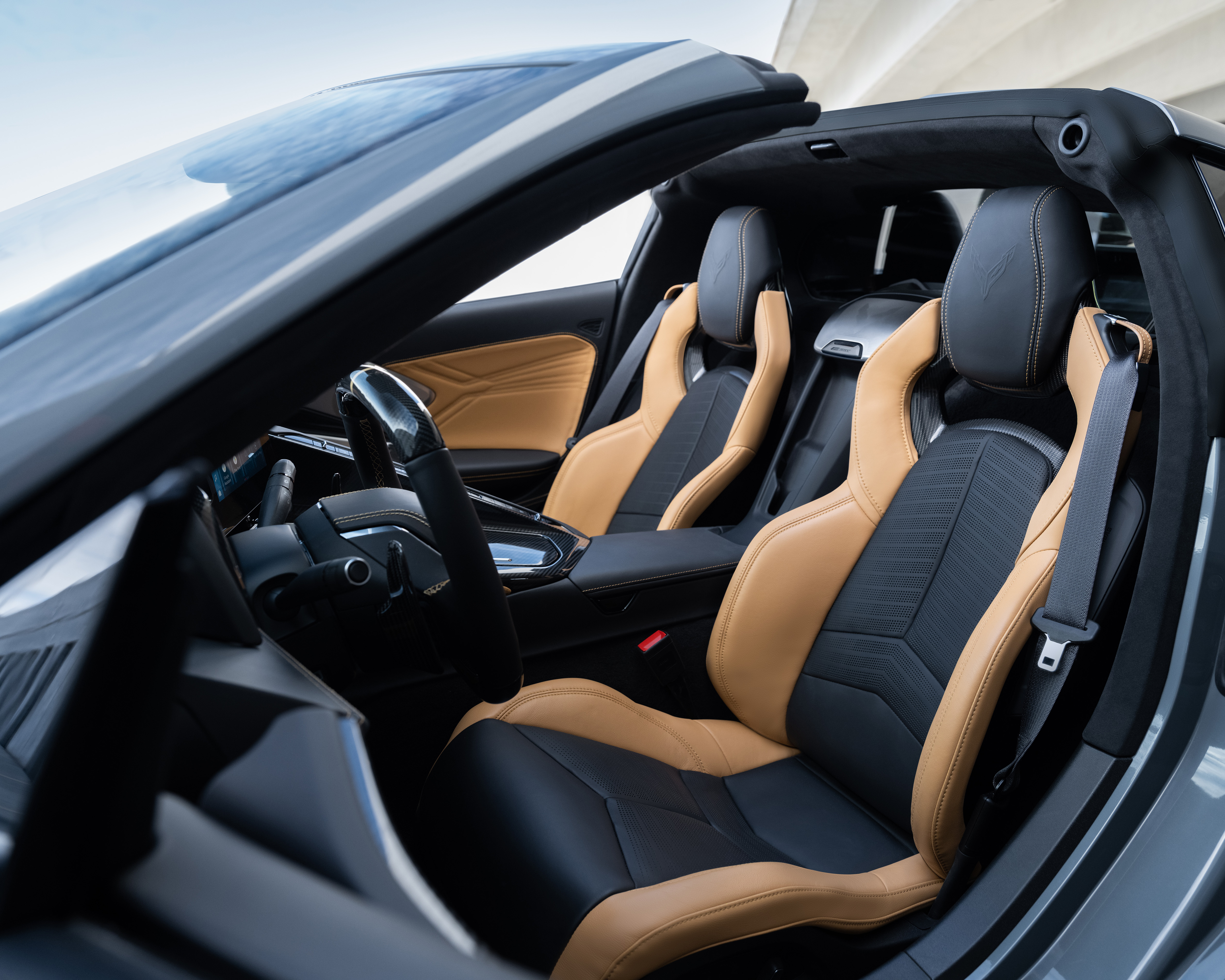 The cabin will share the same general layout with the “standard” C8, though E-Ray drivers will note the new “Charge+” and Stop-/Start buttons on the console, as well as updates to both infotainment screen and instrument cluster “aimed at providing a more integrated appearance.” A new Artemis Dipped interior is available amongst seven interior colors, along with two carbon fiber trim packages, three seat choices, and more.

“Corvette has been a halo for Chevrolet since 1953,” said Scott Bell, vice president of Chevrolet. “E-Ray’s unprecedented blend of confidence, luxury performance, sophistication and style provides a new reason for more people to experience Corvette.”

The 2024 Chevrolet Corvette E-Ray will go on sale in 2023, produced at GM’s Bowling Green Assembly facility in Kentucky, made from US and globally sourced parts. Customers of the 1LZ coupe can expect to pay a starting MSRP of $104,295 before delivery, with 1LZ convertibles asking a tad more at $111,295 to start.