Home » Auto News » This Just In » Chevrolet Returns to the Big Screen This Summer in Michael Bay’s “Transformers: Age of Extinction”

Chevrolet Returns to the Big Screen This Summer in Michael Bay’s “Transformers: Age of Extinction” 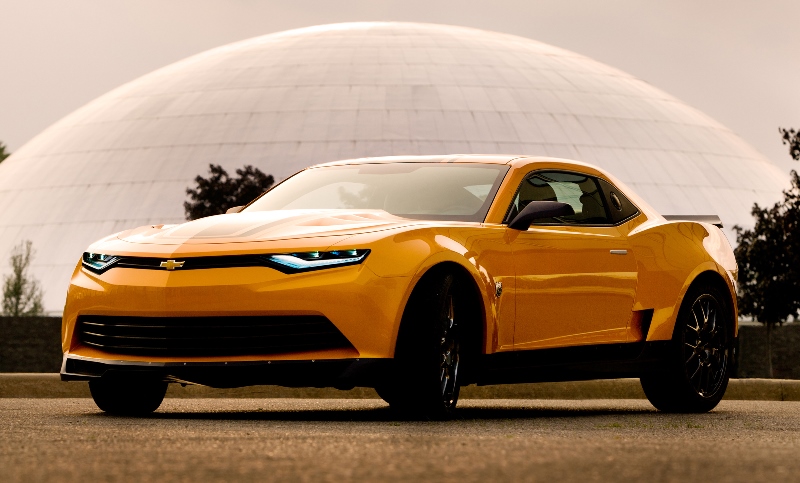 Chevrolet will once again turn heads when the Transformers movie franchise returns to screens around the globe with a Camaro that converts into the iconic Bumblebee. Chevrolets sold around the world including a Corvette Stingray that converts to Autobot Crosshairs, a Trax and a Sonic will be featured in the upcoming “Transformers: Age of Extinction” from director Michael Bay, in theaters June 27.

The fifth-generation Camaro was converted into Bumblebee in the 2007 film “Transformers,” the 2009 film “Transformers: Revenge of the Fallen,” and the 2011 film “Transformers: Dark of the Moon.” The latest edition features two Camaros specifically built for the film, one a heavily modified vintage 1967 Camaro SS and the other a futuristic concept Camaro.

In addition to providing vehicles for the production, General Motors’ locations for filming included GM Design at the Warren Technical Center, the Milford Proving Ground and the Lansing Grand River Assembly plant.