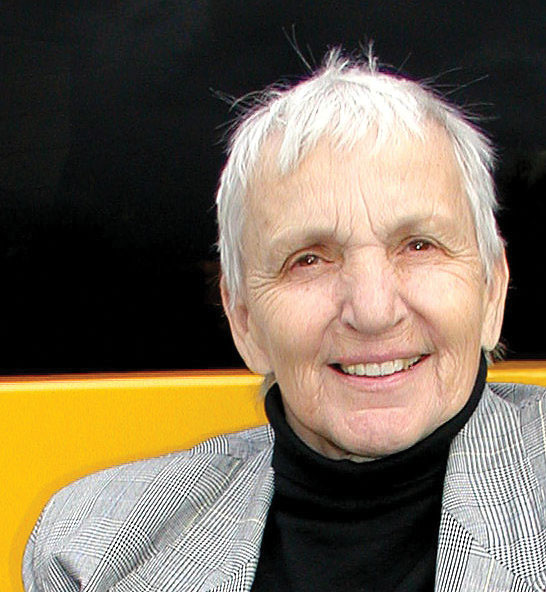 Respected author, journalist, racer, and photographer Denise McCluggage has died at age 88.  Known as the Grande Dame of automotive journalism, Denise got her first job at the San Francisco Chronicle where she fell into the region’s active sports-car scene. In 1954, Denise moved to write for the New York Herald Tribune, where she became a sportswriter and led the charge for gender equality in both journalism and racing.  As a sports journalist, Denise covered skiing, parachuting, and of course racing, among others.  It has been said that she attempted almost every sport, but racing is what grabbed her attention.  Denise was an editor and contributor to Competition Press and then Autoweek for over 50 years and continued to file columns for them right up to her passing.

During her racing years Denise achieved great success against the best drivers in the world.  At the 1957 Nassau Speed Weeks, she finished ninth in the TT, fourth in the Governor’s Trophy, and eighth in the Memorial Trophy. She won her class at the 1960 Watkins Glen Grand Prix and at Sebring in 1962, and was the top of her class at the 1964 Monte Carlo Rally in a Ford Falcon.   Recognizing that talent knows no gender, Denise was freely accepted into the fraternity of racing drivers of that era, and routinely rubbed elbows and scraped paint with Phil Hill, Juan Manuel Fangio and Stirling Moss. In 1959 she was a guest on the TV show "To Tell the Truth."   Denise was inducted into the Automotive Hall of Fame in 2001 and in 2006 the Sports Car Club of America Hall Of Fame, and her writing has garnered both the Ken Purdy Award and the Dean Batchelor Lifetime Achievement Award.

For more information about Denise McCluggage and all of her amazing accomplishments visit http://denisemccluggage.com/