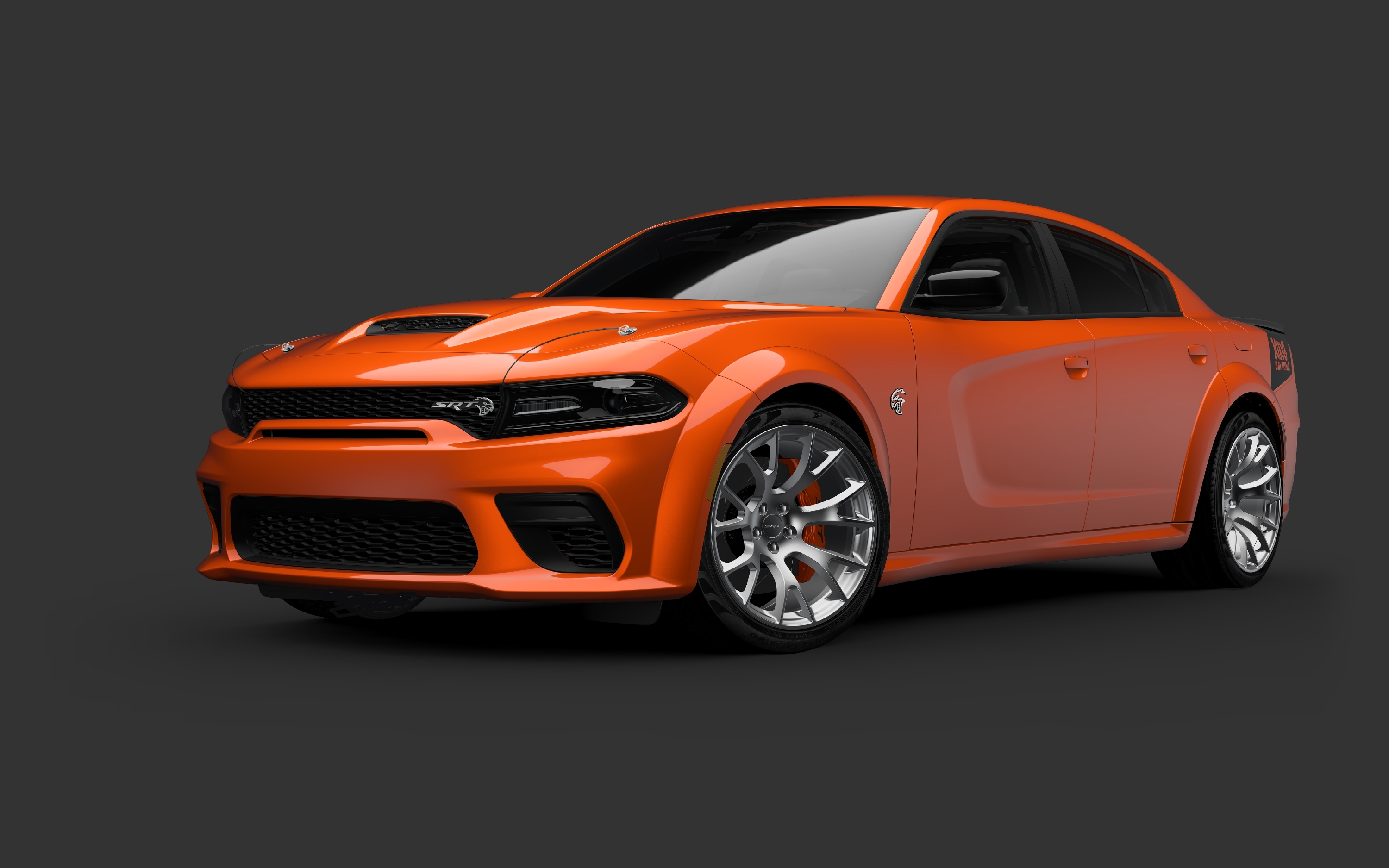 Dodge has been on a roll announcing their 2023 “Last Call” Charger and Challenger models over the last several weeks, and they’re keeping the dream alive with another installment: the King Daytona.

Its full name is the 2023 Dodge Charger King Daytona, and it can trace its royal lineage all the way back to the 60’s and 70’s West Coast drag-racing scene. It was there when famed dragster William “Big Willie” Robinson crowned his ‘69 Charger as “King Daytona,” using its muscle as part of a greater plan to keep racers on the track and off the street. 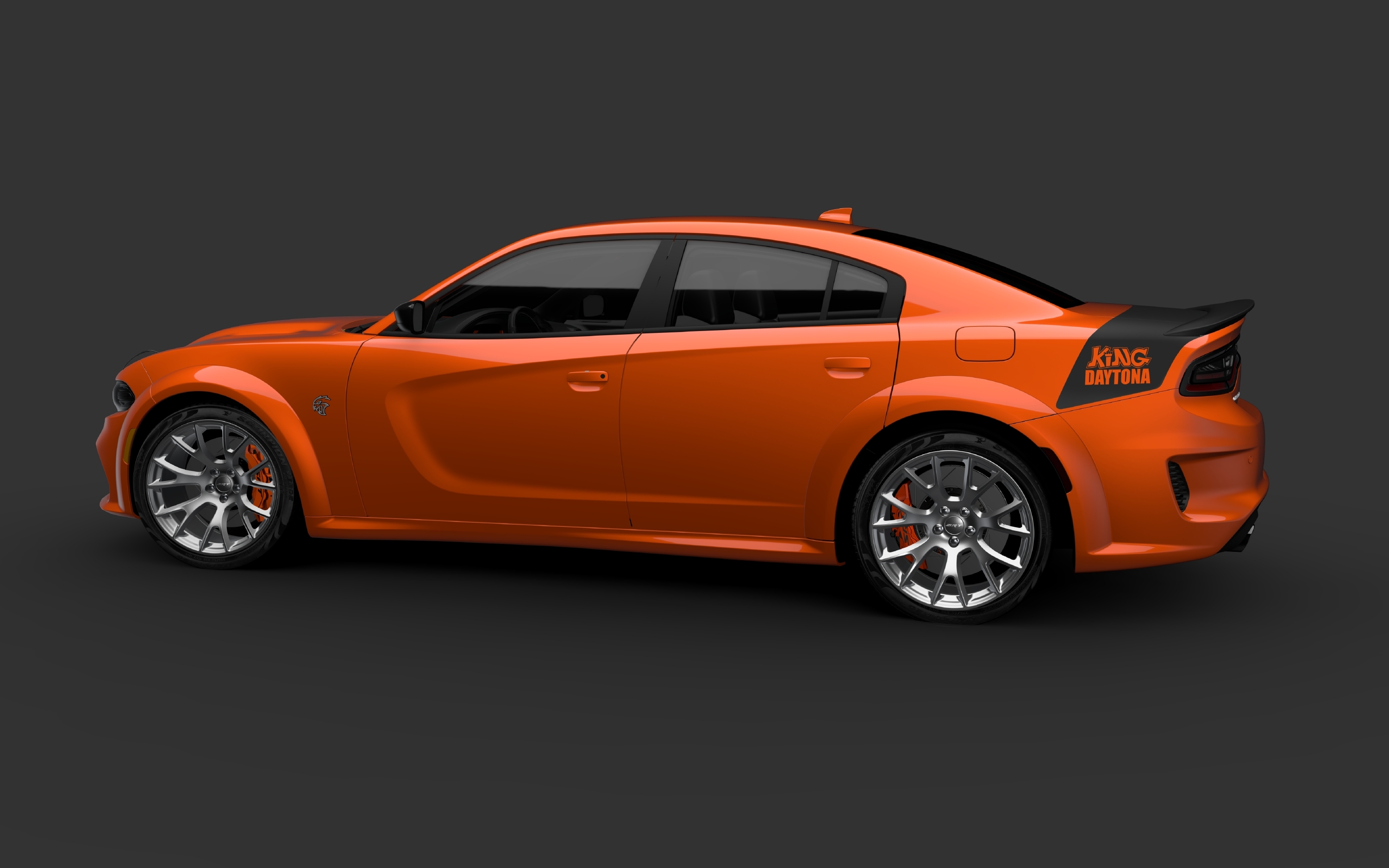 An inspirational story, and one certainly worthy of a special edition model. That’s where the new King comes into play. This fighter punches up to 807 horsepower (10 more than the SRT Hellcat Redeye it’s based on) and, we assume, the Hellcat’s obscene 707 lb-ft of torque. The rest of the changes are essentially for style points; but it’s quite a looker indeed.

The widebody Charger is lacquered in “Go Mango” orange paint, contrasted by satin black graphics along the hood, roof and rear fenders, the latter of which adorns the “Daytona” livery. The six-piston Brembo brakes are also orange, sheathed by 20x11-inch Satin Carbon Warp Speed wheels. They match the bright MOPAR hood pin kit, as well as the satin chrome exterior badging. In the rear, a satin black spoiler slightly protrudes above the rear deck. 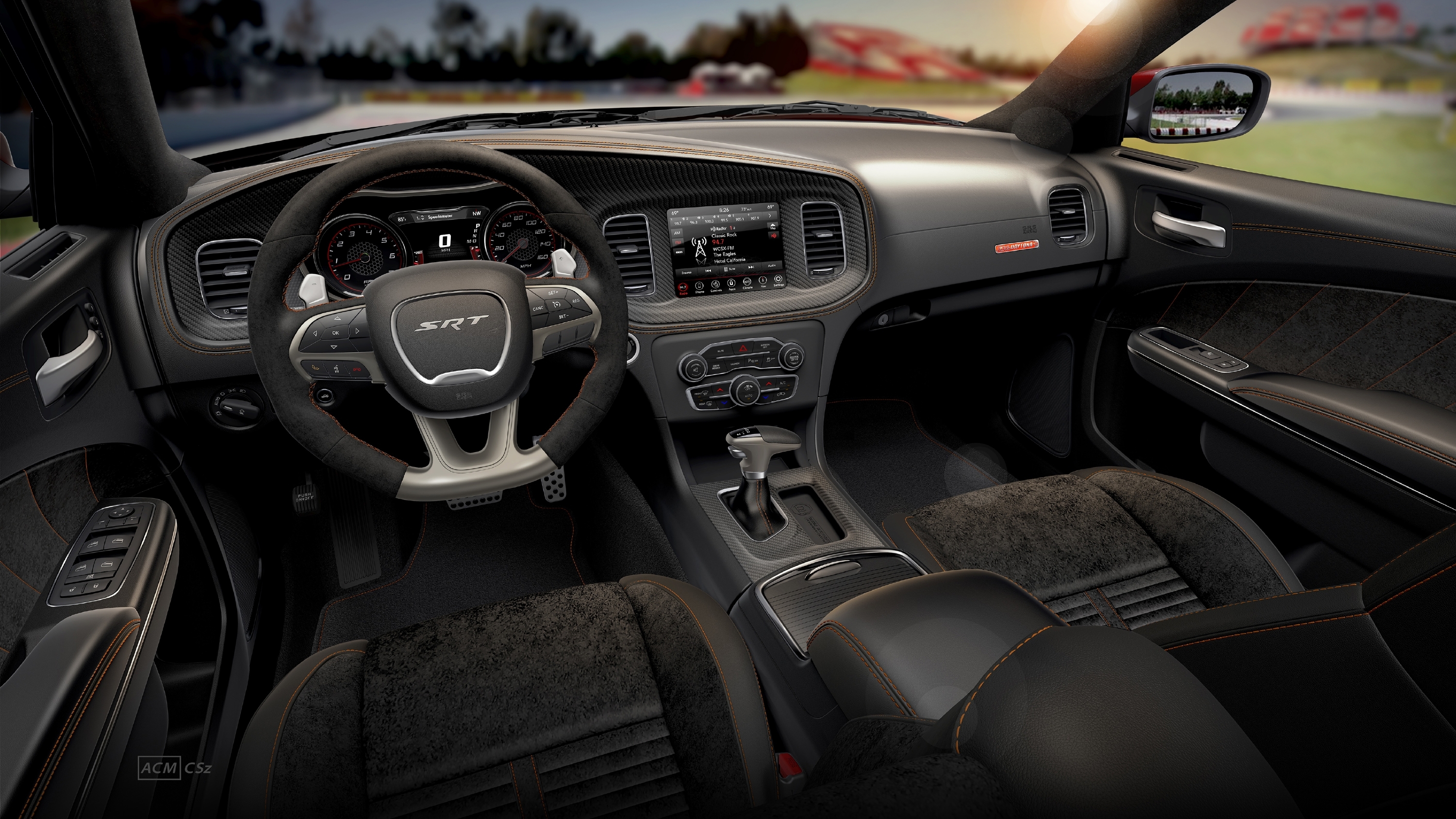 Inside is a similar motif; black all around with orange stitching to hold it together. The Nappa/Alcantara seats are the best example of this, embossed with an orange “Daytona” logo near the top. There’s also an Alcantara steering wheel, a suede headliner and carbon fiber trimmings placed throughout. Most will want to enjoy the supercharged sounds of that 6.2-liter HEMI, but the Harman Kardon premium sound system is there if you need it, complimented by a power sunroof and navigation package. The instrument panel flashed a unique King Daytona badge, further signifying this model’s speciality.

Though if that isn’t enough, owners can take pride knowing just 300 units will be made. As with all “Last Call” models, pricing and dealer availability will be announced closer to order dates, expected for later this fall.