Home » Auto News » This Just In » For National Name Your Car Day, Volkswagen Shares How Some of Their Models Got Their Names

For National Name Your Car Day, Volkswagen Shares How Some of Their Models Got Their Names

We didn't know that National Name Your Car Day (October 2) was even a thing, but Volkswagen did, and has shared the art and science behind how today’s Volkswagens and some of their classic predecessors earned their badges. 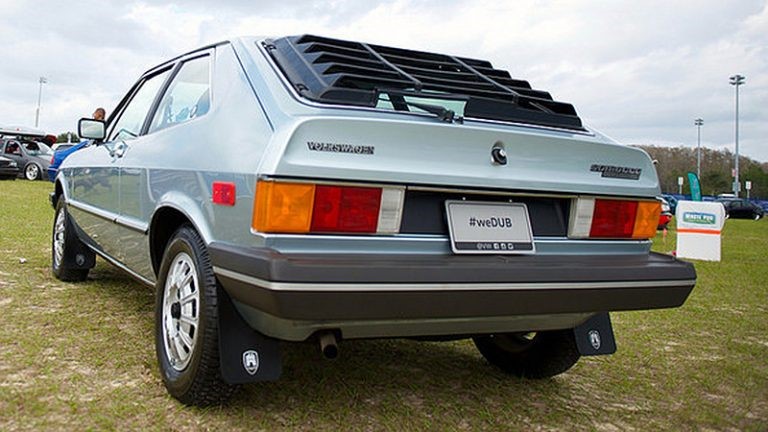 Arteon
The Arteon takes its name from the Latin word for art (artem) and alludes to the emphasis VW placed on its design. The four-door coupe includes features such as chrome strips on its frameless side windows and a wraparound grille.

Atlas
Technically the third VW named after a Greek titan; in ancient myth, Atlas held up the sky – which is appropriate for Volkswagen’s first seven-passenger SUV.

Beetle
Not long after it first appeared on German roads, the Volkswagen Type 1 was dubbed the Käfer – or Beetle. That name survived the translation into English and dozens of other languages and became the model’s official moniker by the late 1940s. (Other nicknames: “the bubble” in Denmark, “coccinelle,” or ladybug, in France, and “turtle car” in Thailand.)

CC
Originally known as the Passat CC, which has been taken to mean “comfort coupe.” Although coupes are generally two-door cars, among modern designers the word “coupe” can also describe cars with the sloping roofline of a coupe, regardless of how many doors they have.

Corrado
Derived from the Spanish verb “correr,” meaning to run or to sprint. (Prototypes had a different, wind-related name that was nixed during development.)

Eos
Eos is the Greek goddess of the dawn, an obvious reference for a hardtop convertible.

Golf
Several VW models take their names from winds, a pattern that’s more of a historical accident than a planned strategy, and you many think that trend continued with Golf. But “Golf” isn’t a type of wind – it’s the German word for the Gulf Stream ocean current. It also happened to be the name of a key manager’s horse, which appears to be the real inspiration.

Jetta
A proper example of the wind motif on Volkswagen models, the word Jetta comes from the German name for jet stream.

Passat
Launched in 1973, the Passat was the first modern-era Volkswagen, and took its name from the German word “passatwinde,” or trade winds.

Phaeton
Another in the Greek mythology series, Phaeton was a god who almost lost control of the chariot that pulled the sun across the sky. In the 19th century, a phaeton was a specific type of carriage, one with large wheels and an open body designed for speed. In the early days of the auto industry, the name was sometimes applied to open-topped, powerful vehicles – and while the Phaeton has never been built as a convertible, the powerful sense of the name made it a natural for a luxury sedan and wagon.

Scirocco
The VW sports coupe took its name from the “sirocco,” a hot, powerful wind from the Sahara that blows northeast across the Mediterranean Sea.

Taos
The Volkswagen Taos SUV designed specifically for North America, shares the same name as the New Mexico town. Home to 6,000 people, Taos has been known for centuries for its breathtaking views, its traditional culture and the artists who have set up colonies there since the turn of the 20th century.

Tiguan
Ahead of its launch in 2009, Volkswagen teamed with a German automotive magazine to poll readers about what the new compact SUV should be named. The choices included Namib, Rockton, Samun, Nanuk and Tiguan – a portmanteau of the German words for tiger and iguana. It’s also the latest in a series of animal-inspired names, along with Rabbit and Fox.

Touareg
One of the most challenging names to appear on a Volkswagen was inspired by the Tuareg people, known mostly as a tribe of Berber nomads who live in the northern Sahara Desert.

up!
The city car sold in Europe has had the punctuation mark included with its proper name, much as #PinkBeetle serves double duty as a social-media hashtag. “up!” also happens to be the middle two letters in “Lupo,” one of the vehicle’s predecessors. (“Lupo” is Latin for wolf, while “Amarok” means a similar animal in Inuit – both nods to VW’s hometown of Wolfsburg, Germany.) 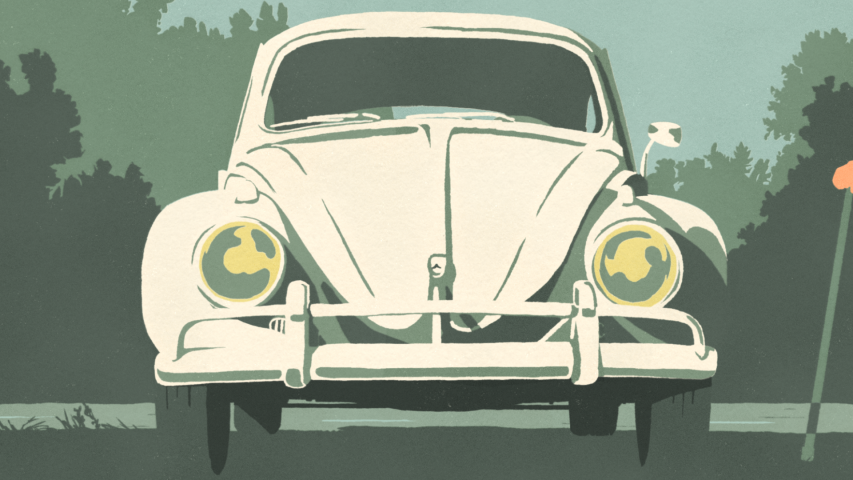