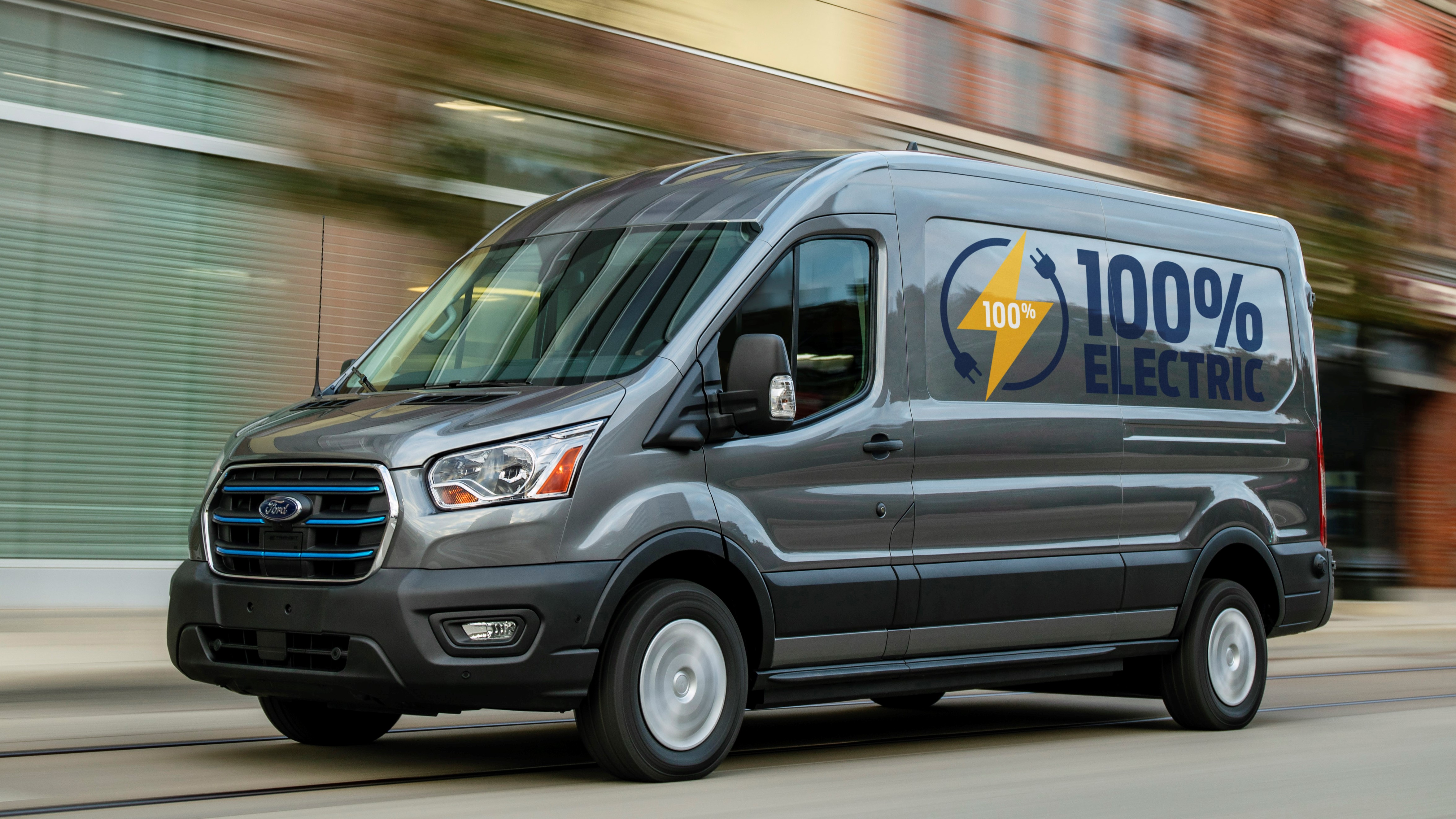 Ford has officially released details on its 2022 all-electric E-Transit cargo van lineup. The leader in commercial vans pegs the maximum range of the E-Transit at 126 miles between charges. That should easily be sufficient for most urban delivery schedules. The battery pack is rated at 67 kilowatt-hours and the electric powertrain generates 266 horsepower and 317 pound-feet of torque. That's slightly less horsepower but substantially more torque than the gasoline powered Transit's standard 3.5-liter V6. Using a fast charger, the E-Transit can add 45 miles to its range in only 15 minutes. Available in a wide variety of configurations including a chassis-cab, in van form the maximum payload capacity is pegged at 3500 pounds. With the batteries located under the floor, van cargo volume is unchanged from comparable Transits with traditional powertrains. Ford says their Pro Power On Board generator for charging tools will be an option. The 2022 Ford E-Transit should start to join fleets late next year.