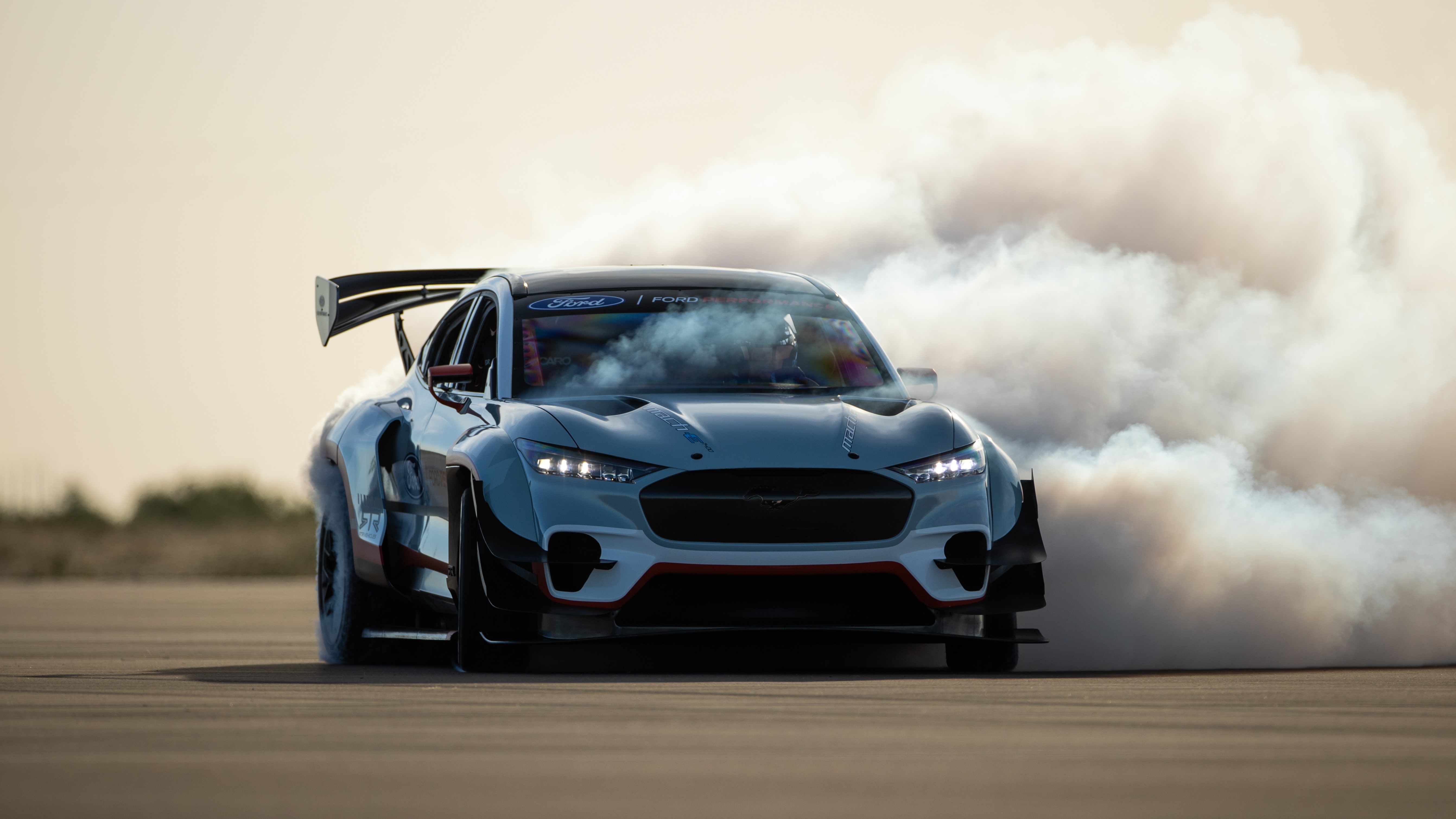 For anyone that still has a doubt that all-electric cars are fast, just take a gander at the Ford Mustang Mach-E 1400 prototype. With no less than seven electric motors, this one-of-a-kind concept delivers, as the name says, an outragious 1400-horsepower! Developed in collaboration with RTR Vehicles, it is capable of 160 miles-per-hour using an ultra-high performance battery pack. Starting with a Mustang Mach-E GT body-in-white, the '1400' took 10,000 hours of design, engineering, and execution to come to its speedy life. The car is all about making sure that when customers lineup to buy the more civilized Ford Mustang Mach-E that they will know it lives up to the performance image that all Mustangs have promised since day one. the Ford Mustang Mach-E 1400 is set for a public debut at a NASCAR race soon