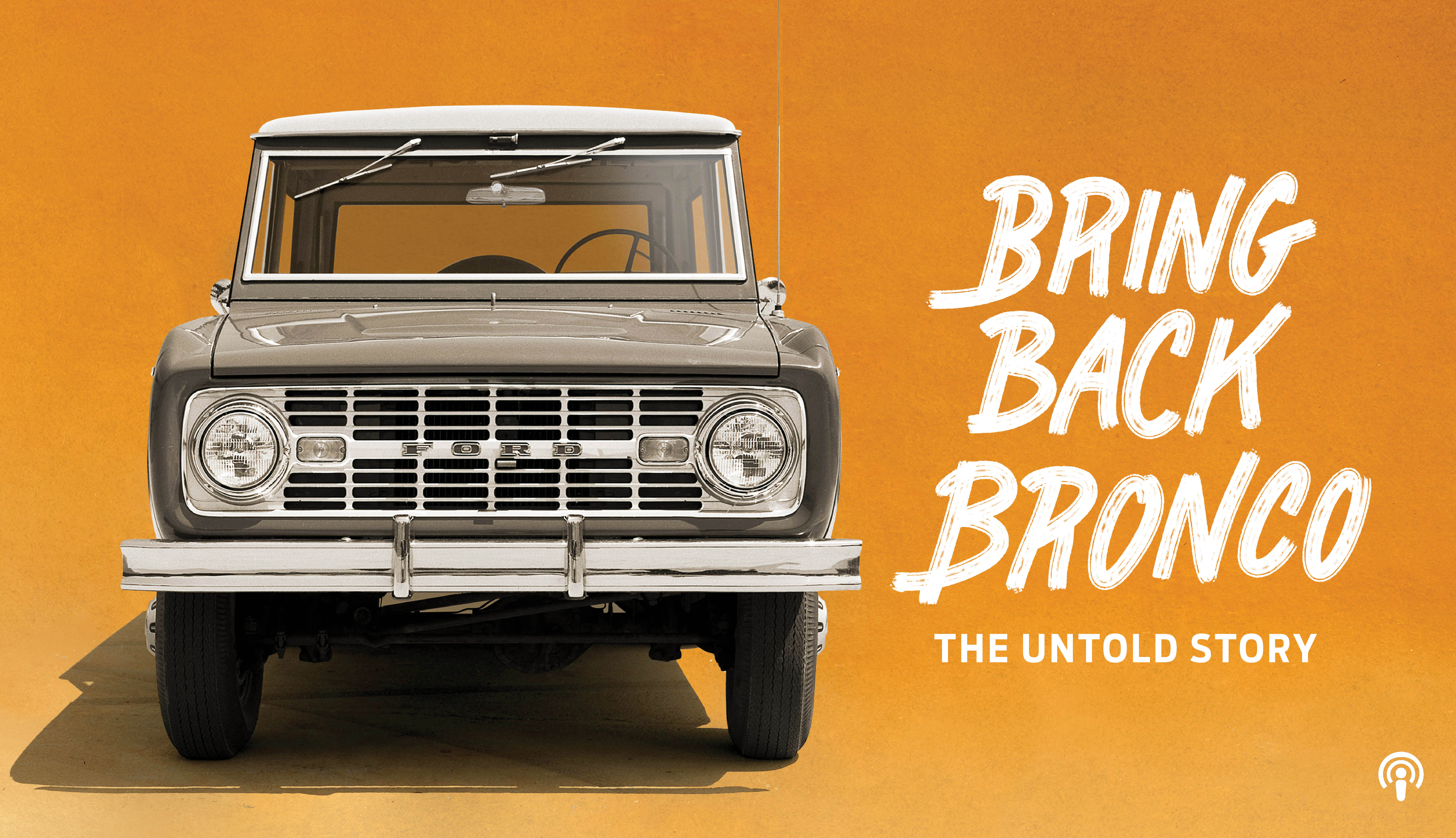 Bronco-mania is in full swing, and to feed that passion Ford has created an 8-part podcast that details the rise, fall and rebirth of this legendary off-roader.  "Bring Back Bronco: The Untold Story" recounts not only the history of a truck, but weaves it into the fabric of America over the past 50 years. The Ford Bronco is one of the most beloved brands in American automotive history. But when the last one rolled off the assembly line in Wayne, Michigan on June 12th, 1996, it was thought to be the end of an era. Journalist Sonari Glinton hosts the podcast, taking listeners on the road trip of a lifetime to find out why Ford killed the Bronco and meet the passionate fans and team of Ford employees who went underground to bring it back.  This 8-part serial is a fifty-year odyssey of blood, sweat, and dirt. It takes you from the dizzying heights of the post-war boom, to the most watched police chase in American television history and this year’s rebirth of the Bronco. Episodes one and two are available now on most podcast platforms.

Here is the complete episode schedule with release dates:

August 10, Episode 2: Cracks in the Pavement

September 7, Episode 4: End of the Road

September 21, Episode 5: Driving in the Dark

October 5, Episode 6: Stuck in the Mud