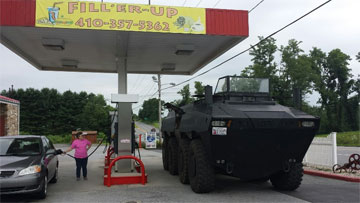 While the streets may not be filled with walking dead today, you never know what tomorrow holds. But, we don't think that's the reason Ted Yadlowsky, Paul Dowling, and Zach Odani decided to pick up a full military specification General Purpose Vehicles 8x8 Colonel.

After an extensive background check and submitting the highest bid, they scored this GPV from the Oakland County, Michigan, Police Department. Now, you can see it sitting in front of a Maryland American Legion.

I used to wonder what could one-up a gorgeous prancing horse, resting in your stable. It may be safe to say this is it. 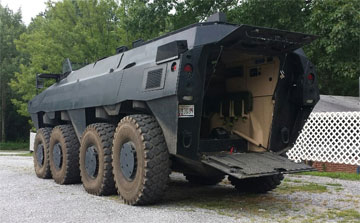 It weighs in at 24.5 tons and can carry 16 people. Being street legal, you may pick up groceries in it, and the top speed of over 60 MPH will get you home before the ice cream melts. The engine is a 350 horsepower Caterpillar C7 6-cylinder diesel, and is capable of traveling 900 miles before you need to fill the 3 fuel tanks back up.

If you wanted to take it off the group's hands, be ready to shell out around $7 million. Did we mention it's fully amphibious?

First responders used this during Hurricane Katrina to rescue livestock, and as you may guess did a good job deterring looters.

This bad boy was already used in the remake of the movie Red Dawn, and you can expect to see it pop up in others in the future. 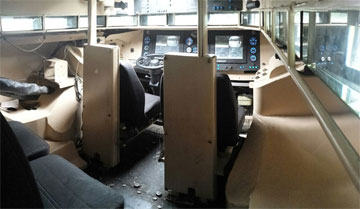 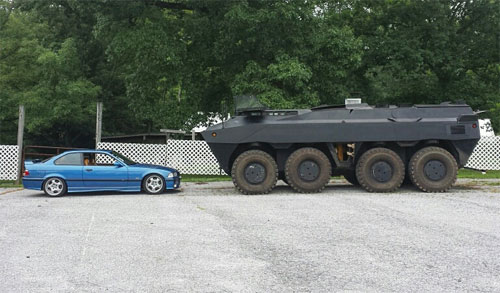