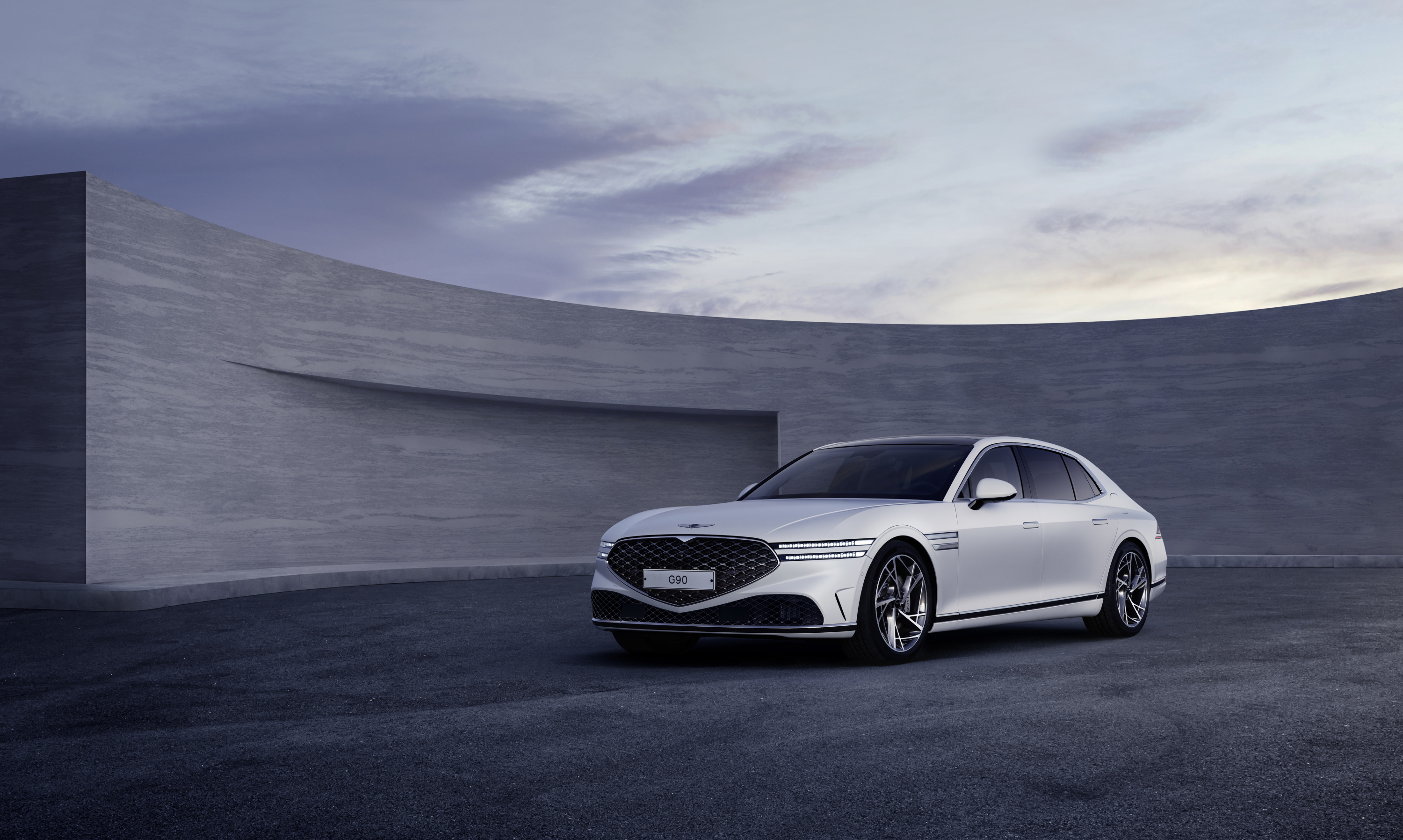 We recently reported on the Genesis G90 sedan refresh; now, more details have been released regarding the interior, functionality and technology of their latest flagship.

This is the G90’s first full model change since 2018; as such, it features an updated design both inside and out, as well as new tech and connectivity features to enhance the driver’s experience. New personalization features, including a “Virtual Venue” and “Mood Curator” allow drivers to add their own touch to their G90’s cabin.

Starting in the front, a new Crest Grille and Two-Line headlights immediately give away the G90’s refresh. The grille is composed of two “G-Matrix” patterns,  layered on top of each other to give off a 3D effect. The headlights are the thinnest of a Genesis model yet. Around back, the G90 is defined by Two-Line combination tail lights elongated across the trunk-- the Genesis namesake underneath. 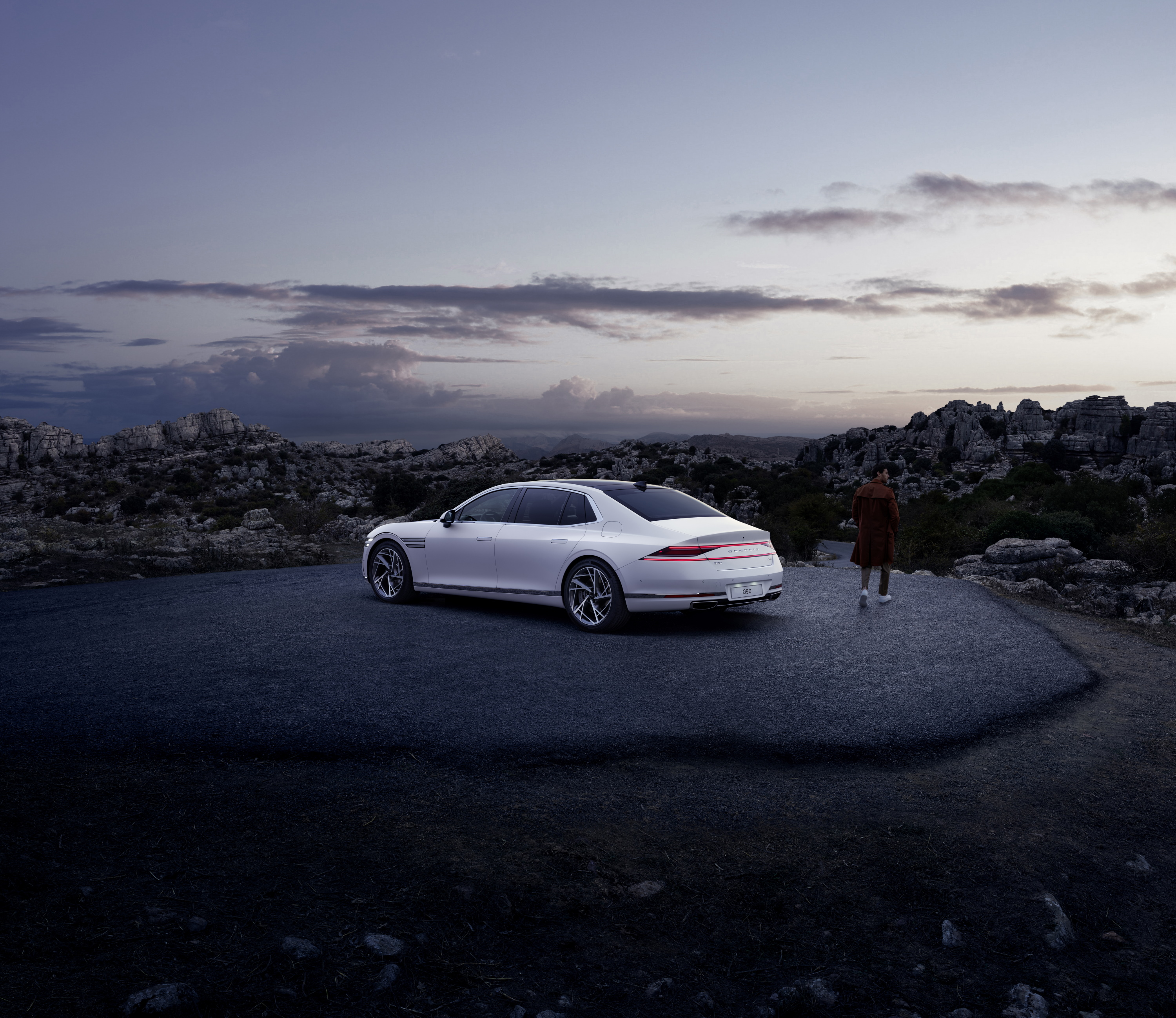 Genesis designed the interior of the new G90 to meet the standards set by both drivers and passengers; namely, driven by chauffeurs. As such, both the front and rear of the cabin have seen updates.

Drivers will be assisted by various convenience and safety technologies, such as EasyClose and Remote Smart Parking assist; the former closes the door without the passenger needing to reach for it, whereas the latter uses a wide-angle camera to aid in tight parking conditions. A new Fingerprint Authentication System in the center console allows for keyless operations.

A new brake mode, “Chauffer,” incorporates the G90’s new suspension and braking technology to provide a smoother ride. When this mode is activated, drivers can control the level of braking force. Preview-Electronic Control Suspension uses a front camera to scan the road ahead and adjust the suspension for a smoother ride. 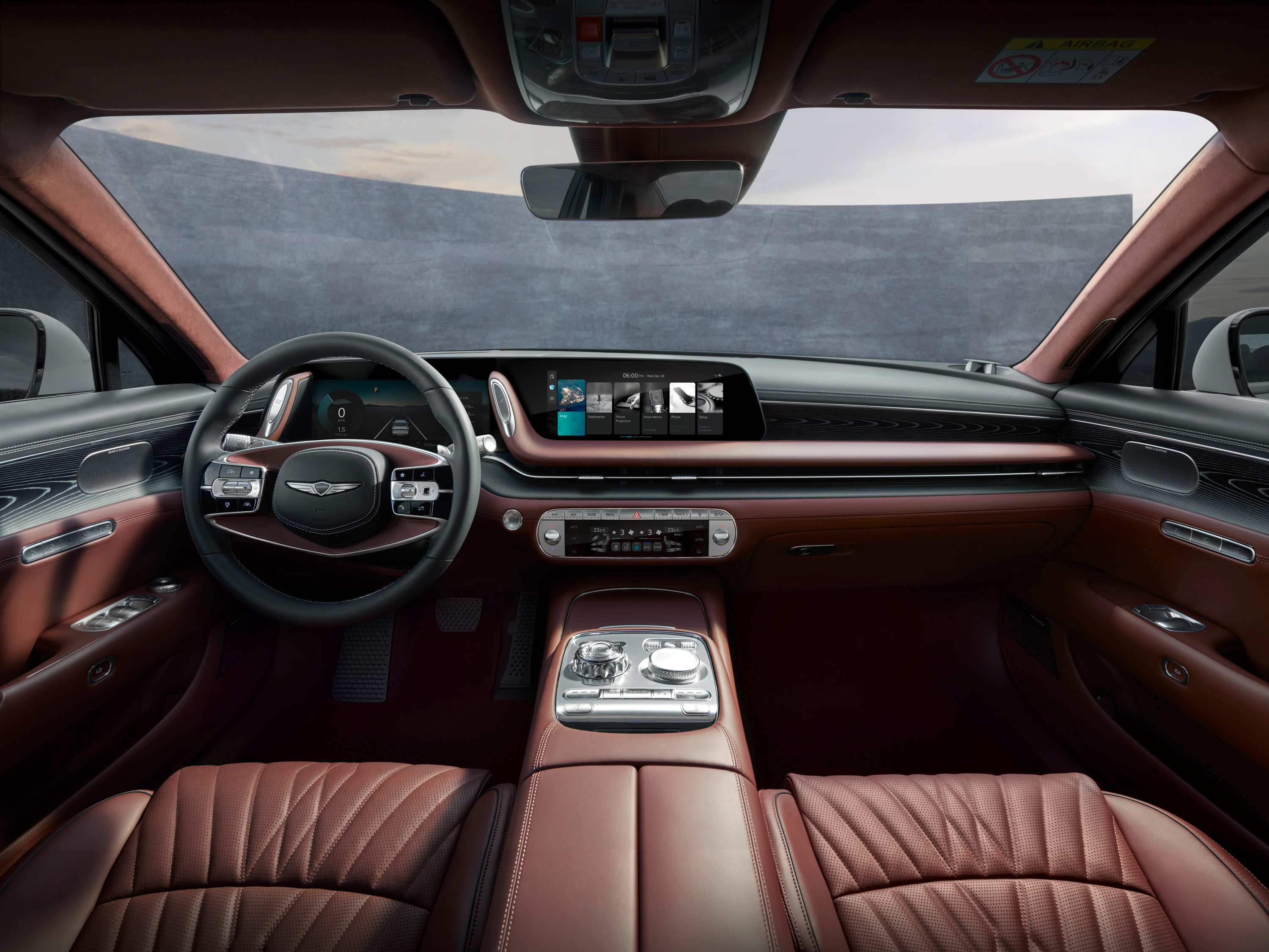 Both rear passenger seats can be reclined independently; the C-pillar area undertones the passenger’s luxury with independent trays for magazines and books. Reprocessed waste paper is used to create the Newspaper Stripe Wood and Newspaper Crown Wood used throughout the interior. A metal inlay garnish, rooted in the traditional Korean “sanggam” crafting technique, is used to inlay the Two Lines and G-Matrix patterns onto various metal, ash wood and forged carbon surfaces.

The G90 can be personalized in a choice of 12 color options in the Korean market, with five different color combinations for the interior. Personalization is taken beyond the assembly line with additional features. Virtual Venue is a 3D-surround sound system allowing the speakers to mimic different listening venues through a 23-speaker system. Mood Curator, another function, tethers the ambient lighting, sound system, fragrance system, massage seats and electric curtains together to provide additional personalization.

The new G90 is powered by a 3.5-liter turbocharged engine and an 8-speed automatic transmission. Genesis is yet to reveal performance figures for the engine; however, they have hinted at details arriving closer to the North American launch.