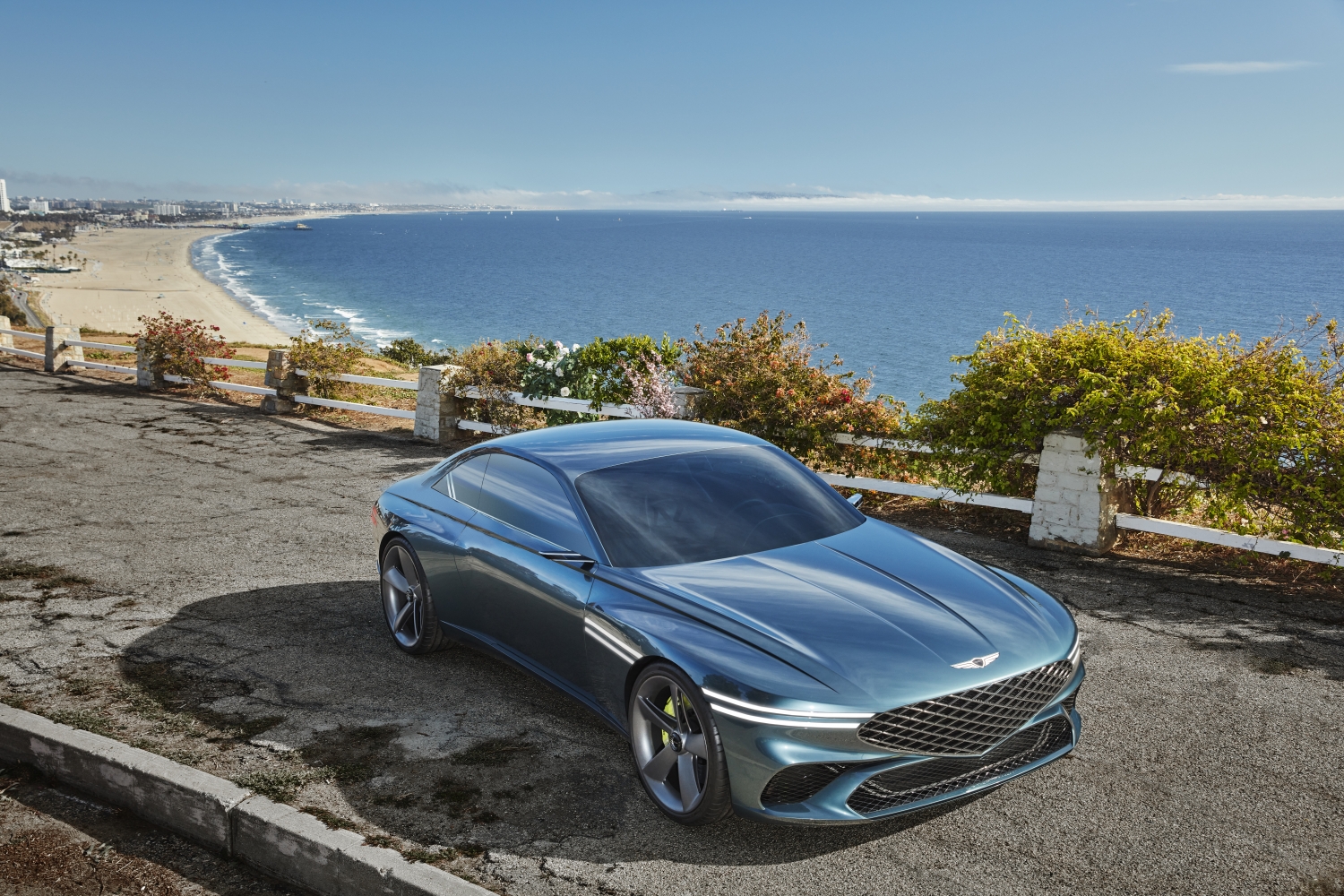 The name ‘Genesis X’ is a combination of Genesis and the letter X, which symbolizes a “hidden hero.”  "The Genesis X Concept can be described as the ultimate vision of Athletic Elegance, the inherent design language of Genesis," said SangYup Lee, Head of Genesis’ Global Design. "The signature Two Lines theme and sustainable luxury will be blueprints for the futuristic designs and state-of-the-art technologies that Genesis seeks to adopt in its future models."

Consistent throughout the design, the Two Lines design theme is seen in the headlamps and taillights, digital side mirrors and side window molding, as well as in the air vents inside. A single panel-based clamshell hood integrates the fender, resulting in one clean, uninterrupted surface. A long hood/short rear deck profile is a classic GT car look, while the arching parabolic line that runs along the side, and the fender’s maximized volume, create a dynamic and elegant impression.

The Genesis X Concept’s interior features a driver-oriented design with a cockpit that surrounds the driver with all operating systems and displays. Differentiation of space by coloring the driver’s seat scotch brown and the passenger seat an ocean wave green blue helps emphasize the concept car's unique design. The Genesis X Concept also features a dashboard that creates the sense that it is enveloping passengers and is connected to a floating center console. 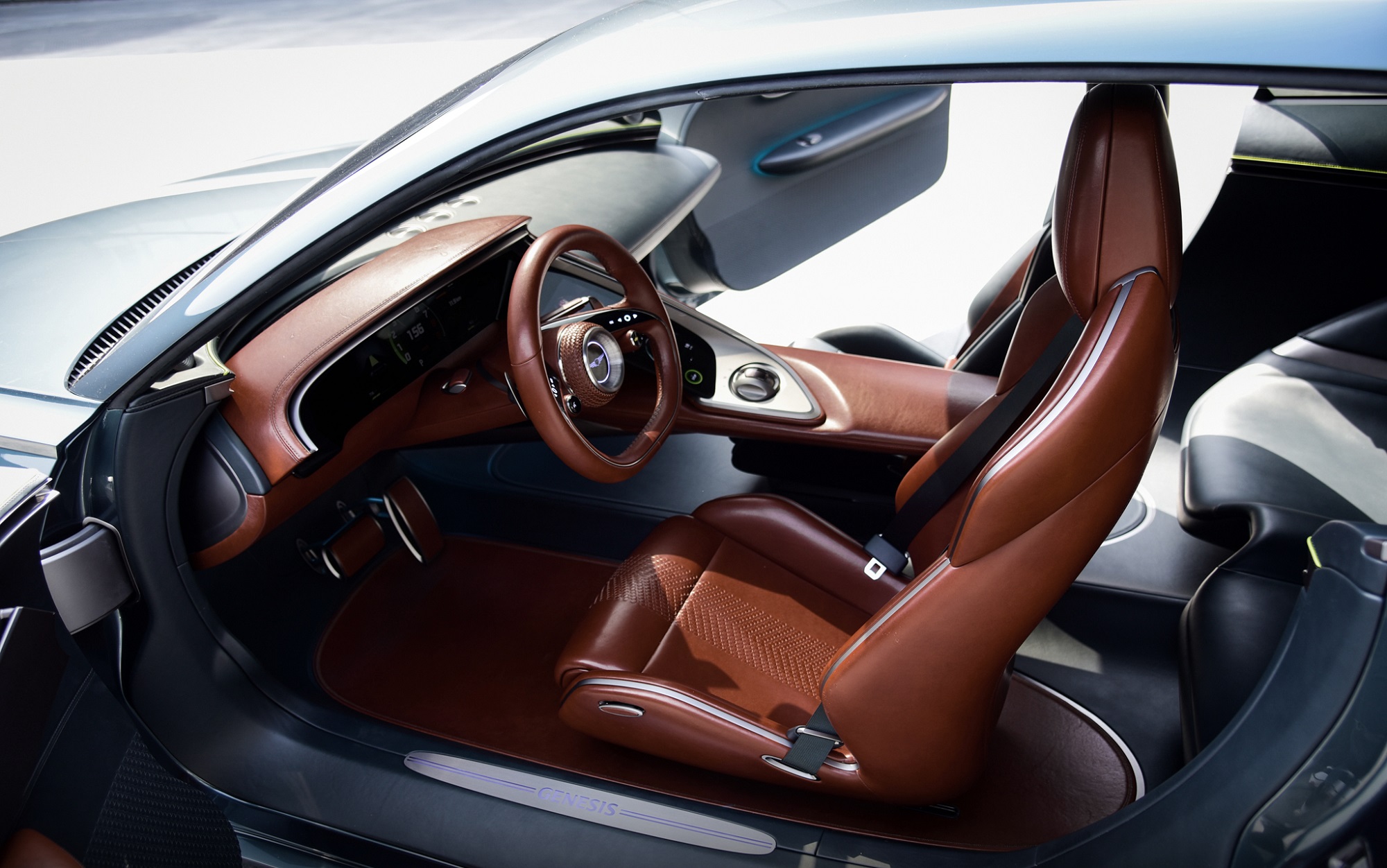