GMC Teases 2023 Canyon Ahead of Reveal 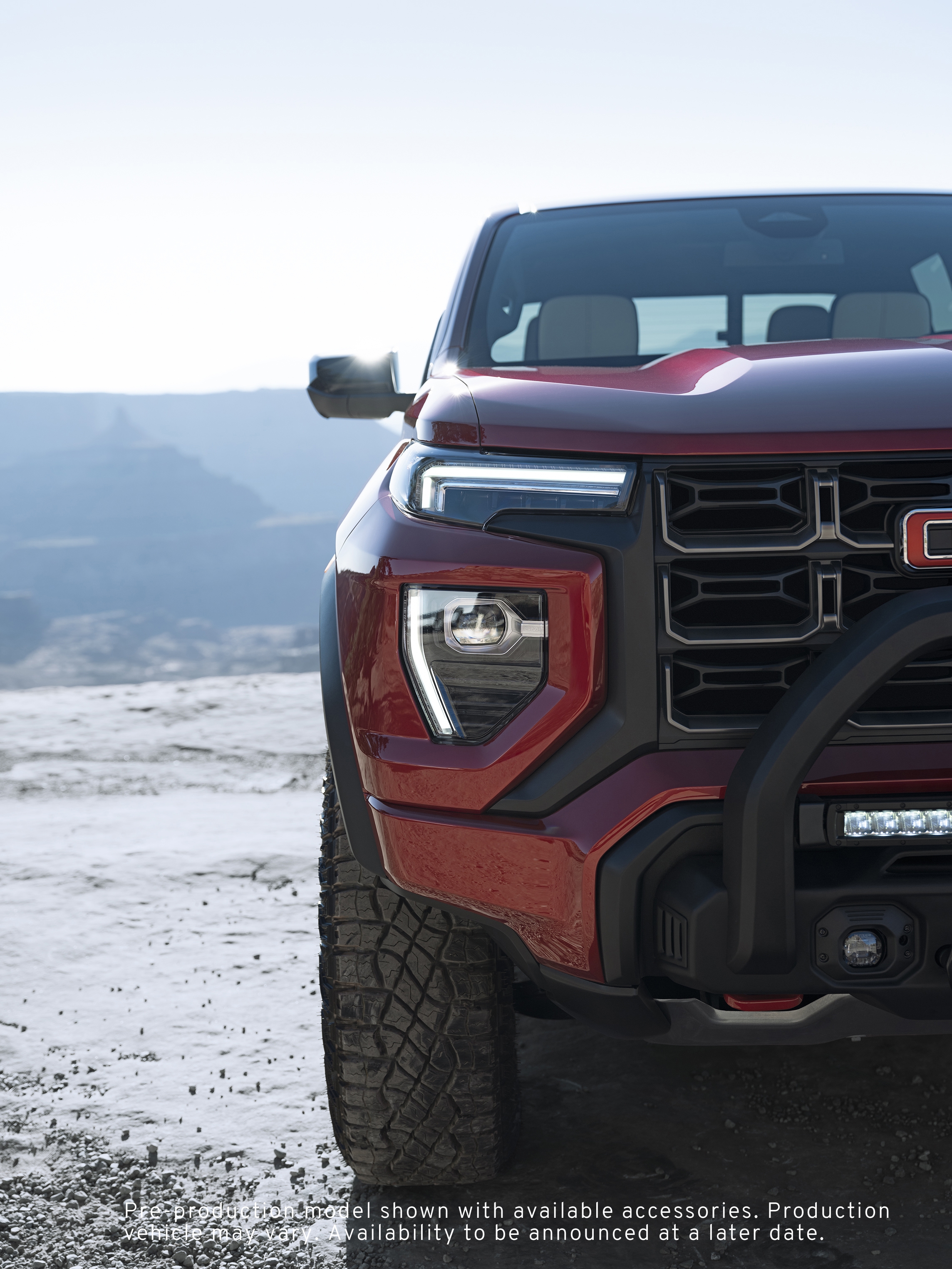 GMC has teased their upcoming 2023 Canyon midsize truck, slated for an official reveal on August 11th.

In the teaser image, we get a sneak peak at the first-ever Canyon AT4X, a premium off-road offering. This specific Canyon AT4X is outfitted with the Edition 1 package.

The dead-on front view is cropped to just the passenger side, but shows off the Canyon’s higher profile and wider stance. The headlights appear to be separated into two units, with the top illuminated by a sleek horizontal daytime runner. The bodywork is appropriately rugged; a brush guard and lightbar spearhead the new grille.

It's unclear what exactly comes with the AT4x/Edition 1 configuration, but we have a feeling it will stick close to the Sierra’s AT4X package, introduced in 2022. We had a chance to put the Sierra AT4X through its paces earlier this year in Anza-Borrego Desert State Park just outside of San Diego, California. While the Sierra was packing a 6.2-liter V8 (which is unlikely to appear on the Canyon), we still suspect the Canyon AT4X will be properly enjoyable on the trails and during some amateur Baja outings.

This news follows GM’s recent unveiling of the all-new 2023 Chevrolet Colorado midsize truck. The new Colorado will be receiving a first-ever Trail Boss trim-- something that could feature many of the same off-road upgrades as the GMC Canyon AT4X.

Availability of the 2023 GMC Canyon will be confirmed at a later date, as will any reservation dates.