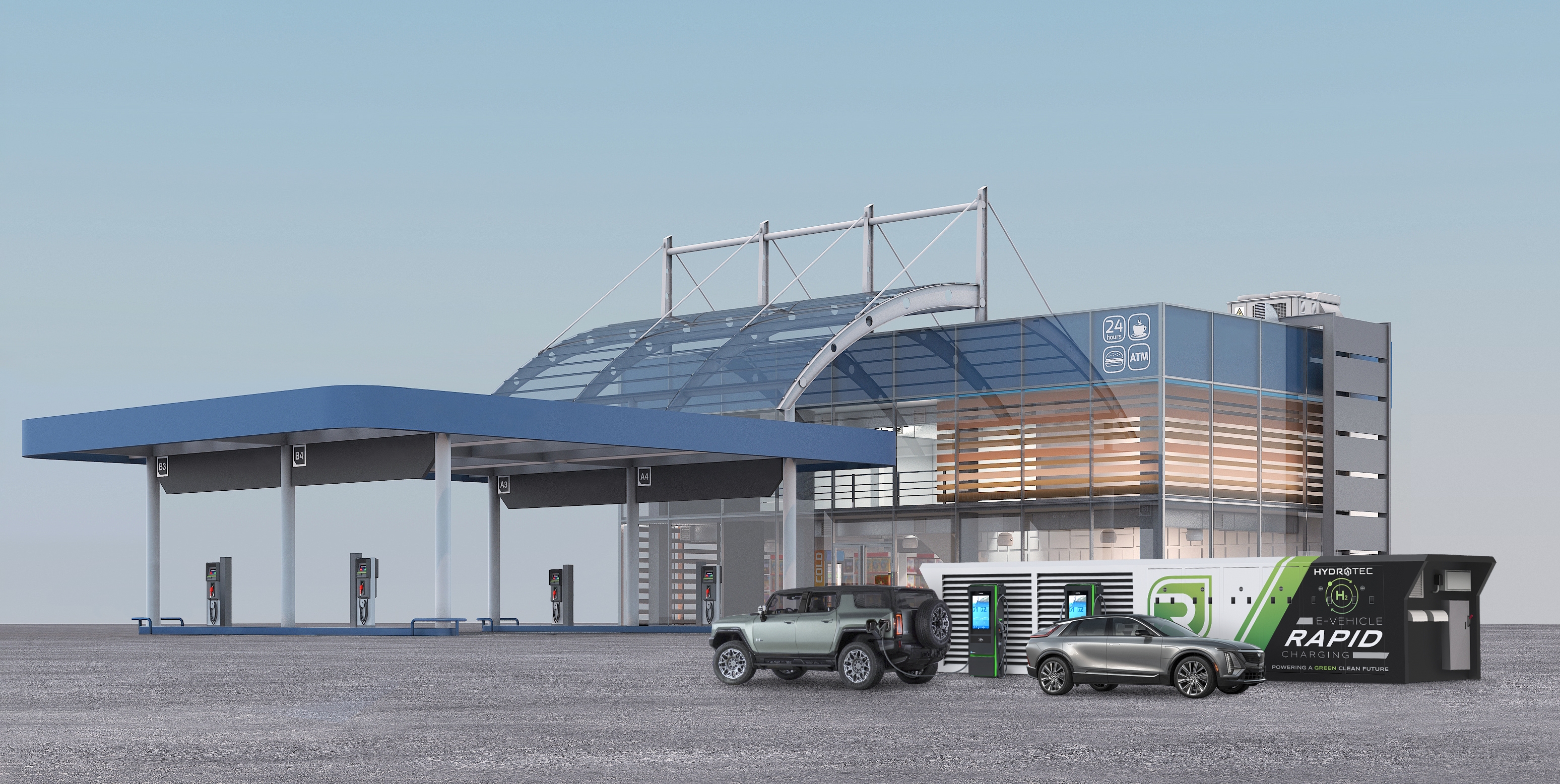 General Motors (GM) has announced plans to expand their HYDROTEC hydrogen fuel cell technology by offering mobile and retail electric vehicle charging solutions, as well as military and other applications.

Multiple HYDROTEC-based power generators are in the works, each pertaining to a particular need and scenario. One such device is the Mobile Power Generator (MPG) designed to provide fast-charging capabilities for EVs without the need for a home, business or event space to install permanent chargers. GM has collaborated with Renewable Innovations, a company focusing on renewable energy solutions, to help devise the hardware and software for the MPG. 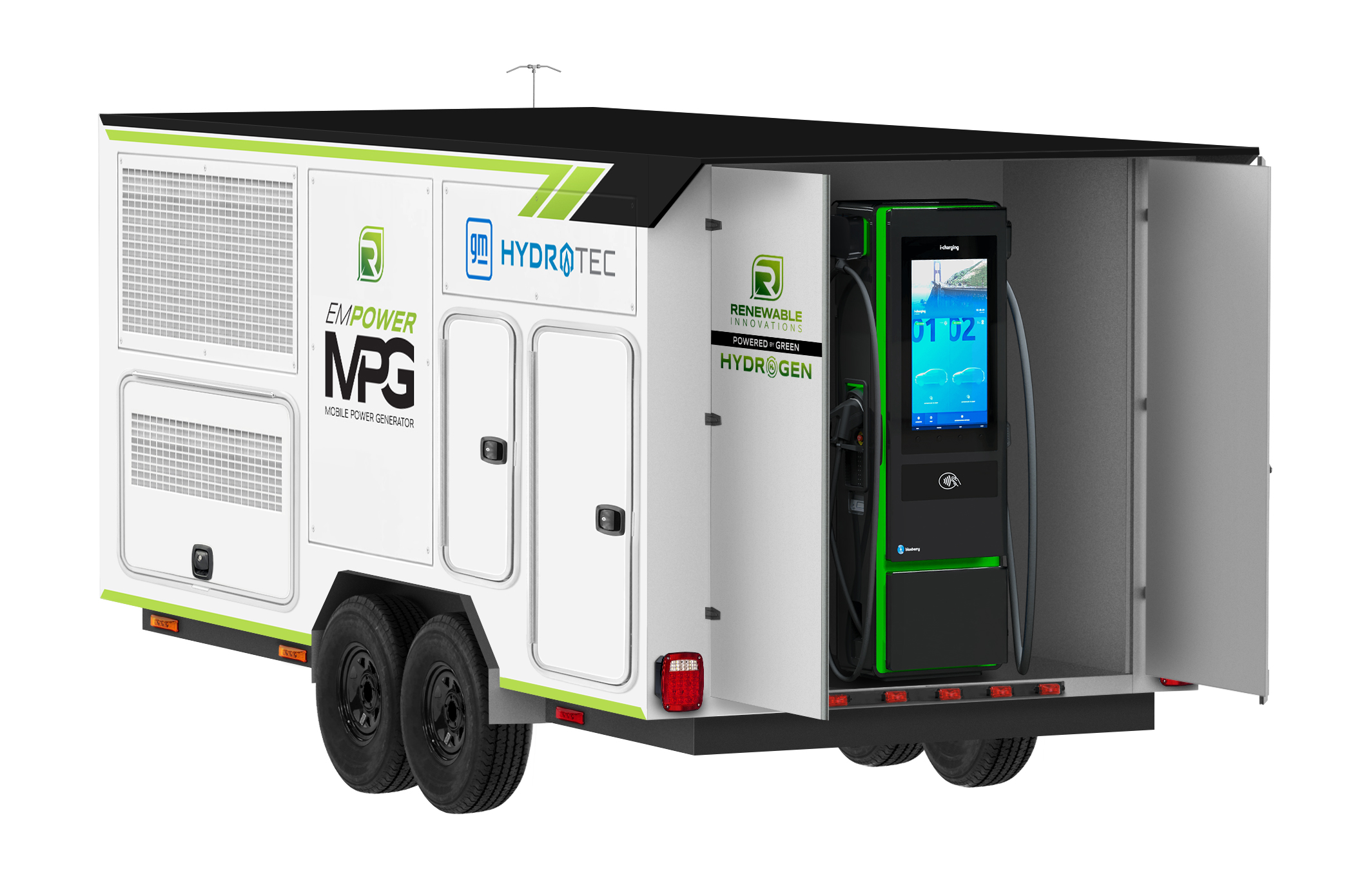 With regards to more permanent solutions, GM and Renewable Innovations have created the EMPOWER rapid charger. These systems are designed to bolster current retail fuel stations, adding affordable DC fast-charging capabilities without the need for a significant infrastructure investment, including larger wires and additional substations. 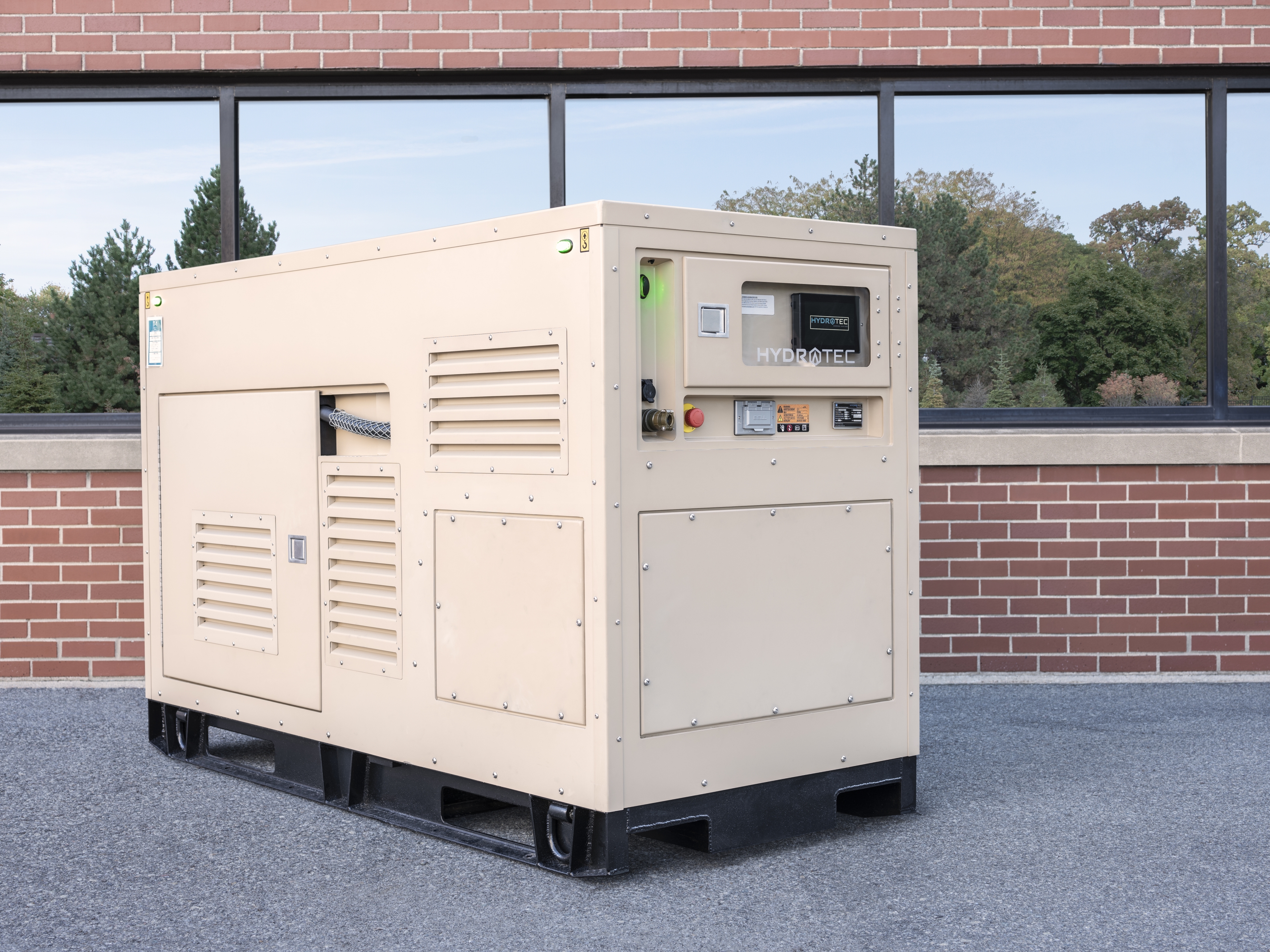 The EMPOWER chargers are fueled by eight GM HYDROTEC “power cubes.” They consume hydrogen from internal tanks, capable of charging 4 electric vehicles simultaneously at 150 kW. Estimated charge times are around 20 minutes, and GM estimates more than 100 EV’s could utilize the charger before the unit would require refueling. Renewable Innovations has a rollout plan to deploy 500 EMPOWER chargers across the country by the end of 2025.

Alongside civilian applications, GM has designed a separate palletized version of the MPG to be evaluated by the United States Army, which has contributed funding to the project. These special chargers could be used to power heavy-duty military equipment, camps and other technologies. This version is also being designed to generate less noise than the standard MPG, operating quieter than a conventional diesel generator.

HYDROTEC projects are currently in development as a means to power heavy-duty trucks, locomotives and various aerospace technologies. GM’s hydrogen fuel cell projects are also being funded by the Michigan Economic Development Corporation and the California Energy Commision; the latter is funding a separate demonstration program of the MPGs, partnered with the Electric Power Research Institute, to show how this technology could offset the loss of energy during planned power shut offs used to mitigate wildfires.

Currently, GM plans to produce HYDROTEC fuel cell systems using globally sourced parts at the Fuel Cell Systems Manufacturing plant in Brownstown, Michigan. This facility is a joint venture between GM and Honda. The trailer-based MPGs and larger EMPOWER rapid chargers will be produced by Renewable Innovations at their facilities in Salt Lake City, Utah.