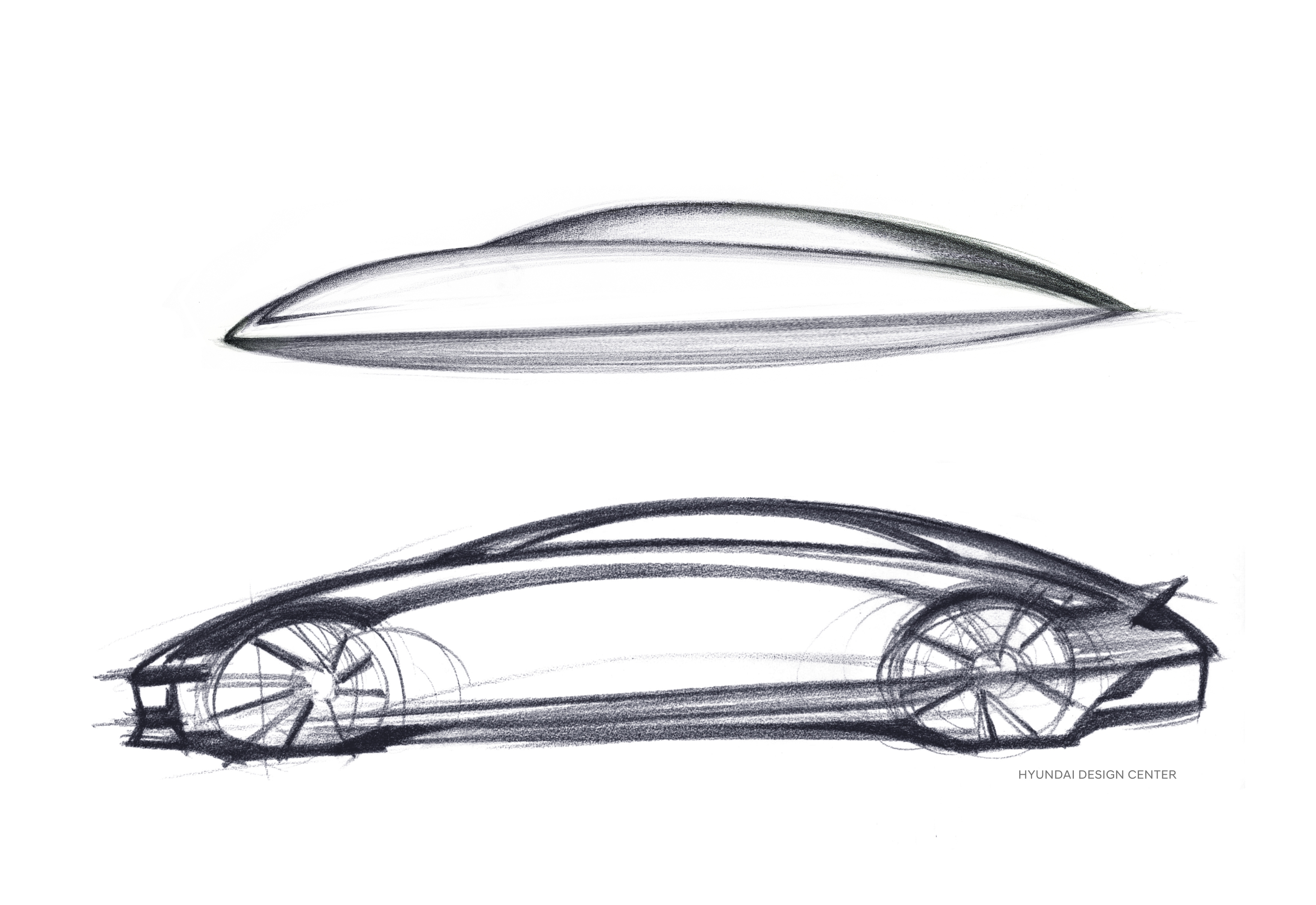 Hyundai has put out a concept sketch of their upcoming IONIQ 6 all-electric vehicle, said to be fully revealed later this month.

The IONIQ 6 will serve as the second entry in the automaker’s IONIQ electric vehicle lineup. It’s said to be built on the same Electric Global Modular Platform (E-GMP) used as the basis for the IONIQ 5 electric crossover; however, the IONIQ 6 appears to take on a more car-like profile.

In fact, the IONIQ 6 is said to be inspired by Hyundai's “Prophecy” Concept EV, which wore a similar streamline silhouette and simple bodylines. This “Electrified Streamliner” design language will satisfy the aesthetic and aerodynamically-functional goals of Hyundai’s EV lineup.

More images and information will be dropped leading up to the big reveal, so stay tuned!