Hyundai is the First to Launch Android Auto

Hyundai is the first car company to launch Android Auto on production vehicles. Android Auto is premiering in the 2015 Sonata with Navigation at dealerships nationwide. Android Auto will later become available on other Hyundai models. 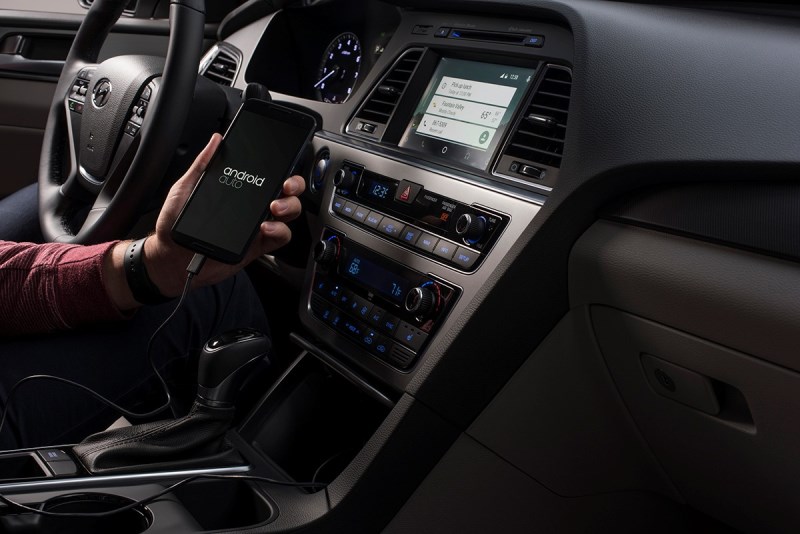 “Android Auto aligns with Hyundai’s core interior design principles of safety, intuitiveness and simplicity,” said Dave Zuchowski, president and CEO, Hyundai Motor America. “We launched this highly anticipated feature on our best-selling Sonata, adding to our promise of value. With the launch of Android Auto, we provide more owners with the experience of cutting-edge technology.”

Android Auto brings a high technology experience to Hyundai owners, it also improves safety. Approximately 660,000 drivers in America are using cell phones or manipulating electronic devices while driving. Android Auto was created to keep drivers’ eyes and attention on the road by integrating the advanced driving-related functions of the user’s smartphone with the familiar centralized screen, physical controls and microphone of their car. The smartphone’s screen becomes “locked,” so drivers are not tempted to look down and interact with their phones directly while Android Auto is in use.

Current owners of 2015 Sonata with Navigation can get the Android Auto software update free of charge at Hyundai dealers.

To use Android Auto owners will need the Android 5.0 “Lollipop” operating system or later. The will also need the Android Auto companion app on their compatible phone to integrate Android Auto into Sonata’s screen and controls. Users of Android Auto should recognize familiar Android applications, like Google Maps, Google Now and Google Play Music. These applications can be controlled by voice, steering wheel controls and touchscreen. Owners can receive up-to-date information about Android Auto and phone compatibility at https://support.google.com/androidauto.