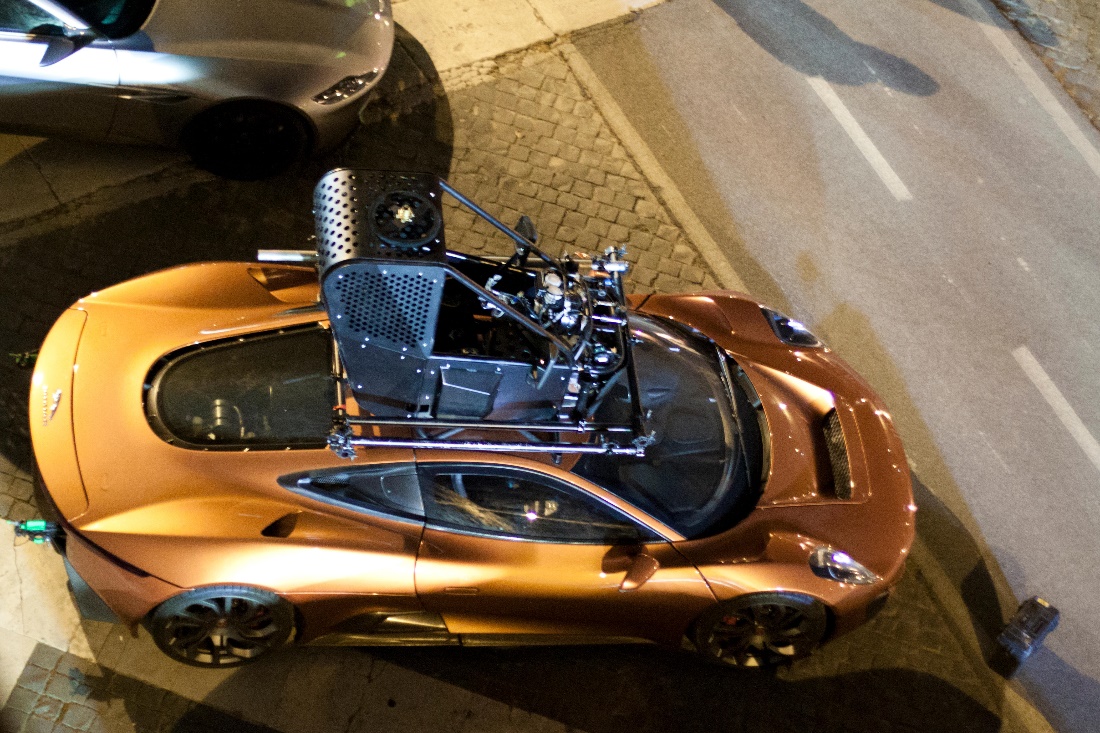 A rare 2015 prototype Jaguar C-X75 stunt car from the James Bond film Spectre is set to be auctioned at RM Sotheby's Abu Dhabi sale on November 30th.  The C-X75 was featured prominently as the villain's car in the film's iconic chase scene through the streets of Rome, before winding up in the Tiber river.  RM Sotheby’s will offer chassis no. 001 in Abu Dhabi, one of just a handful of Jaguar C-X75 examples used as stunt cars in Spectre. The Jaguar C-X75 was intended to be a hybrid-electric, two-seat concept car produced by Jaguar in partnership with Formula 1 team Williams F1’s Advanced Engineering division. The C-X75 was unveiled at the 2010 Paris Motor Show and in 2011 it was announced that a limited production run of approximately 250 examples of the 780hp car was planned. In 2012, the production was cancelled, and a mere five developmental prototypes were built to the intended production specifications. A further group of stunt cars were built for and used in the filming of the 2015 film. Pre-auction estimates value the car at $800,000 to $1,200,000.