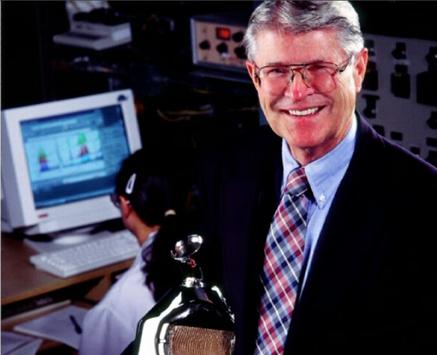 John J. Mooney, the co-inventor of the modern 3-way automotive catalytic conventer, died on June 16th at his home in New Jersey at the age of 90. Working at the Engelhard Corporation with fellow chemical engineer Carl D. Keith, the device, first developed in the 1970s, revolutionized the auto industry's ability to cleanup tailpipe emissions and thus drastically reducing air polution around the globe. Found on virtually every passenger car and light truck, the converter is credited with eliminating billions of tons of hydrocarbons, nitric oxides, and carbon monoxide from the atmosphere. Its does these three functions simultaneously, thus earning the badge 3-way. Their breakthrough was the ability to add nitrogen oxide to the mix of chenicals it could neutralize. Doing so has saved hundreds of thousands from serious lung illnesses and even death. Unlike most anti-polution technology of the day, the Mooney-Keith device in many cases also improved fuel economy. (Photo courtesy of National Science and Technology Medals Foundation)