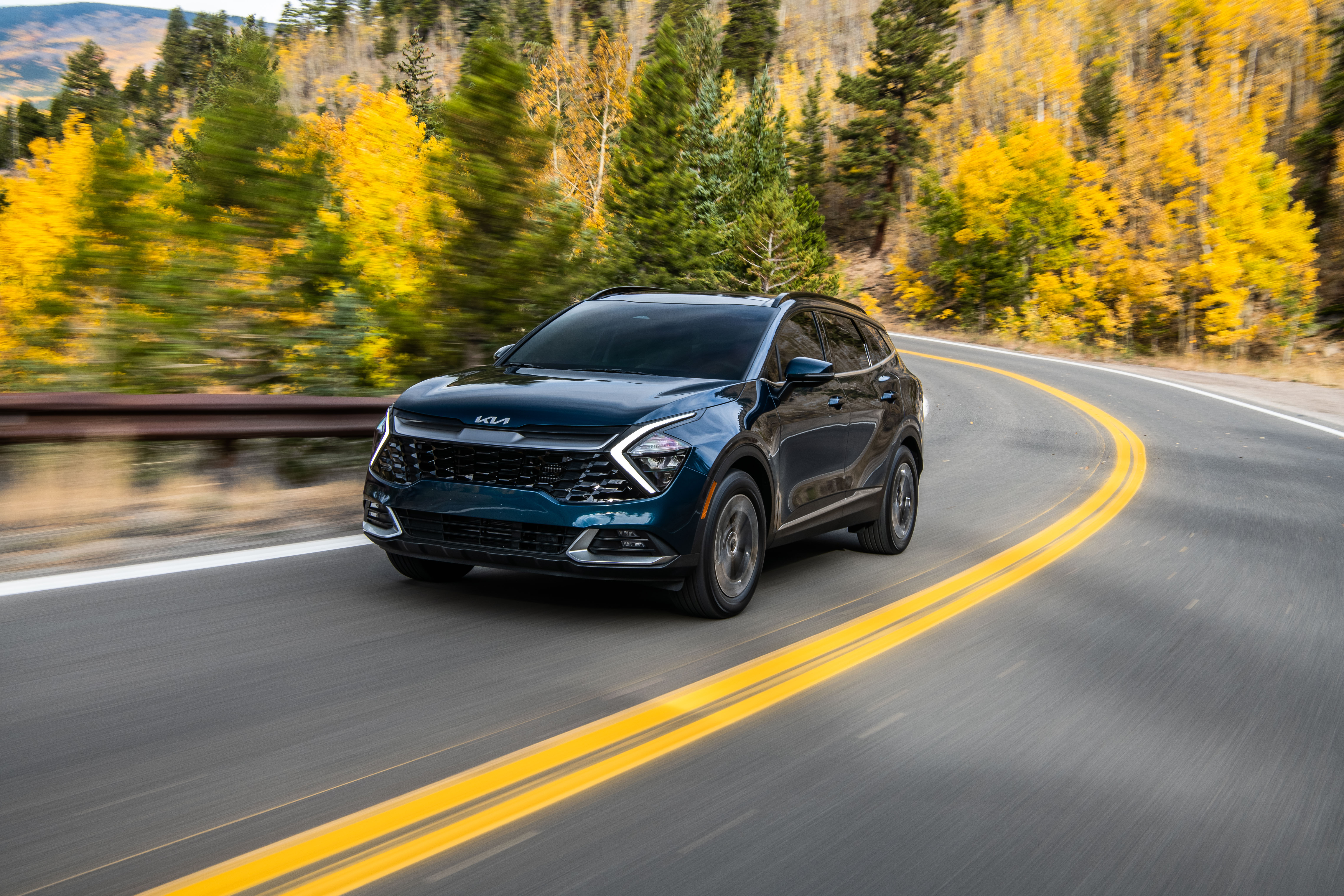 Kia’s all-new fifth generation Sportage SUV, the brand’s longest running nameplate, is being given a hybrid powertrain for the 2023 model year.

The announcement was made in October, but an official debut was made in conjunction with this year’s returning LA Auto Show. Set to launch early next year, the Sportage Hybrid is part of Kia’s ongoing global EV strategy, “Plan S.” 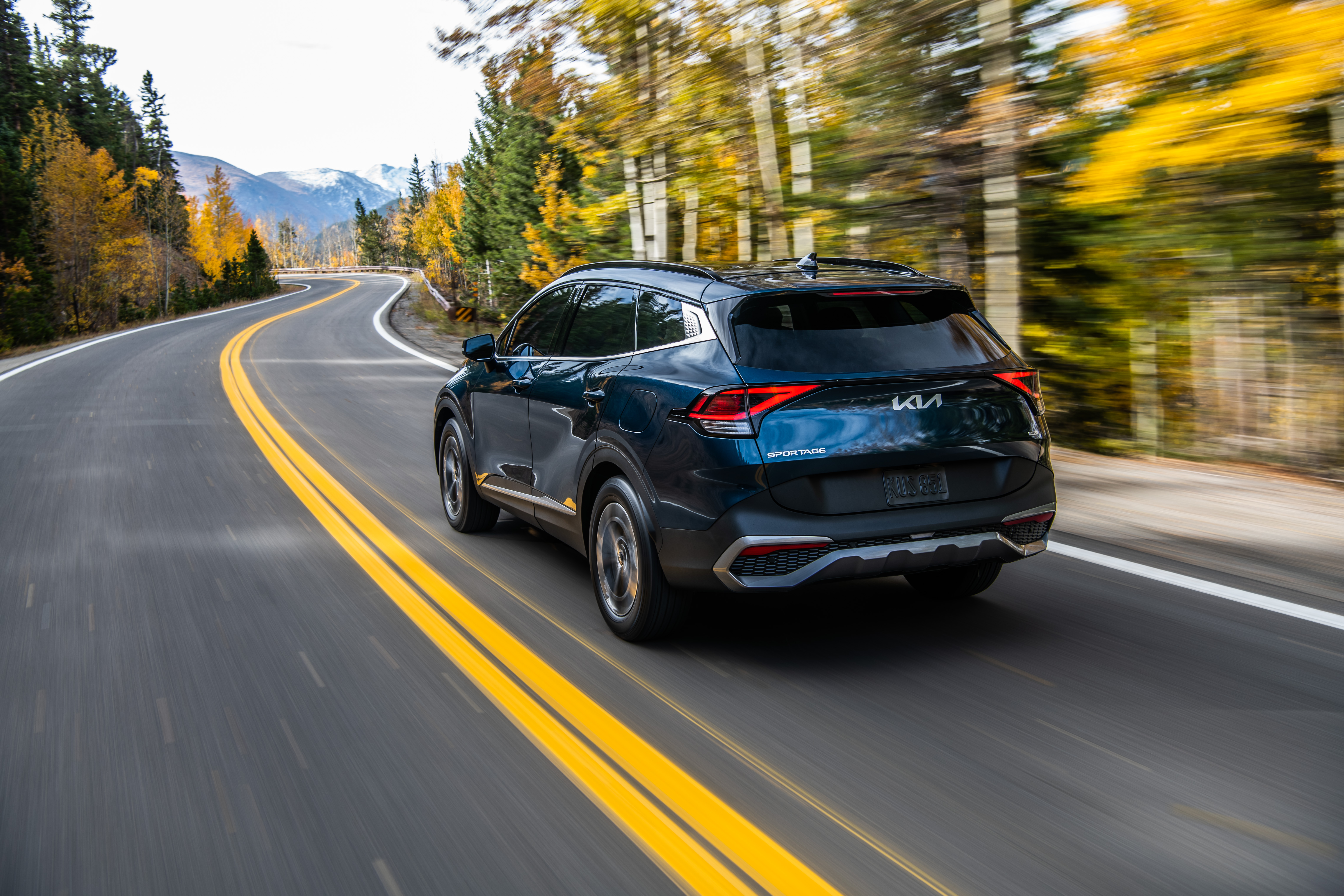 The 2023 Kia Sportage Hybrid will be available in three trims: the LX, the EX and the SX-Prestige. All trims are powered by a 1.6-liter turbocharged engine combined with a 44-kilowatt motor, targeting a goal of 39 mpg and 500 miles of range. Together, this electrified combo generates 226 horsepower, delivered to either the front wheels on the LX or an active all-wheel-drive system available on the LX and standard on the EX and SX-Prestige trims.

Standard on all models is wireless Android Auto and Apple CarPlay connectivity, a touchpad with climate and audio controls, and Advanced Driver Assistance Systems. These include Driver Attention Warnings, Lane Following and Keeping Assists, Forward Collision Avoidance and more. 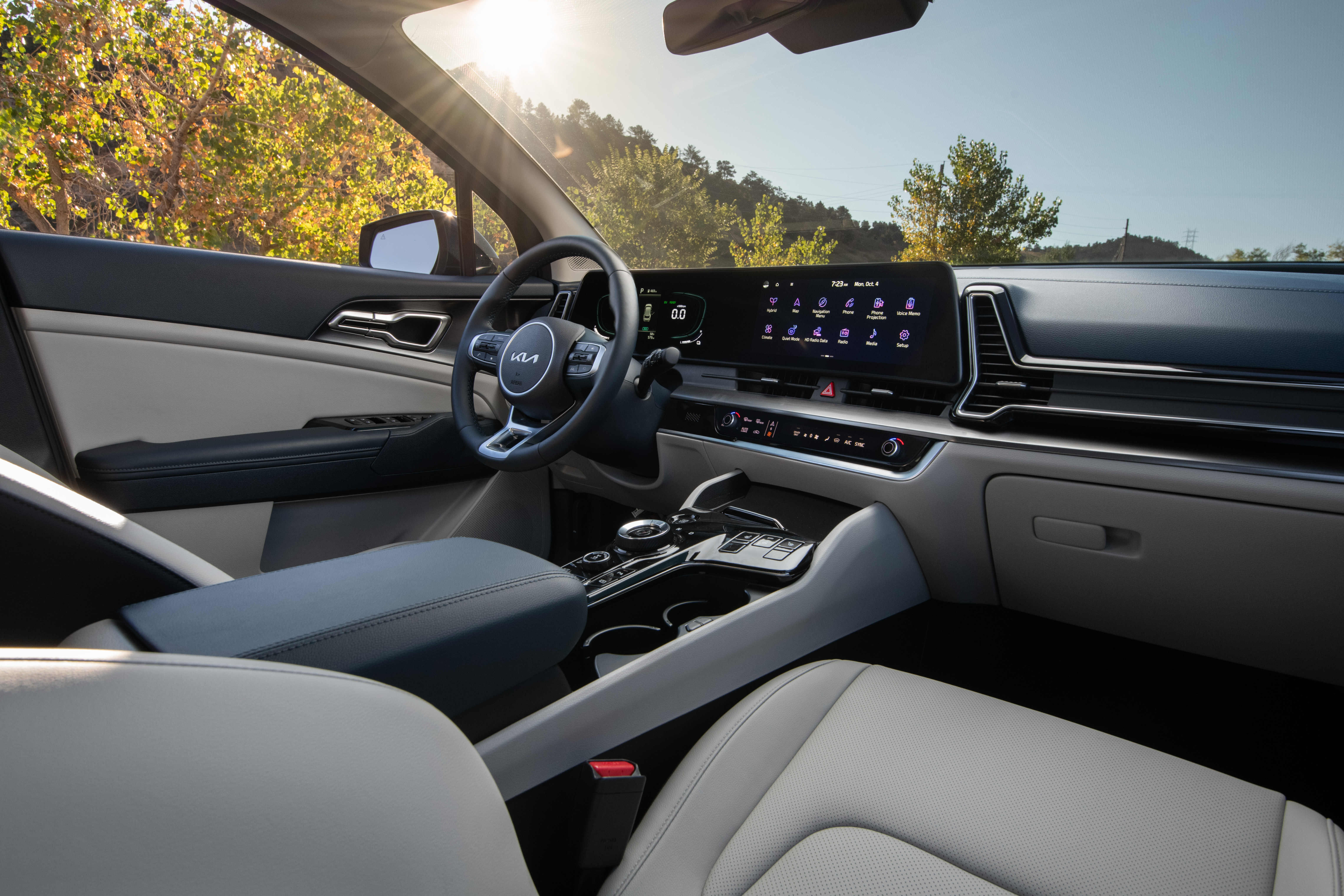 Available are Kia Connect services, which brings a 4G LTE-based Wi-Fi hotspot and cloud-based navigation to a 12.3-inch infotainment display. This, combined with the 12.3 inch instrument panel, can add close to 25 inches of display viewing. Consumers will also be able to option out the Kia Sportage Hybrid with a wireless charging pad and Harmon-Kardon premium sound system. 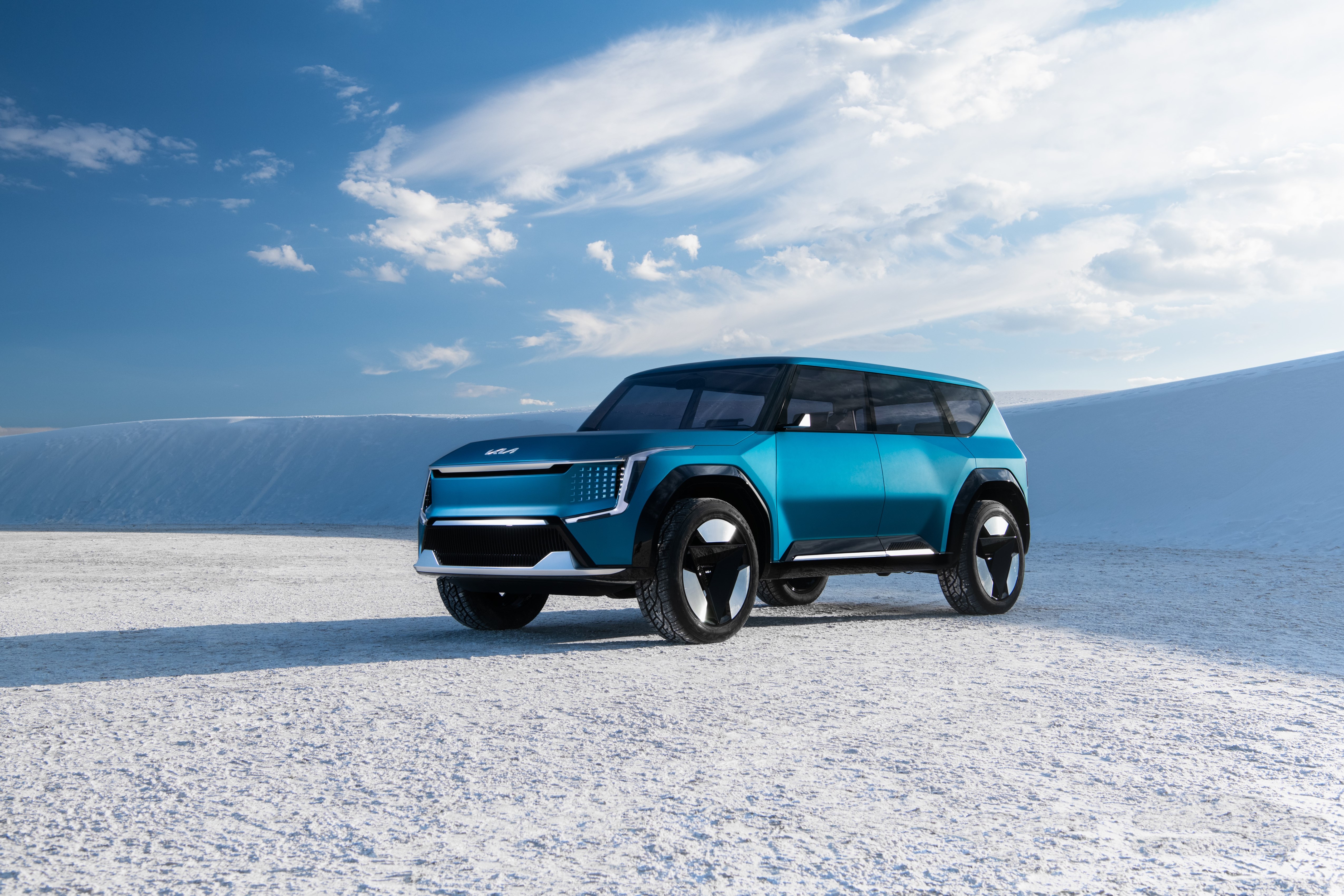 Recently, we reported on the Kia Concept EV9 SUV-- teasing it’s appearance in LA. Kia has delivered with an official debut, following the recent launch of the all-electric EV6 crossover (which was just awarded the Guinness World Record for shortest charging time to cross the United States in an electric vehicle). 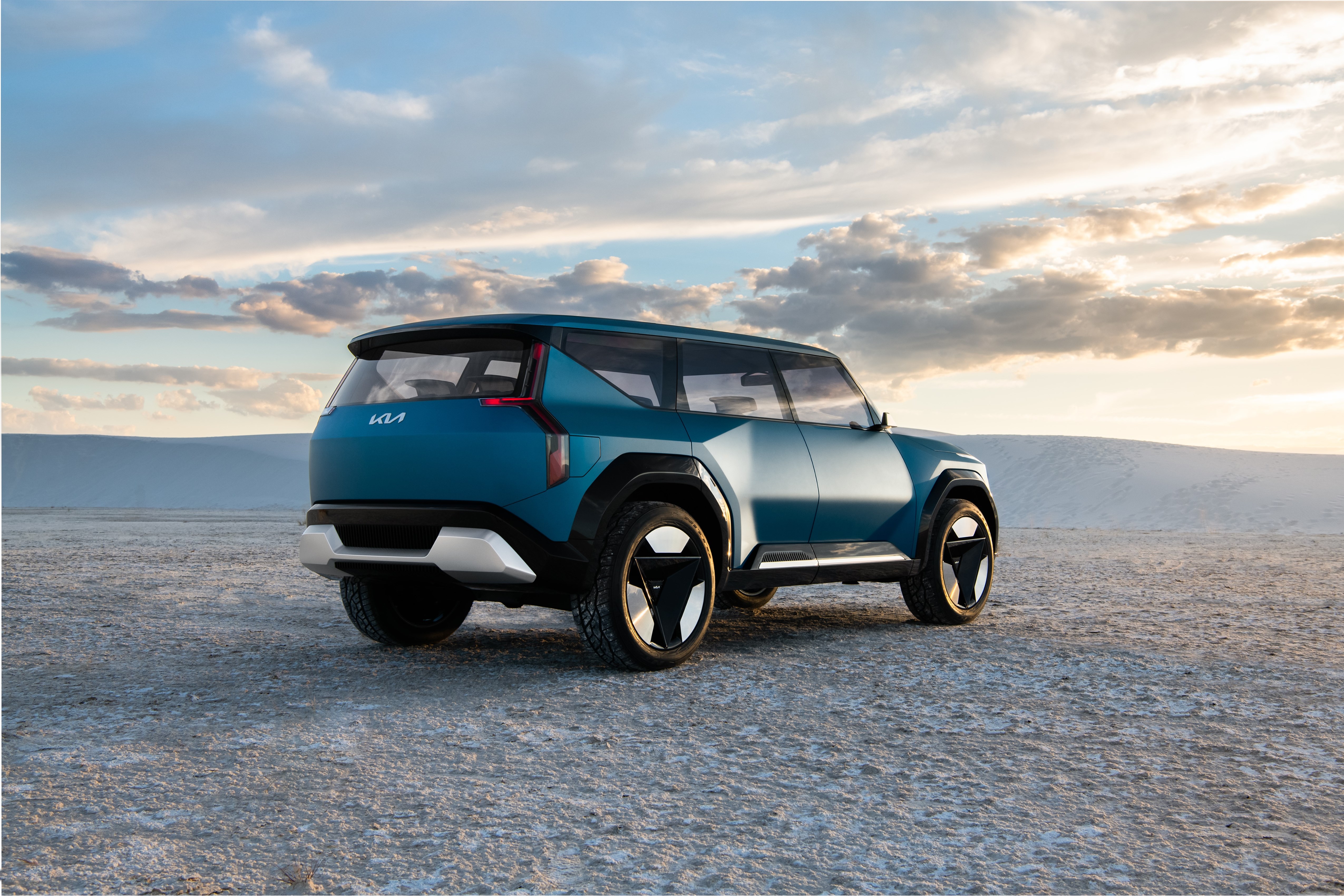 The Concept EV9 has been developed on Kia’s Electric Global Modular Platform (E-GMP). Kia claims a range of 300 miles, with ultra-fast charging technology capable of replenishing energy from 10-80 percent in 20-30 minutes. 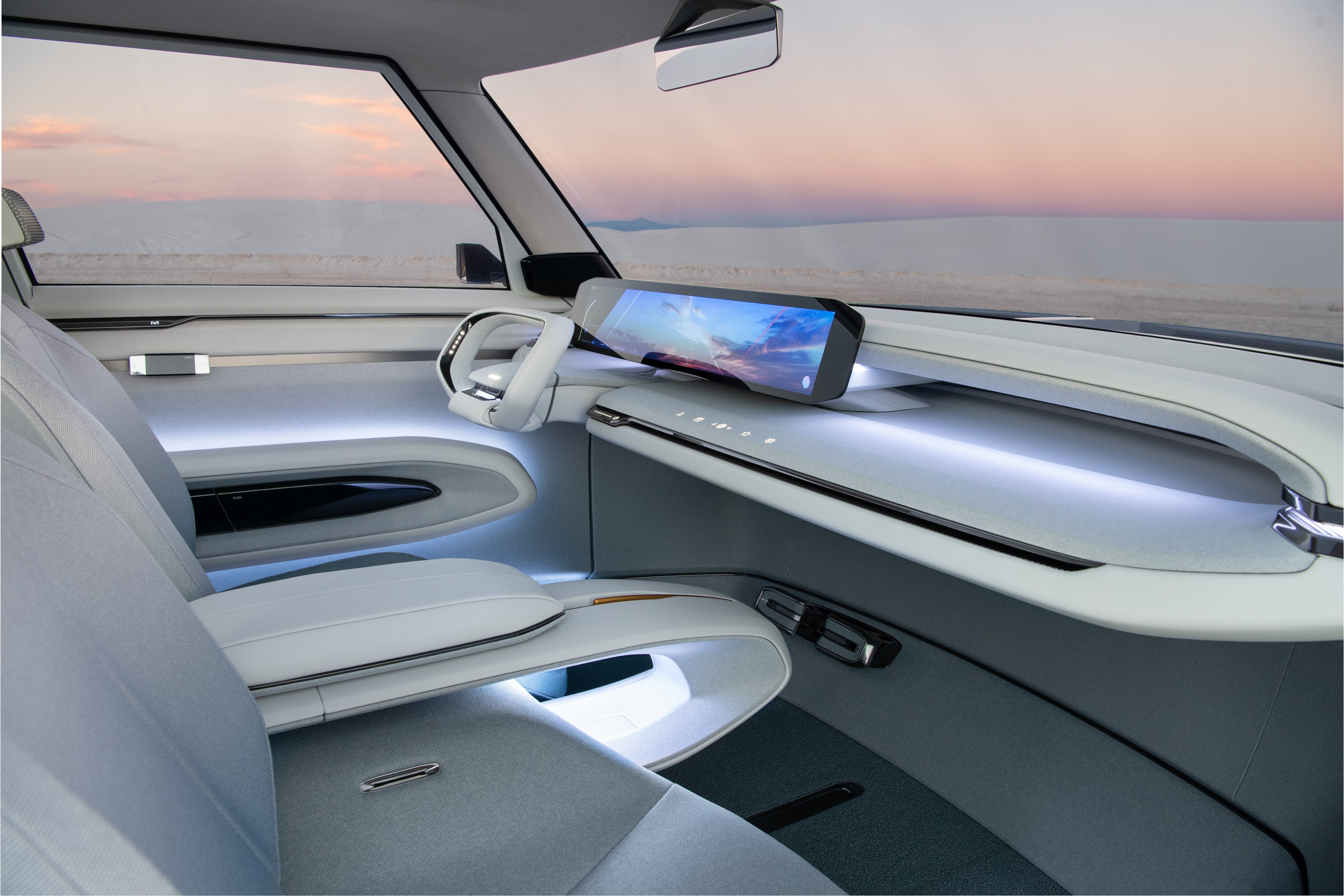 This all-electric vehicle flexes bold styling  and sustainable construction inspired by nature-- as such, it uses upcycled materials developed from waste pulled from marine ecosystems. Kia plans to gradually reduce the use of animal leather in all it's vehicles and the Concept EV9 shows use of vegan leather.

The Concept EV9 embodies Kia’s commitments to sustainability, and will be on display at Automobility LA and the LA Auto Show from November 17th-28th.