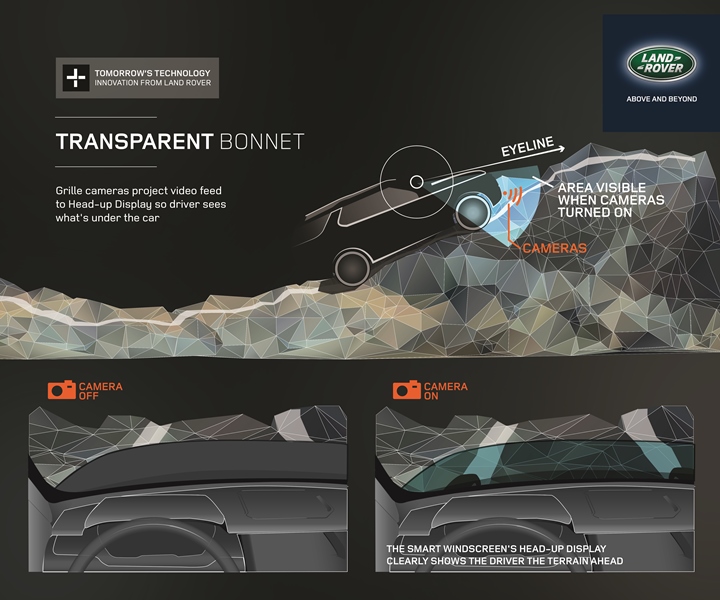 Pioneering technology is being developed to give Land Rover drivers a digital vision of the terrain ahead by making the front of the car 'virtually' invisible. Cameras located in the vehicle's grille capture data used to feed a Head-Up Display, effectively creating a 'see-through' view of the terrain through the bonnet and engine bay, breaking new ground in visual driver assistance. The technology, named Transparent Bonnet by its creators, shows how advanced technology will take Land Rover's unrivalled capability to the next level.

The technology enables a driver climbing a steep incline or manoeuvring in a confined space to see an augmented reality view capturing not only the terrain in front of the car but also the angle and position of the front wheels. Opening the doors to Jaguar Land Rover's advanced research, the Discovery Vision Concept car is a design and technology showcase which will be unveiled in full at the New York International Auto Show. The concept demonstrates Land Rover's design vision for a future family of premium SUVs built on Land Rover's key principles of emotive design, unrivalled capability and ultimate versatility. From the city to the sand dunes, Land Rover's new, driver-assisting technology will enable safer, smarter and more enjoyable driving in the SUVs of tomorrow. 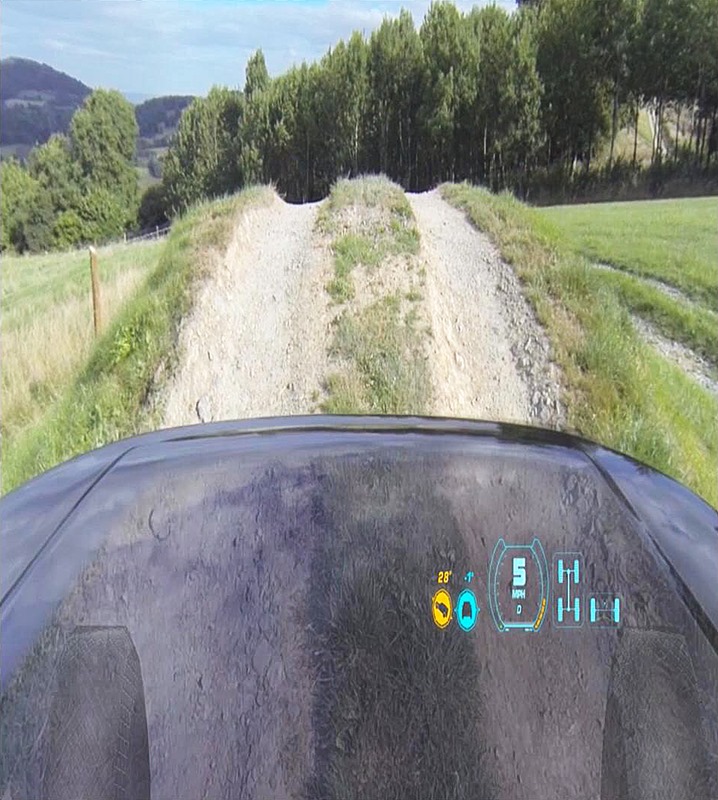