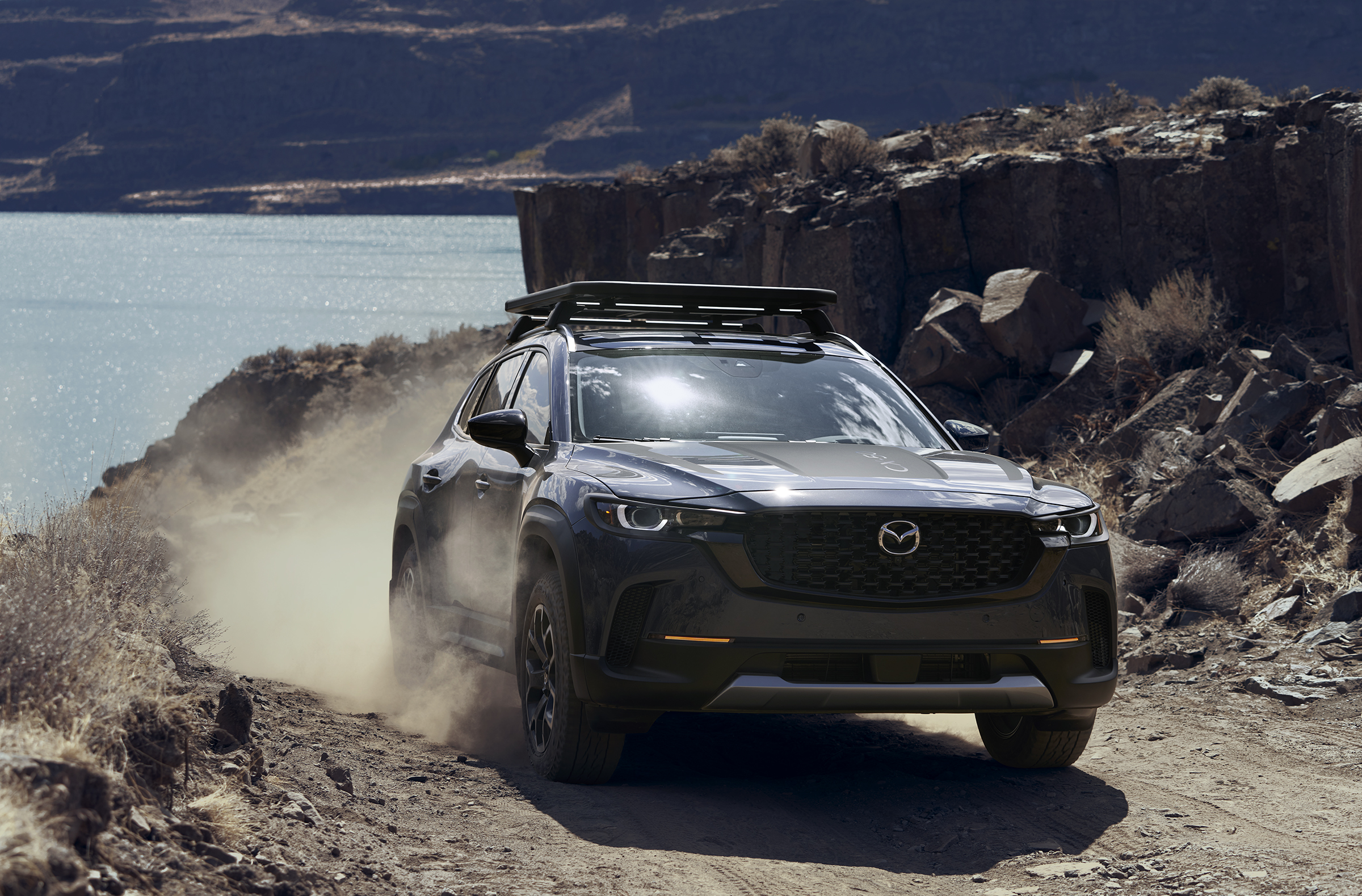 Mazda has officially unveiled the CX-50, a new crossover utility to be added to the brand’s lineup. It will replace the CX-5. The CX-50 is designed to better compete against the likes of the Honda CR-V, Toyota RAV4, Nissan Rogue, and other compact utes in what has become one of the most crowded SUV segments.

To that end, the CX-50 was introduced as an outdoors, off-road-capable crossover. The compact, coupe-ish design was shown off by way of livestream, providing imagery of the CX-50 traversing paved and gravel roads. 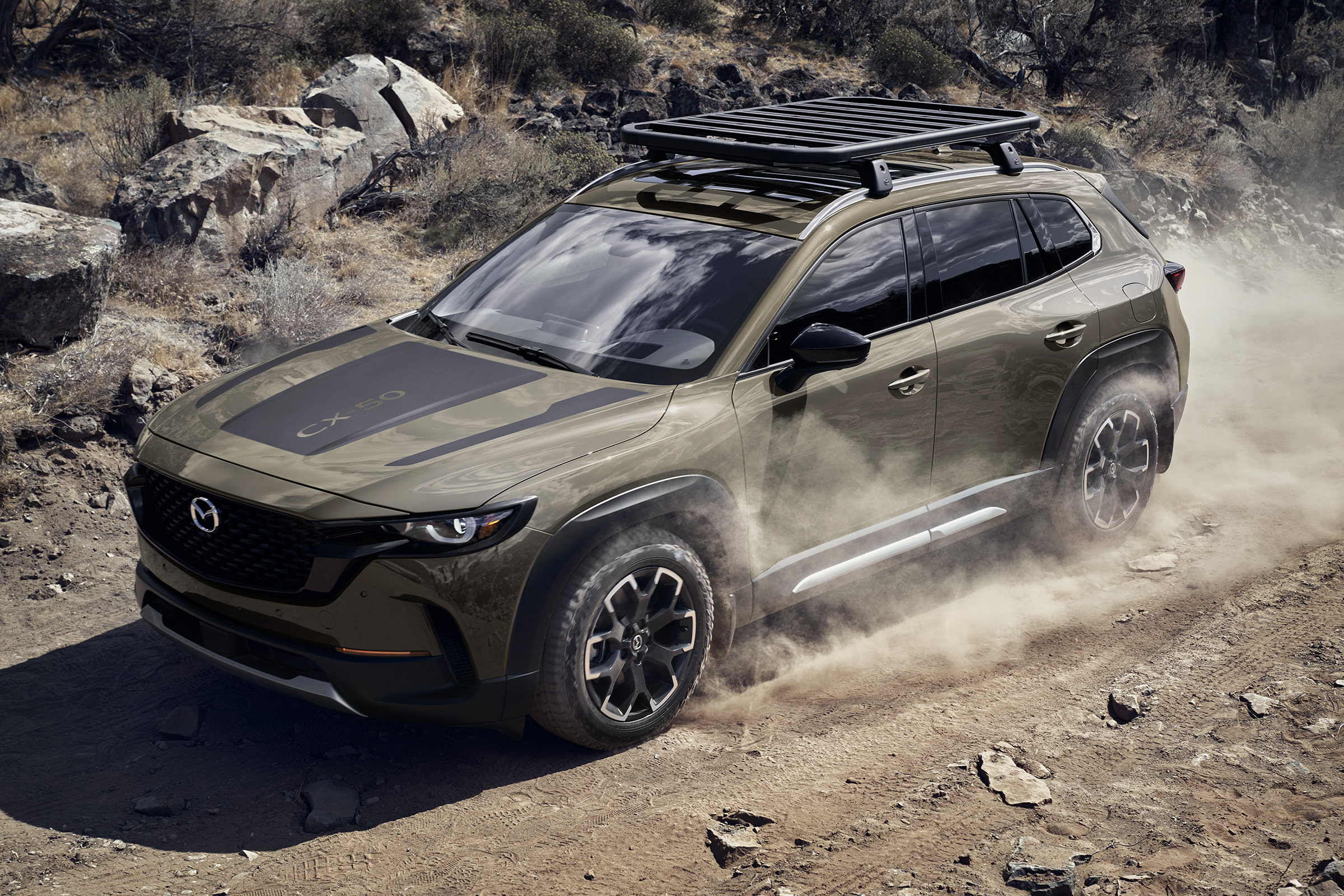 The CX-50 will launch with turbo and naturally aspirated 2.5-liter engine options, with hybrid and electric options teased. It was noted that the exterior design was inspired by the desire to escape from the city and explore wilderness. That being said, Mazda engineer Dave Coleman stated that the team knew that most of the time driving to escape the city will be done on pavement including city streets, highways, and twisting mountain roads. Therefore, the team did not wish to sacrifice street performance in ways that would only surmount to limited off-road performance.

Mazda wanted the CX-50 to behave consistently across all driving modes, and to that end an assortment of drive-modes, as part of Mazda’s Intelligent Drive Select (Mi-Drive), help cater the vehicle to the situation at hand; most notably is the off-road mode. 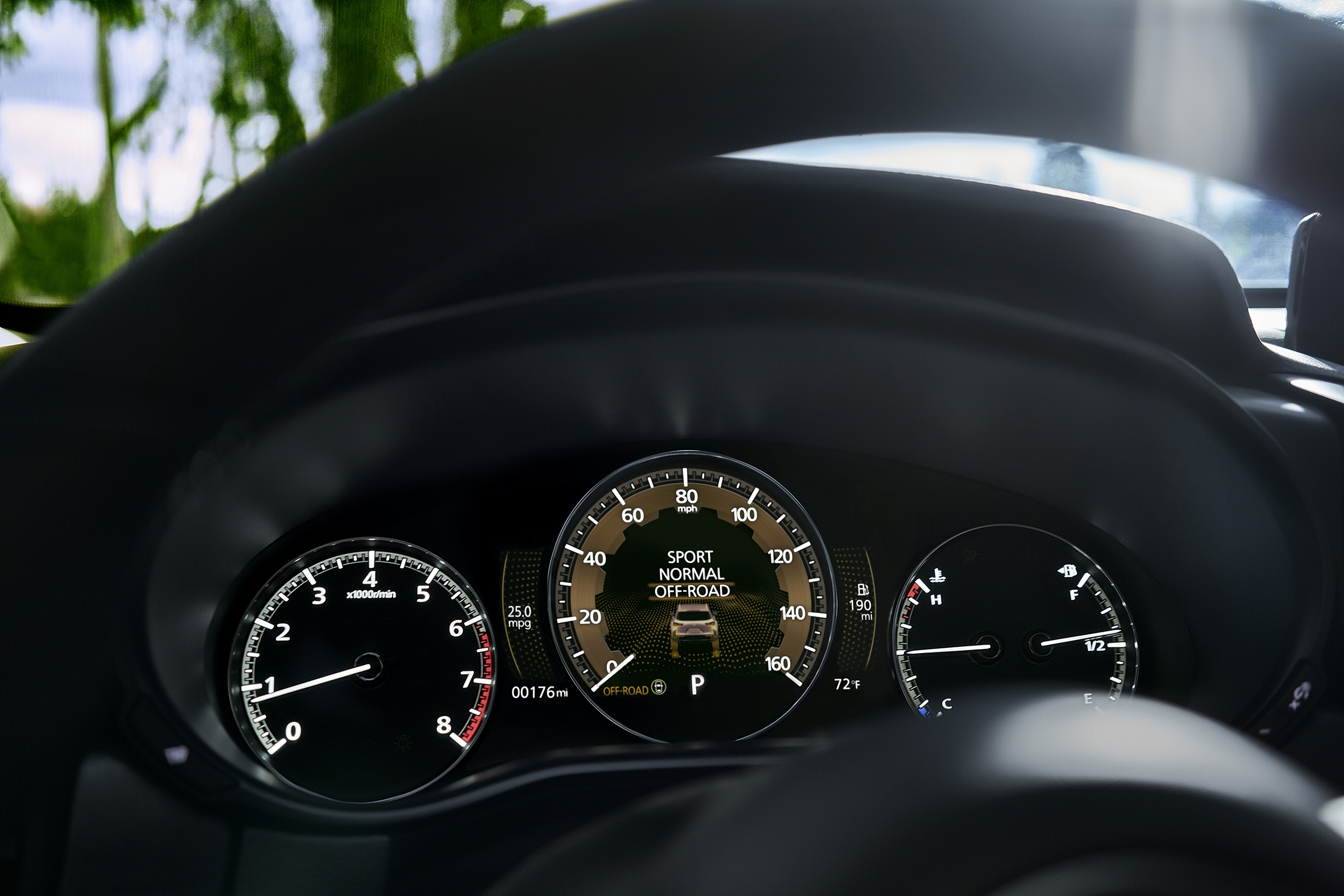 Instead of introducing drive modes for specific types of difficult off-road conditions such as rocks and mud, Mazda lumped everything into a single off-road driving mode. However, this selection unlocks a variety of features, such as a brake hold for on-hill assists and an increased idle to put more torque on tap.

The exterior of the CX-50 features a broader stance to emphasize the capabilities and stability of the vehicle, according to Yasutake Tsuchida, senior director of design at Mazda North American Operations. The lower roof line and wide opening rear doors have made it easier for occupants to stack equipment atop the provided roof rails. The rear hatch opens to provide space for longer equipment (a tent, for example) to be loaded. 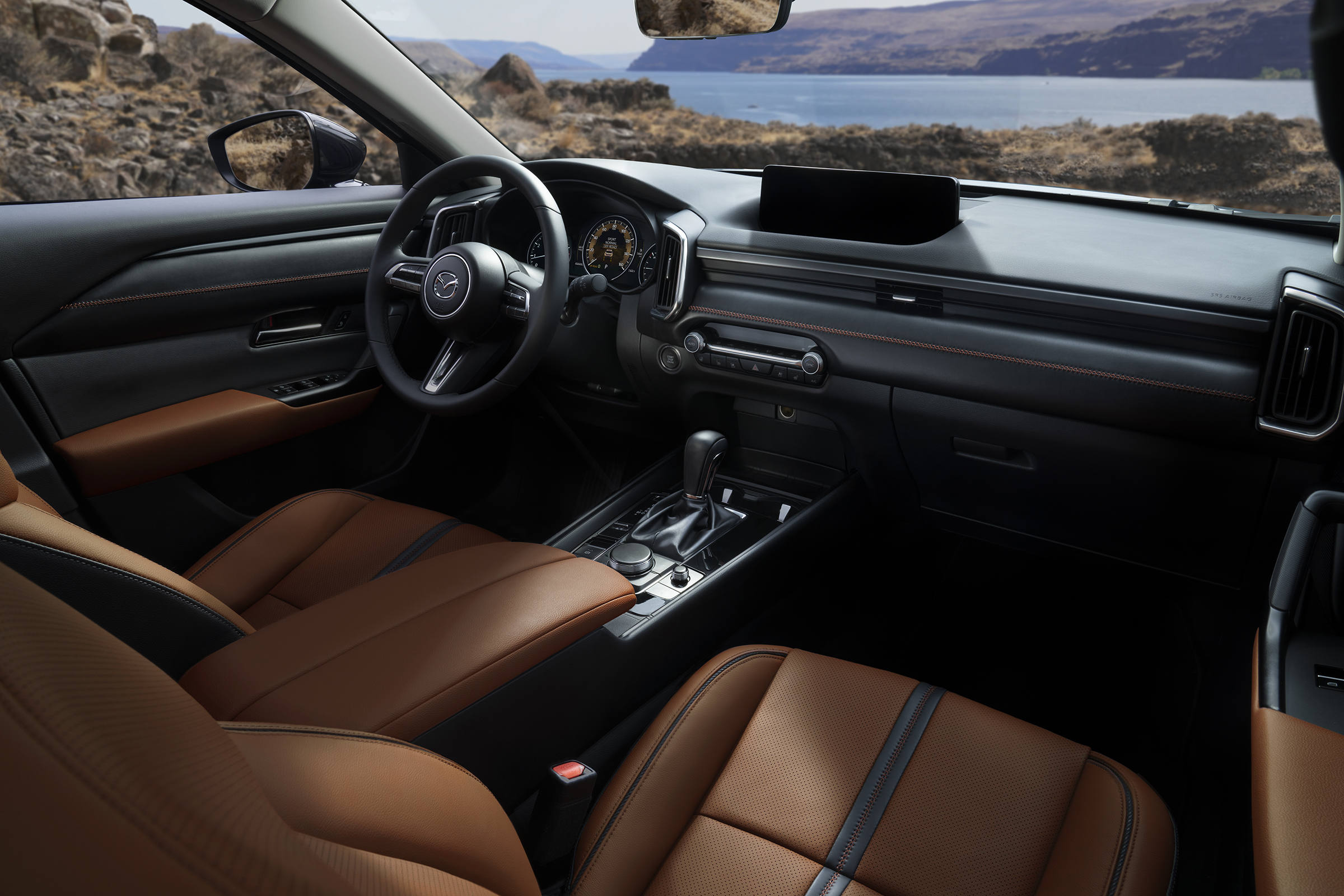 Interior-wise, the CX-50 was designed using materials inspired by outdoor gear. A first-time panoramic moonroof allows more of the outdoors to come in. Key elements and information are spread evenly across the driver-focused cockpit. Passengers, however, are still given thought, reflected by interior cabin space.

The CX-50 is the first vehicle slated to be built at the Mazda/Toyota plant in Huntsville, Alabama. It is to be joined by the impending CX-70 and CX-90, both of which will utilize a larger platform.