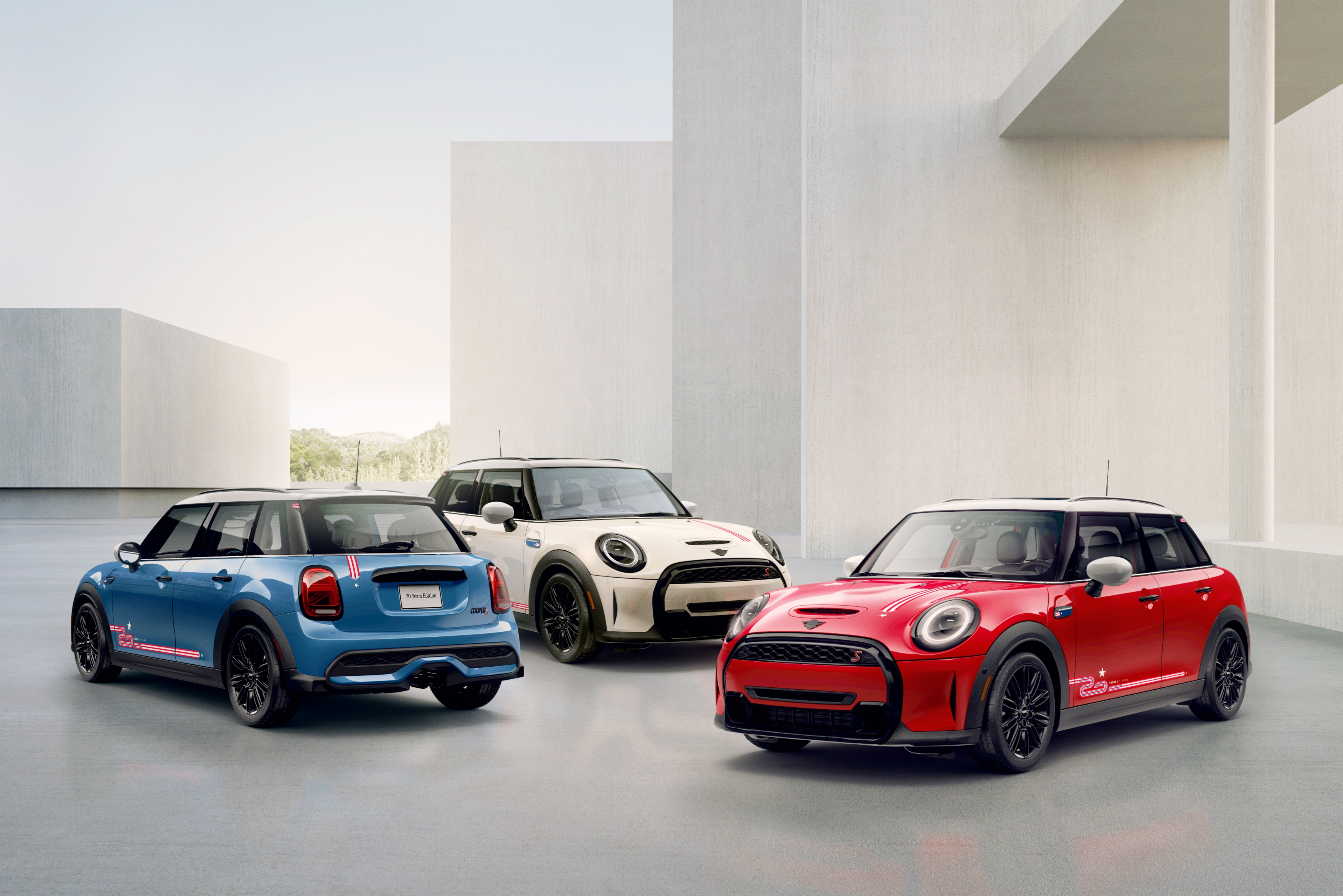 The 20th Anniversary model is expected to arrive at dealers later this month, retailing for $37,165 after destination. As expected, this unique trim is served up with many of the Cooper’s bells and whistles, as well as plenty of throwback accents. 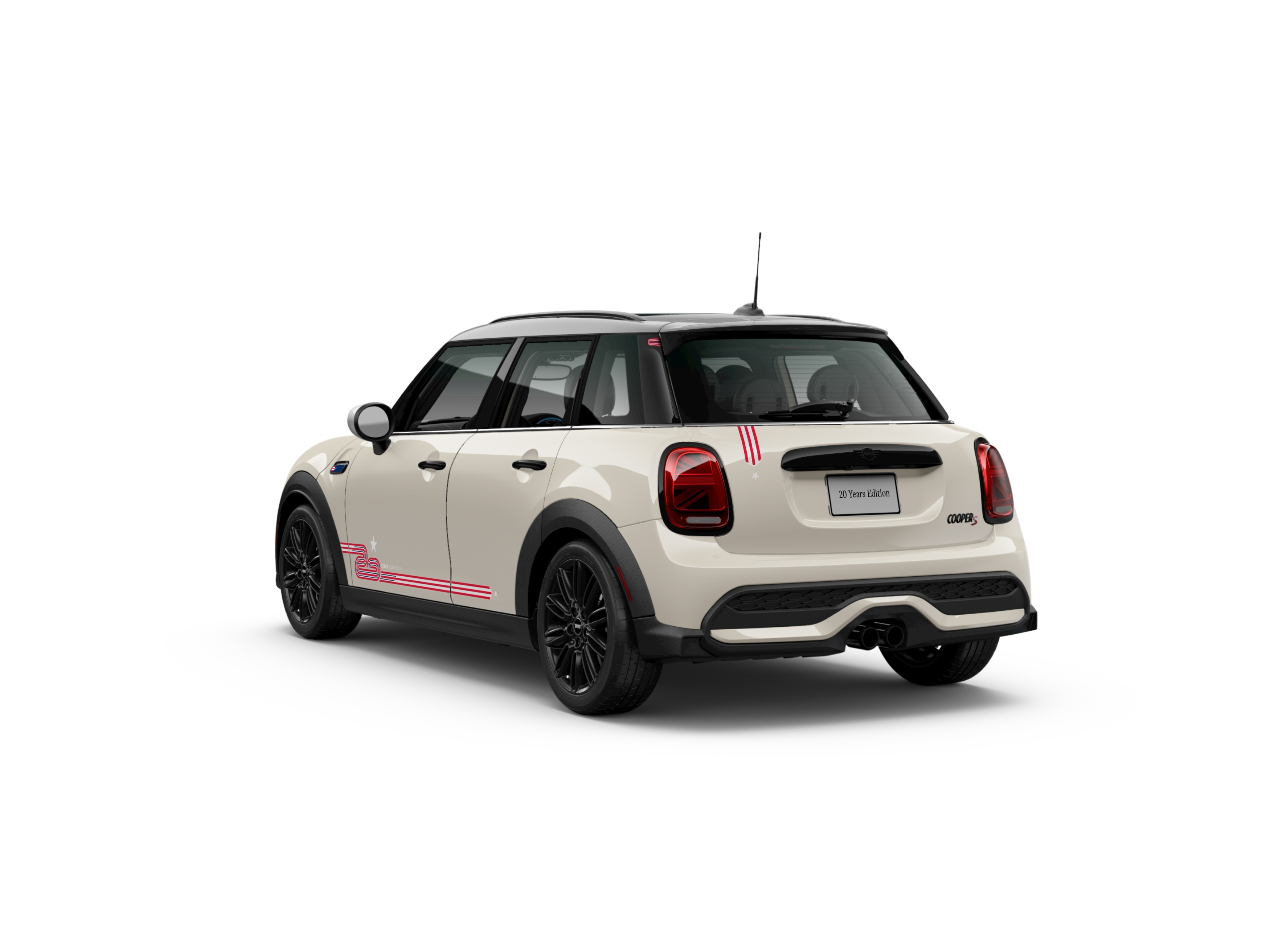 For starters, it will be offered in Chili Red, Pepper White and Island Blue; the US MINI launched in 2002 in Chili Red. Those three colors are said to represent the core colors of the American and British flags. Contrasting either of them is a silver roof and mirror caps, along with select Piano Black trimmings; an offset stripe travels across the bonnet’s driver side, and two similar graphics travel on either side.

All four corners ride on 17-inch Tentacle Spoke wheels, finished in black and wrapped in all-season tires. The roof rails and panoramic moonroof are also included as standard; the latter sheds more light into the sport-inspired interior. Carbon Black Leatherette makes the seats, with Nappa leather adorning the steering wheel. Expect plenty of amenities, like heated front seats, the Touchscreen Navigation Package, Advanced Real-Time Traffic Information and a Dynamic Digital Instrument Cluster. And to top it all off, the center of the steering wheel is finished with a 20 Year Edition insert, complimented by various edition-exclusive graphics.

Our own Stephanie Hart recently partook in an East Coast MINI takeover, surrounded by two decades worth of these iconic cars. We’ve driven many a MINI over the years, and we’re happy to report that they’re still just as fun to drive in 2022 as they were in 2002.