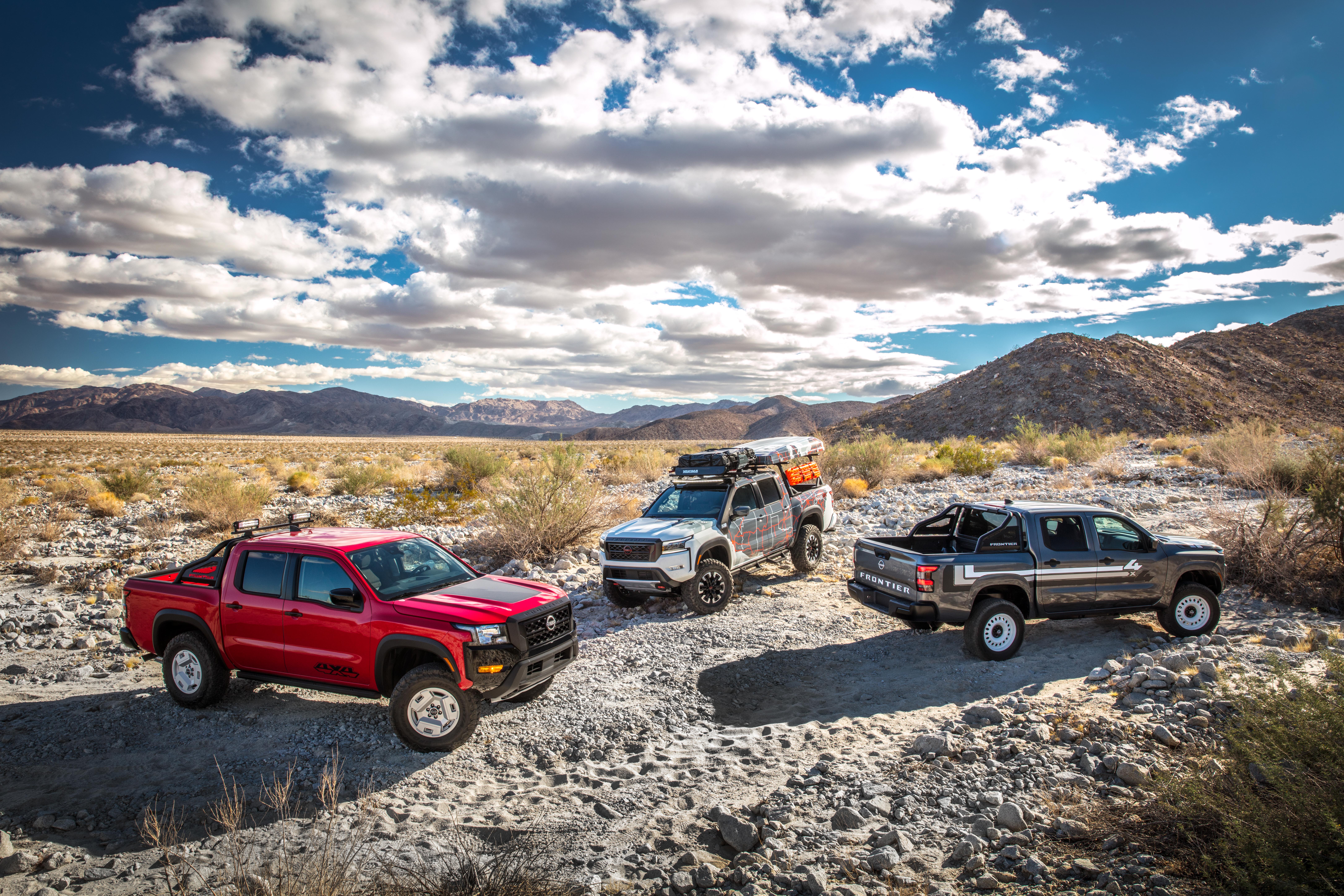 Nissan has unveiled three unique concept trucks at the 2022 Chicago Auto Show, all of which are based on the 2022 Frontier midsize pickup.

This showcase follows the launch of the refreshed 2022 Frontier, which was unveiled in the fall of last year. The three concept trucks are: Project Hardbody, Project Adventure and Project 72X. Each of these is based on the Crew Cab platform; however, they start with three different trim levels: the Frontier S, SV and PRO-4X. 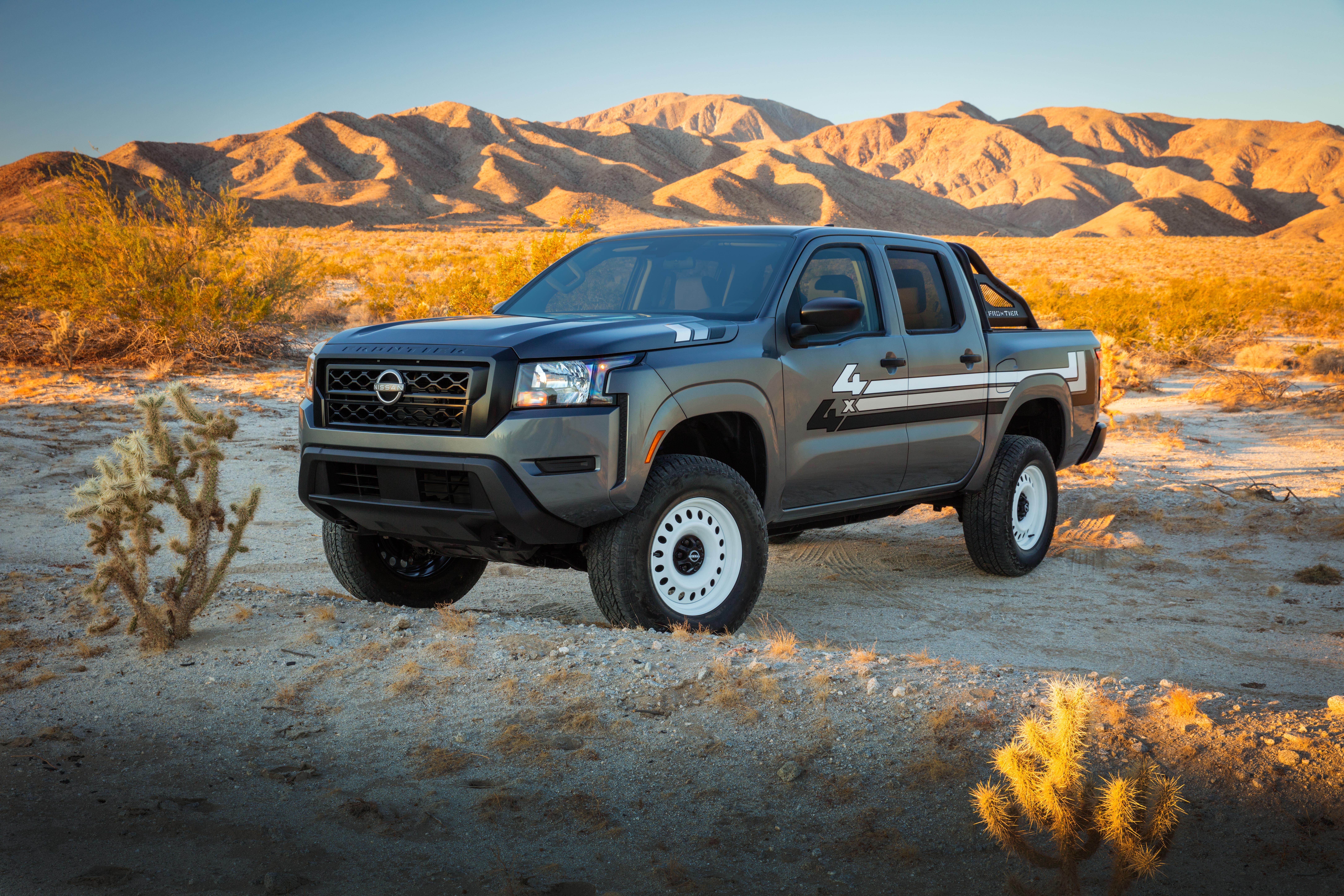 This is said to be a modern take on the Datsun 720; one of Nissan’s most popular trucks. In fact, the 720 was the first Nissan vehicle to be assembled in the United States in 1983 (following its market introduction in 1979). Back then, it was affectionately referred to as the “Lil’ Hustler.” 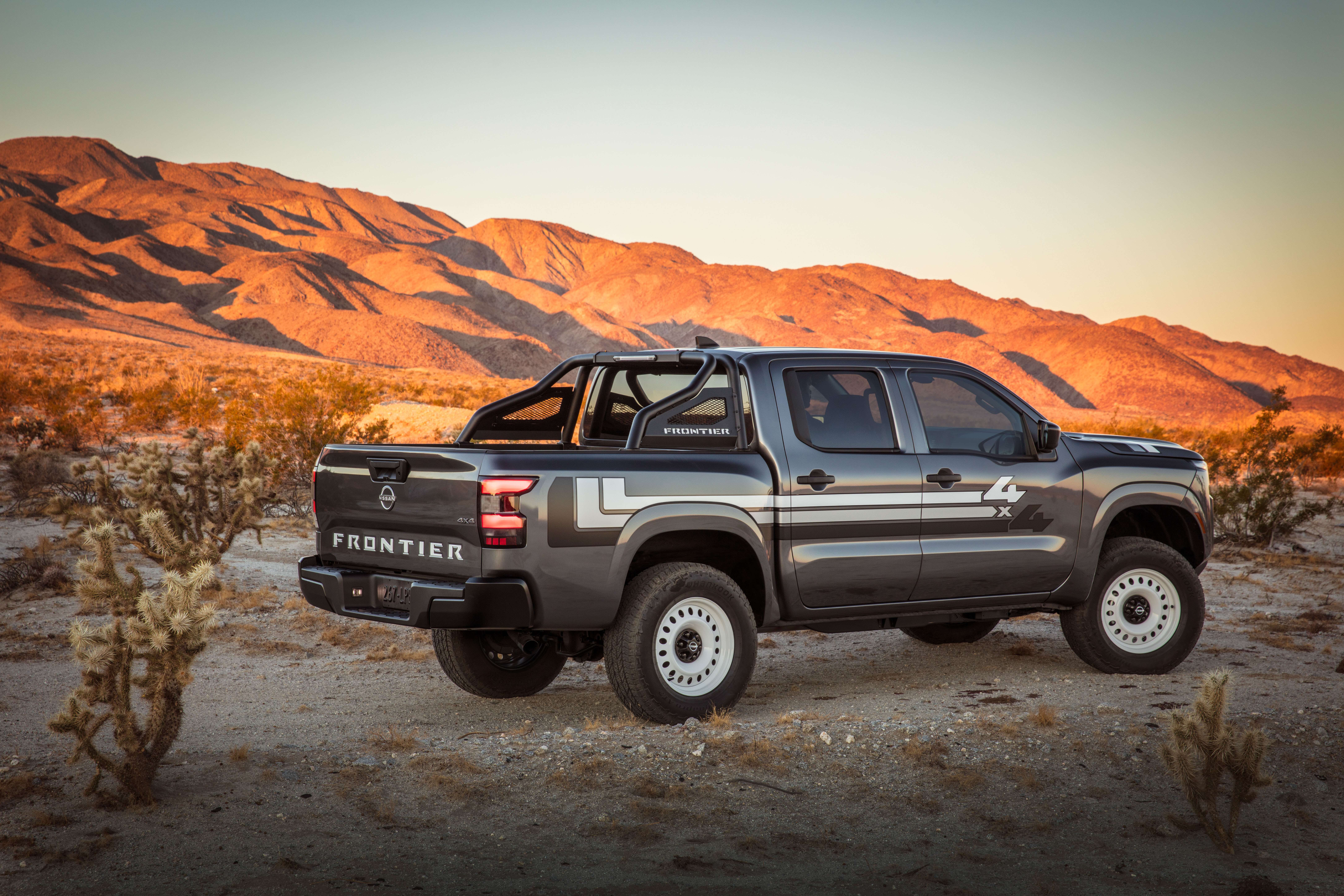 Sticking to it’s barebone roots, the 72X concept starts as the 2022 Frontier S 4x4, the entry trim level for the pickup. The gray lacquer is contrasted by the white graphics, white tailgate insert and painted-white steel wheels. Those “steelies” are actually refinished spares for the 2022 Frontier wrapped in PRO-4X rubber. 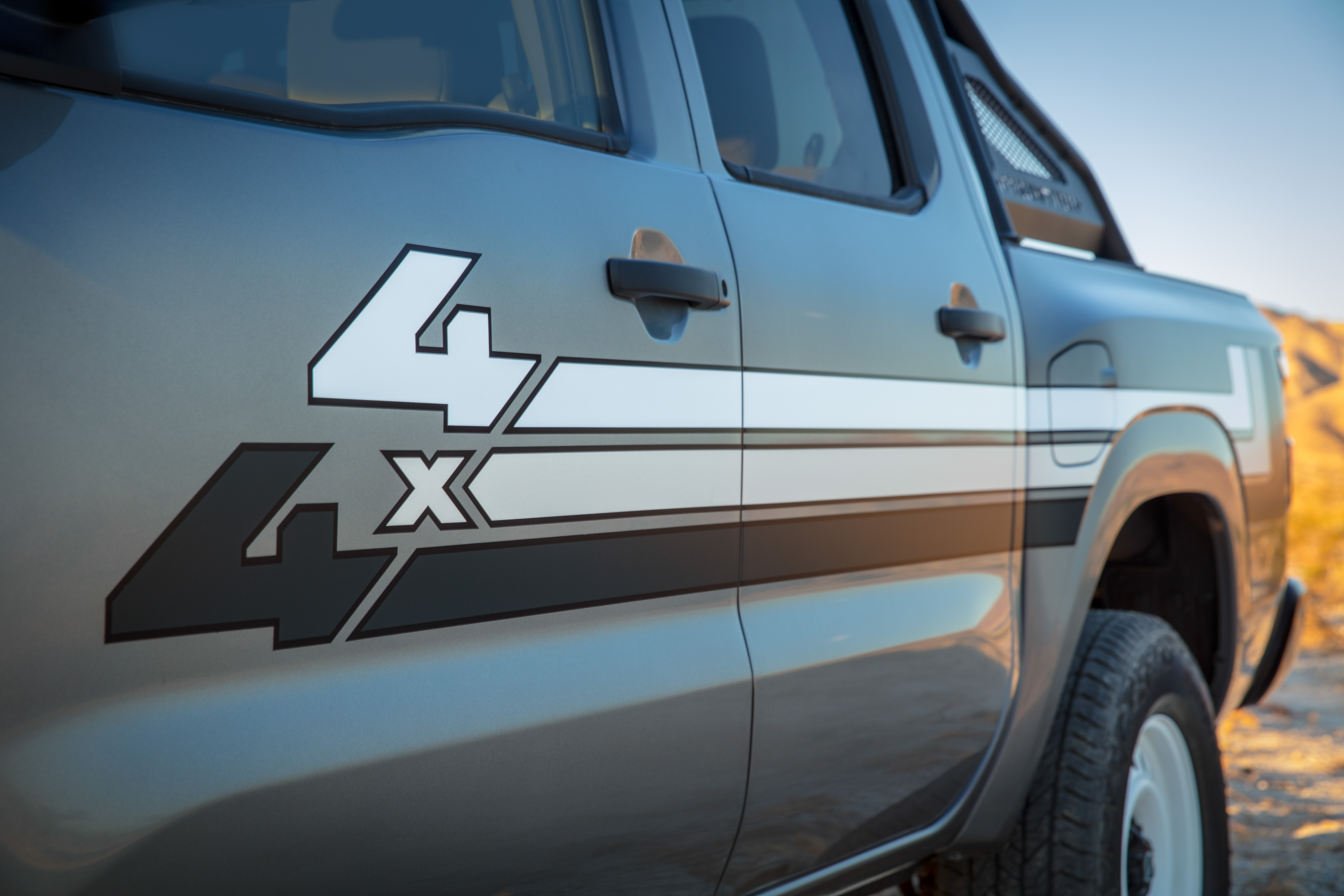 Other modifications are the 2.5-inch lift kit, complete with adjustable front suspension arms and a sport bar behind the cab. Combined, it harkens back to the days of the rugged Datsun 720. 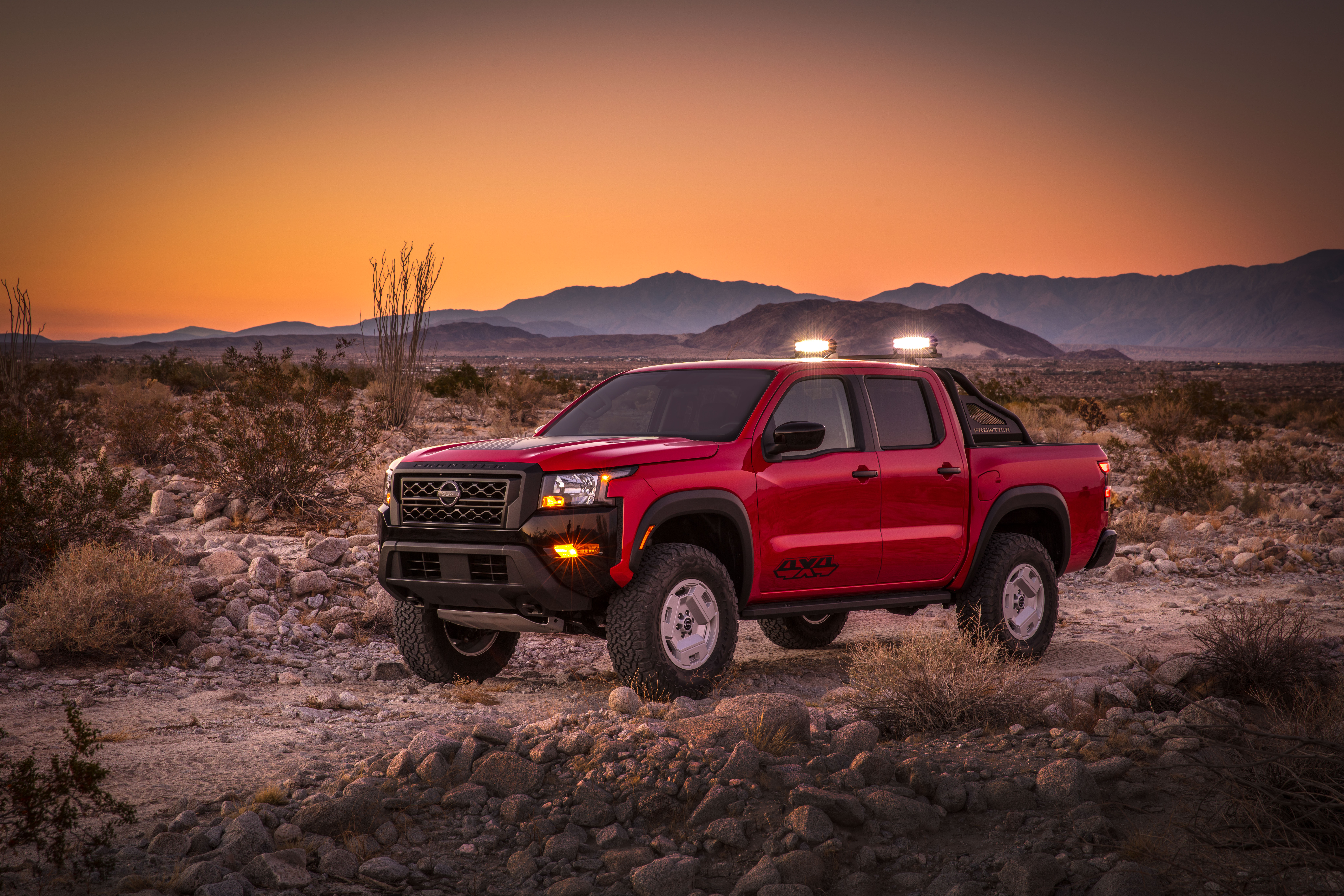 Another retro throwback, Project Hardbody is a tribute to one of Nissan’s most iconic trucks: the Nissan D21 “Hardbody.” As history tells us, the D21 was the first truck design to be completed by Nissan Design America (NDA). The name comes from it’s double-wall bed and aggressive stance, though the legend of the D21 Hardbody is attributed to its success in a variety of on and off-road competitions. 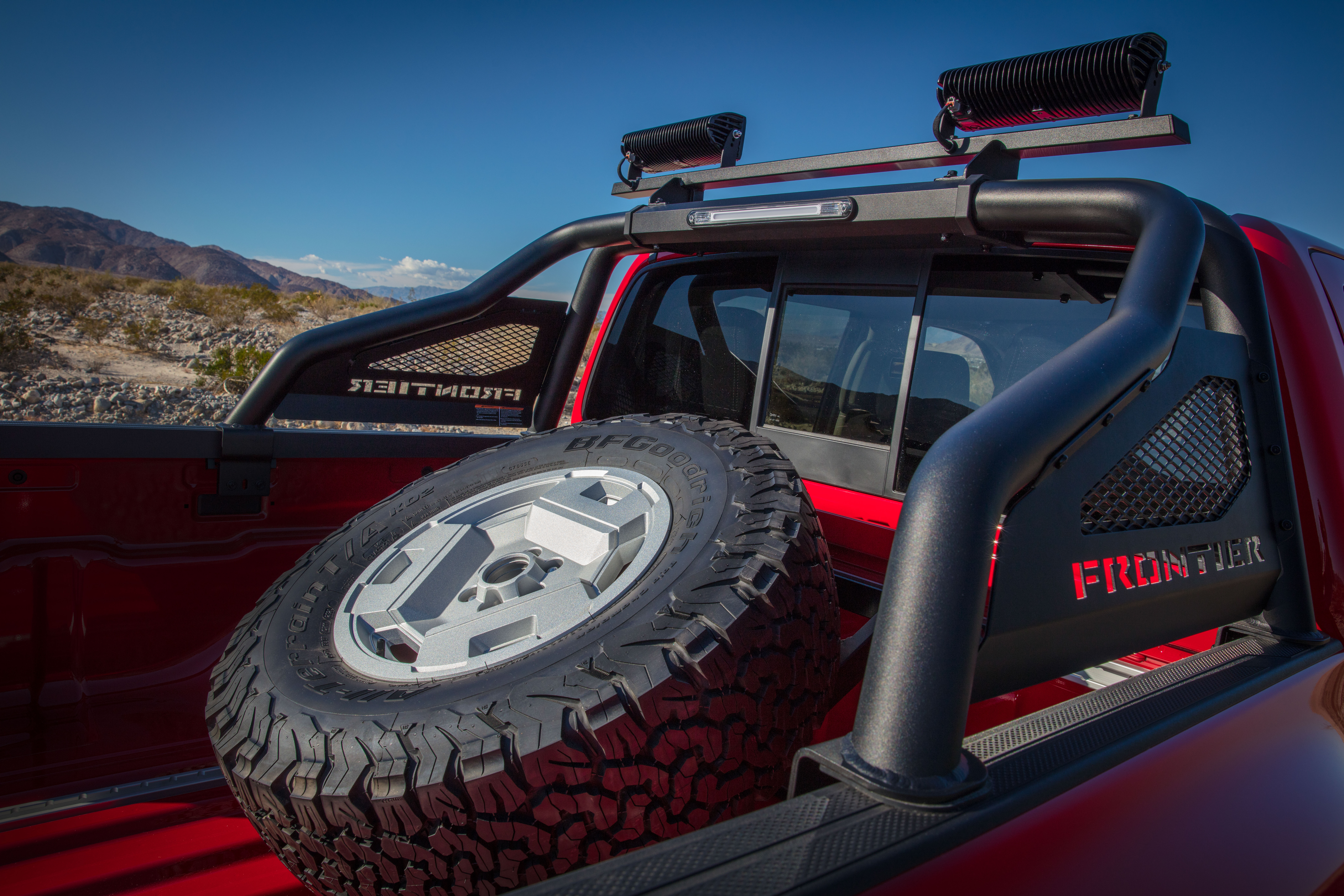 This modern throwback starts life as a 2022 Frontier SV 4x4. It’s supported by a 3-inch lift kit with adjustable upper control arms. Overfenders are pulled from the current PRO-4X model, shrouding the classic Hardbody block-style wheels designed and milled at NDA. They are wrapped with 33-inch tires, as is the bed-mounted spare. A sports bar is outfitted with 10-inch rectangular LEDs.

The front of Project Hardbody is blacked out, including the entire grille and lower fascia. It’s complemented by the equally-dark hood livery and door graphics filled with 80’s-style shadow outlining. 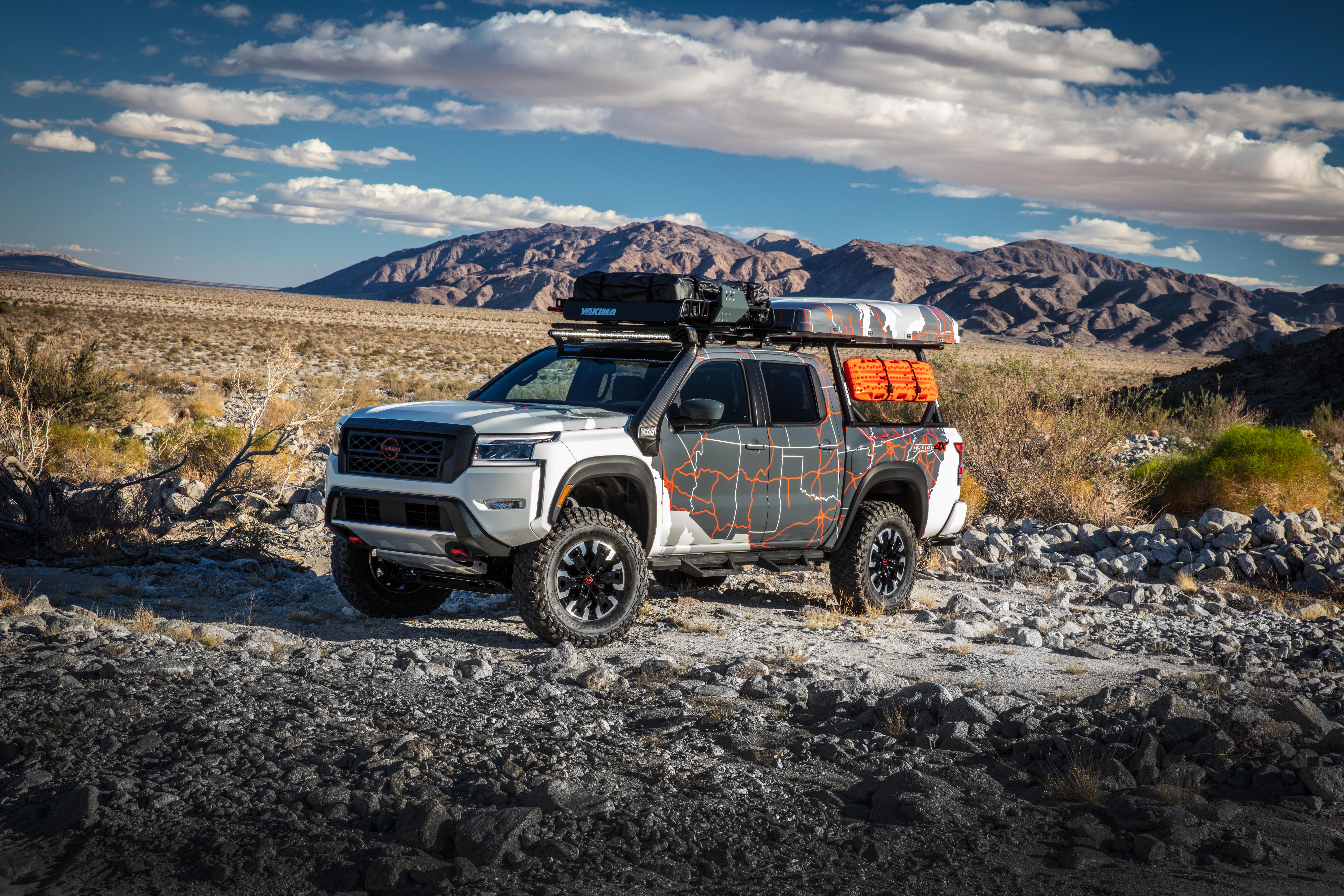 While retro-vibes are an easy way to pluck at the nostalgic heartstrings, Project Adventure acts as a modern statement in the increasingly-popular overlanding trend.

In order to compete in said trend, this concept truck starts as the off-road-capable 2022 Frontier PRO-4X. It’s then outfitted with a 5-inch lift kit to accommodate the 34-inch mud-terrain tires. As tempting as it may be to take a lifted truck through a few feet of standing water, Nissan ensured the truck could breathe under such conditions by mounting a carbon fiber snorkel, designed and crafted by NDA. 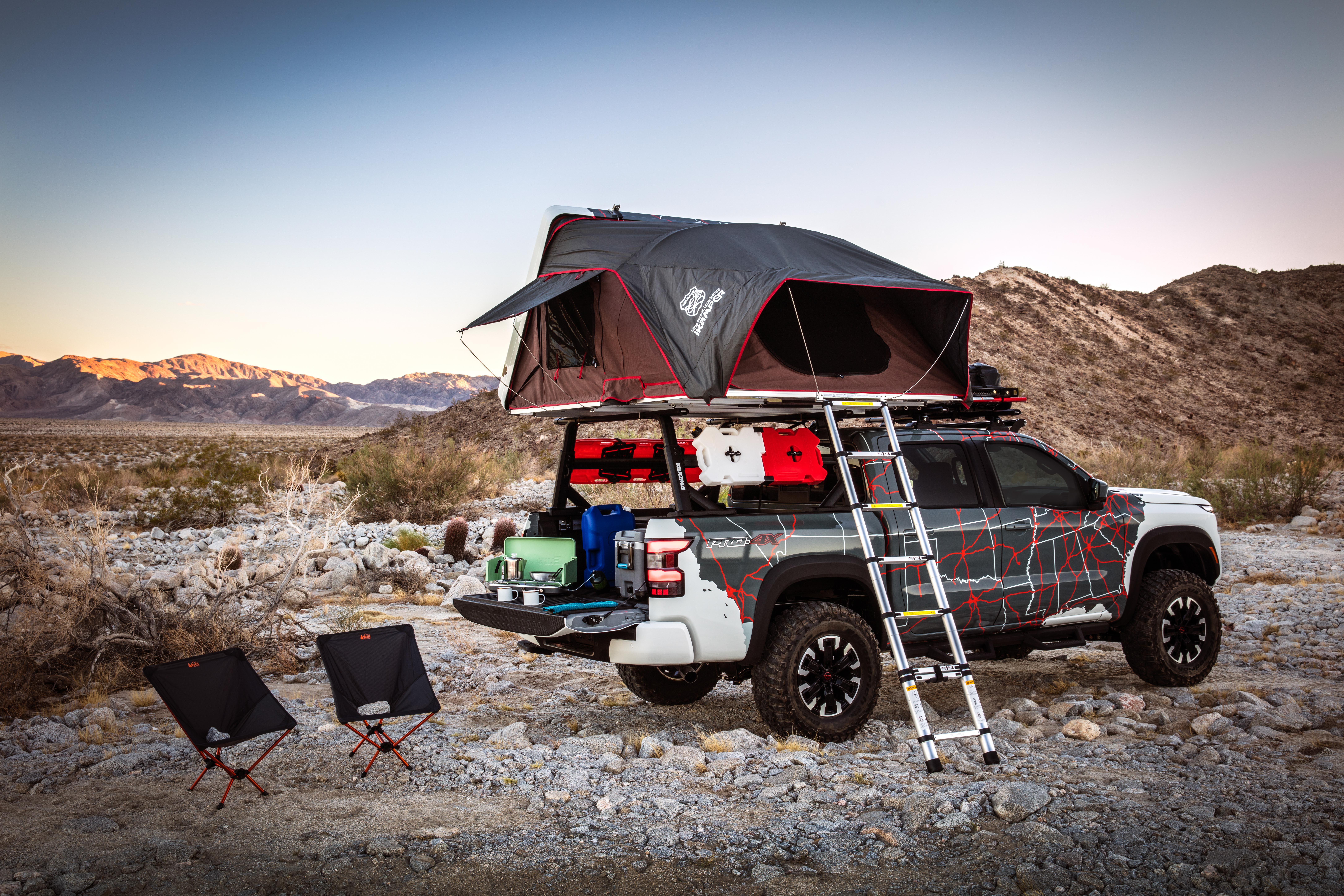 While an adventure is about the journey, overlanding is also about the destination-- specifically, where you’re going to sleep, and the most popular way to do it is in (or on) your vehicle itself. Nissan has equipped Project Adventure with a Yakima bed rack system and Yakima LoadWarrior roof basket, sky tent and Bluetooth bed audio system by KICKER.

The most striking exterior modification, however, is the special atlas livery, which depicts large portions of the United States, major routes and state borders included.

While all of these concept trucks are just that-- concepts-- they serve as Nissan’s statement to the average consumer that the 2022 Frontier’s refreshed exterior is capable of adventure as much as it is capable of highway commuting.

We made our own impressions on the 2022 Frontier during this season’s Road Test, which you can watch and read up on here.