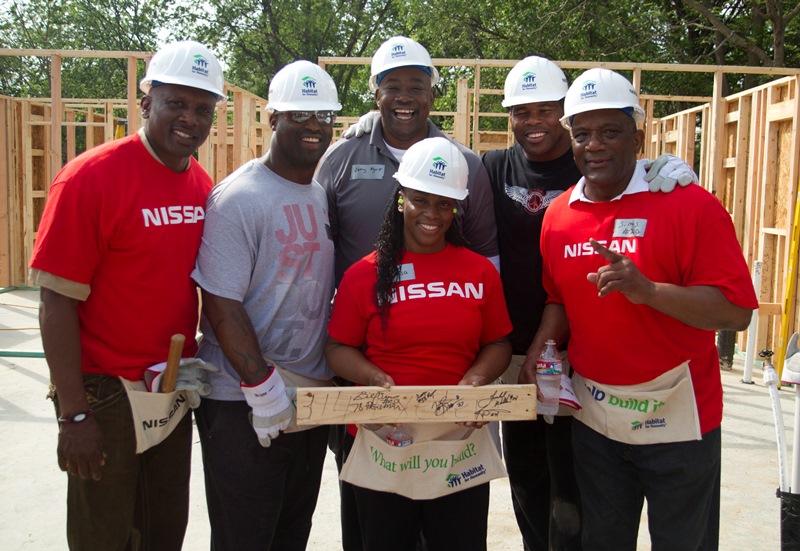 Raising walls was the task at hand for five Heisman winners affiliated with the Heisman Trophy Trust and Nissan over the weekend. The group began building a new home that is part of the East Oak Cliff neighborhood south of Dallas.

This kicks of the construction of 30 houses that the Dallas Area Habitat for Humanity is building as part of the 2014 Jimmy & Rosalynn Carter Work Project. 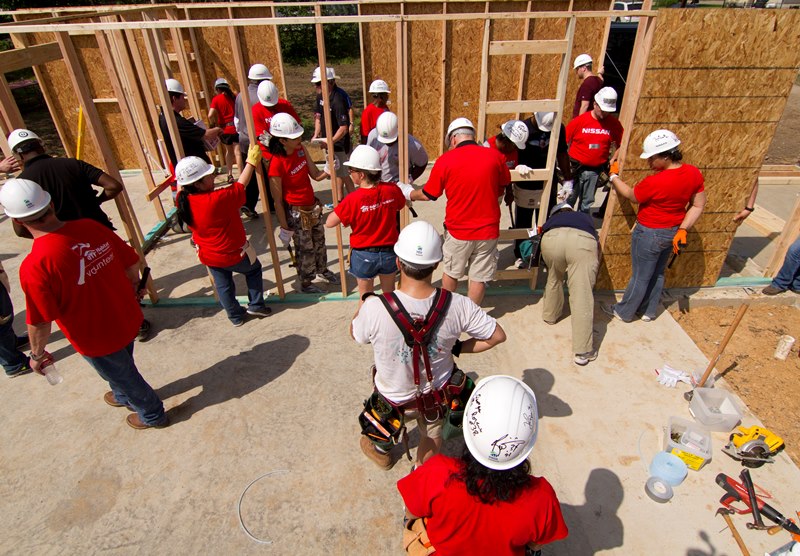 "I have been in dark places before. I have been where I did not have money when I grew up. I have been in a place when I did not think anyone was going to help me," said Walker. "But to see her (Hunter) smile, and see everyone out here working, and enjoying that, that makes it even more important. To see people smile as they work and help, that is one of the best things you can do."

This isn’t Nissan's first time building homes with both Habitat for Humanity and the Heisman Trust. Nissan joined the two organizations in 2013 building in the New Orleans area. The organizations have formed this special partnership to build homes in areas where Nissan employees and customers, live and work.

Check out this video of Jessica Hunter, a Mom to three children ages four, seven, and nine, that is currently working as a loss mitigation specialist at Citigroup in Dallas. She has been working to buy this house for months and surprised her children on Saturday with the news of their new home.