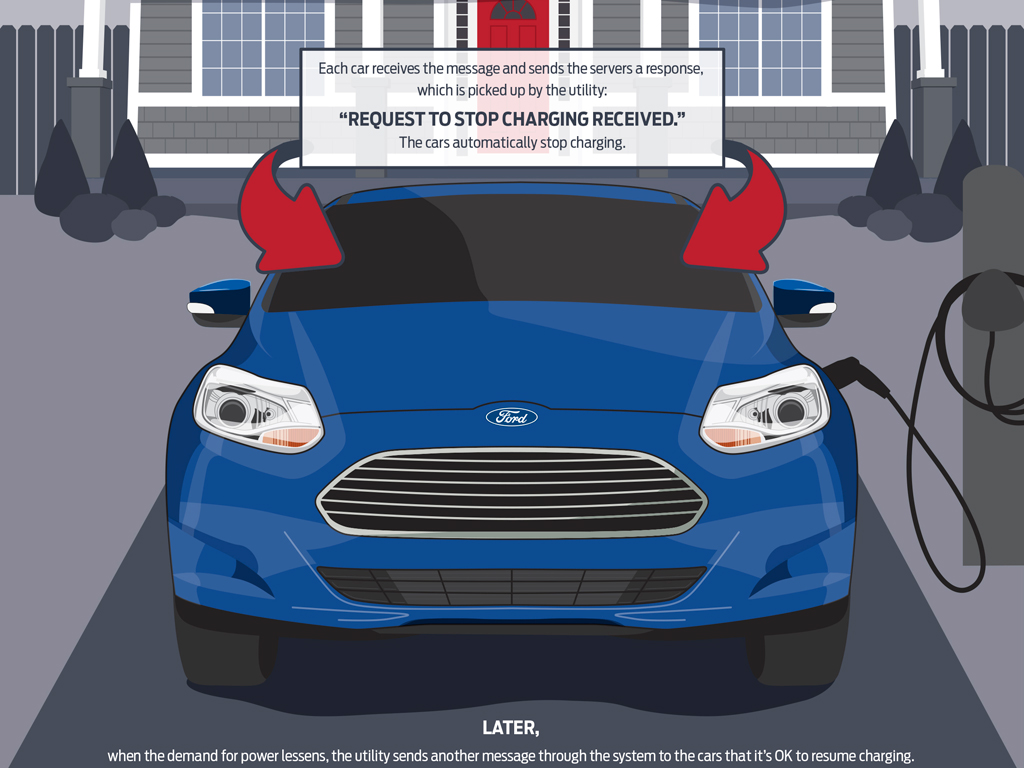 Ford Motor Company announced they will join seven global automakers this week for a first-ever test of technology that will allow utility companies to communicate with plug-in electric vehicles via the cloud. It is said that this advancement in technology would help manage energy use and help to improve the efficiency of the power grid.

The automakers are collaborating with the Electric Power Research Institute, leading utility companies and Sumitomo Electric to develop a communication platform that would allow plug-in electric vehicles from all participating manufacturers to work with power grids. This system will allow the utility companies the ability to send a message directly to the vehicle. The company can communicate messages to the vehicle such as asking it to stop charging temporarily as a way of helping a grid that is becoming overloaded. There is also an opt-in program that will allow customers to refuse the request.

There will be a demonstration of the new technology held at the Sacramento Municipal Utility District’s Customer Service Center in Sacramento, California on October 16.

The way the technology works is a vehicle owner would plug in their vehicle for charging, setting a time for departure. The system will determine how much the vehicle needs to be charged and send a request to stop charging once the vehicle has been fully charged.

Utility companies will offer financial incentives to customers who make their plug-in electric vehicles available to the grid. Customers who opt-in to the program can charge their cars at a location of their choice and have the ability to ignore the utility’s request to stop charging.

Sumitomo Electric is the platform IT developer for this demonstration.