Over the years we have noticed how seriously Ram takes heavy-duty towing and hauling. With this week’s start of the 2015 model year Ram 2500 and 3500 Heavy Duty production, Ram has taken things up a notch. The 2015 Ram 3500 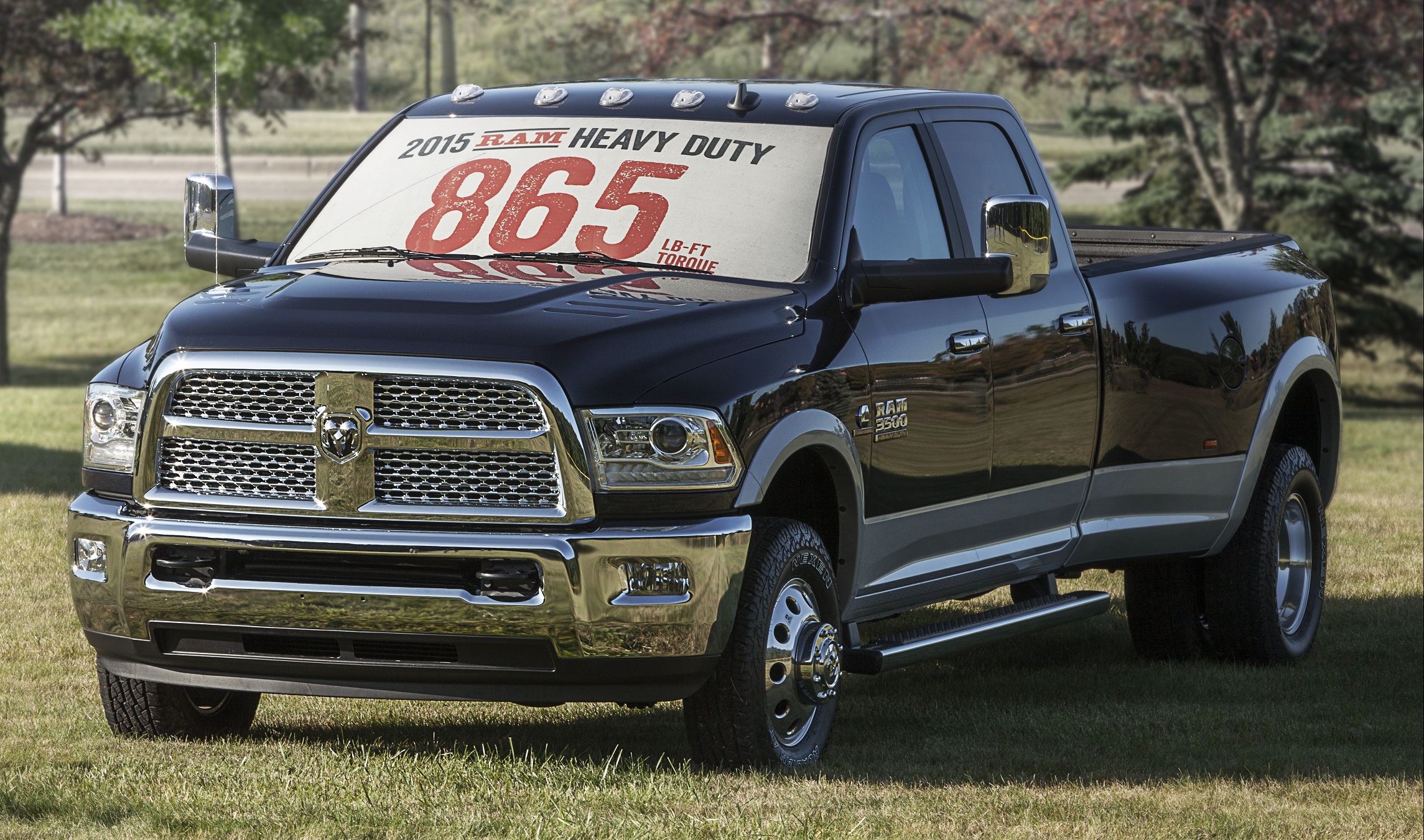 models will offer increased torque ratings of 865 lb.-ft. and an increased payload of 7,390 pounds, while maintaining a class leading maximum tow rating of 30,000 pounds.

According to Ram this improvement will place the Ram ahead of the competition, while maintaining performance and EPA compliance. According to Ram, the payload claim was made possible by challenging the Ram 3500 6.4-liter HEMI V-8 pickup with an increase in GVWR of 100 pounds, now 13,800 pounds GVWR.

“Ram has driven innovation in the heavy duty segments and intelligently engineered a better truck than our competitors, including a 30,000 pound towing monster,” said Mike Cairns, Director— Ram Truck Engineering, Chrysler Group LLC. “Our 2015 Ram Heavy Duty Trucks own all three relevant titles in the segment: towing, payload and power, while delivering an impressive level of comfort and features unavailable elsewhere in the market.”

Ram's increase in payload and tow ratings appears to be a direct response to a recent report from Automotive News questioning the ratings. This report revealed how some truck makers have been weighing pickup models missing common items; specifically the spare tire and jack, the radio and the center console causing a war between truck makers of who really has the best in tow. Ram claims to have weighed their trucks with all the expected equipment installed.

The Ram 2500 and 3500 Heavy Duty pickup trucks are assembled at Chrysler Group’s Saltillo Truck Assembly Plant in Coahuila, Mexico. The 2015 models are scheduled to hit showrooms later this year.