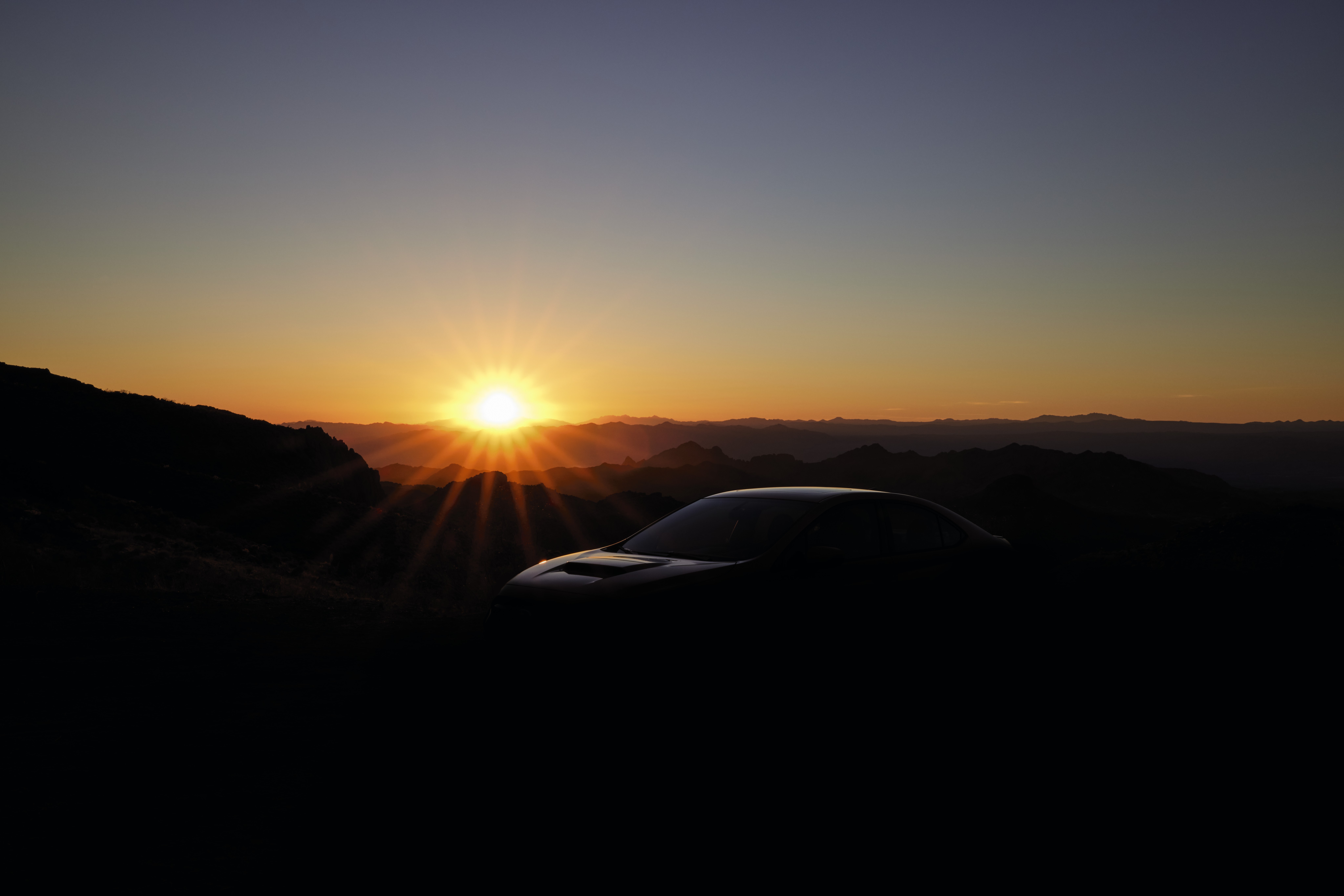 In an announcement that can only be described as short and sweet, Subaru is teasing the next road rally-inspired WRX sport compact performance car. No additional details were given at this time except that the car will arrive before the end of the calender year. Subaru will provide updates at https://www.subaru.com/2022-wrx. While few other details are for sure, we know it will be both turbocharged and equipped with all-wheel drive just like it's predecessors. The teaser photo also indicates a familiar hood scoop and wide fenders, both trademarks of the WRX. Speculation is that power will come from a flat-four 2.4-liter used in the Ascent crossover, with output that easily beats the current WRX's 268-horsepower. The even more powerful STI version will arrive later with a rumored 400-horsepower. Standard transmission for the WRX is expected to remain a manual with a CVT automatic as an option.