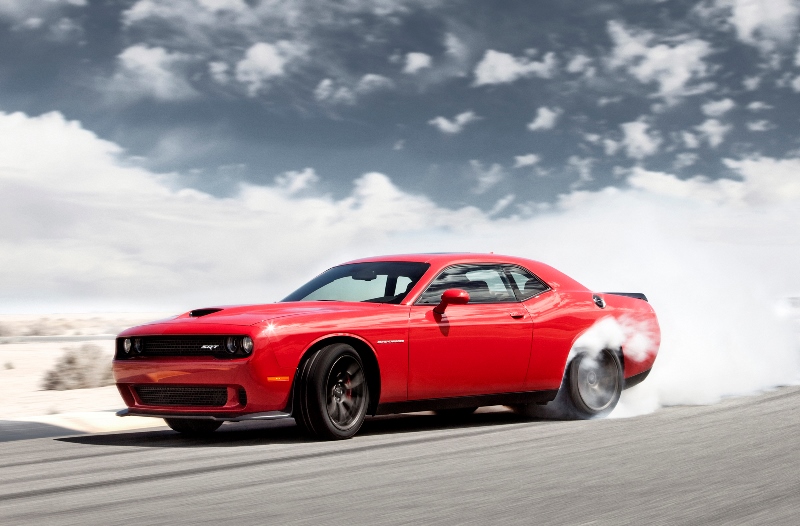 Equipped with the new 6.2-liter Supercharged Hellcat engine, the Challenger is also the first factory supercharged HEMI, as well as Dodge and SRT's first application of V-8 supercharger technology.
Chrysler says the new 2015 Dodge Challenger SRT Hellcat has been redesigned and re-engineered to be the most true-to-form muscle coupe on the market with performance-enhancing technologies. This includes the new TorqueFlite eight-speed automatic transmission and an all-new interior inspired by the classic 1971 Challenger.

The 2015 Dodge Challenger and Challenger SRTs will start arriving in Dodge dealerships in the third quarter of 2014. Watch for a rip-roaring road test of the new Hellcat Challenger this fall on MotorWeek.