Toyota Serves Up Tacos and Supras at SEMA 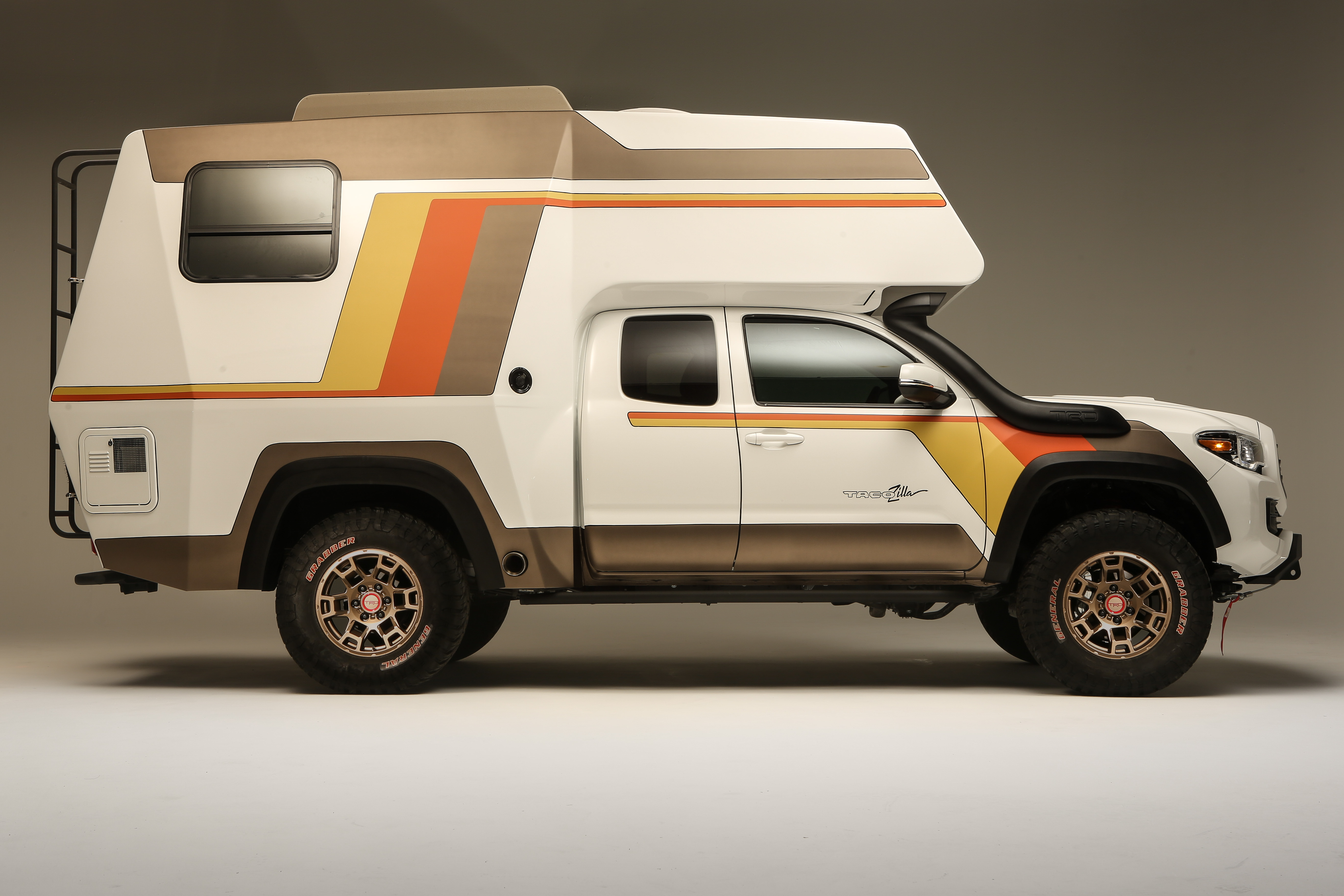 Toyota returns to Las Vegas for the 2021 SEMA show, giving us their take on the customized and capable overlander, plus a pair of Supras reminiscent of the iconic MKIV.

The Toyota Tacoma Camper, “Tacozilla,” boasts a custom-fabricated frame and camper unit. The truck has also been fitted with a pass-through which allows easy passage between cabin and camper. It has an insulated interior, a kitchen stove,  3D printed dining table and a full bathroom with running hot water; though the hottest part of this overlander may be the yellow, orange, and bronze accents across the sides-- a 70’s and 80’s throwback to Toyota’s performance liveries. 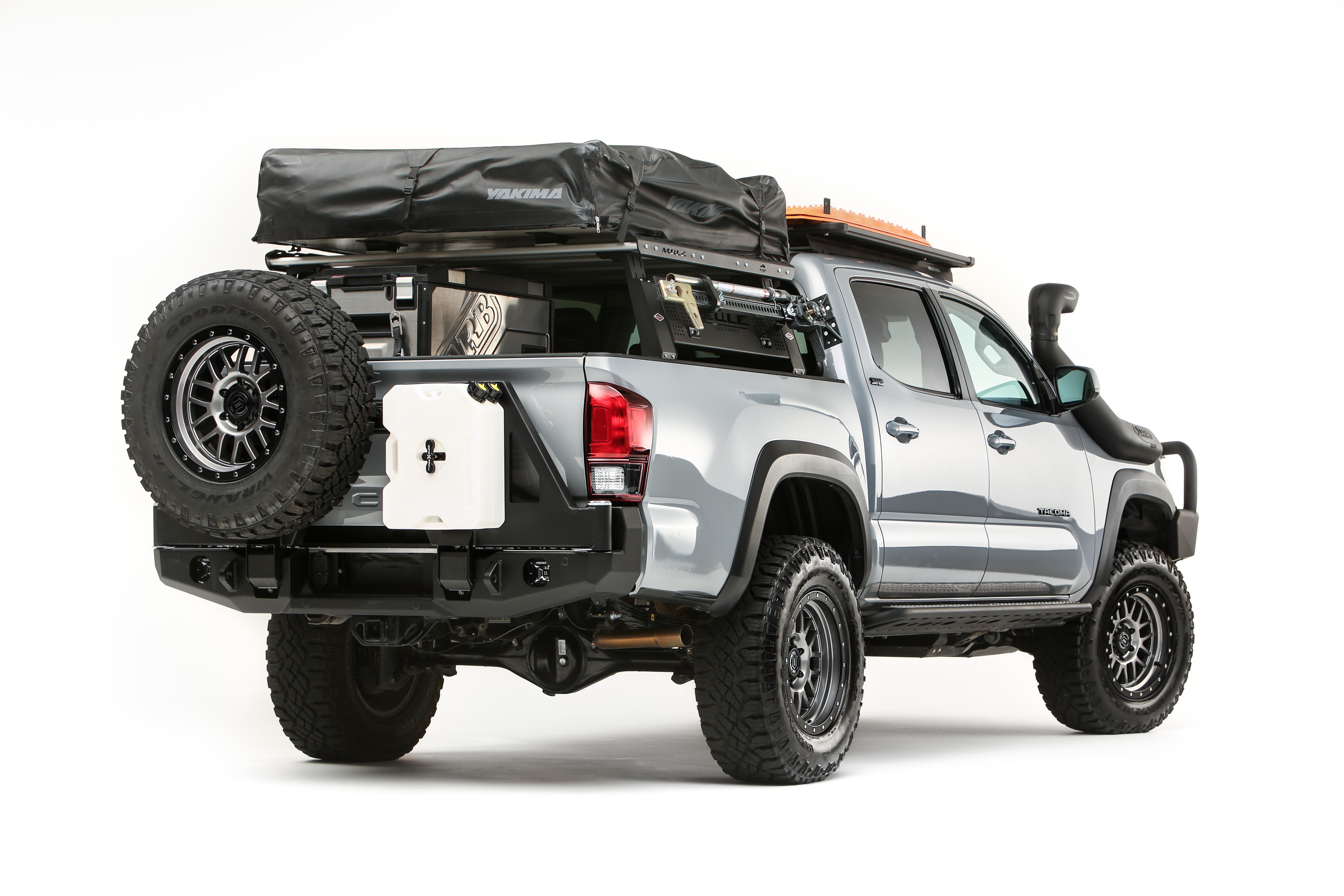 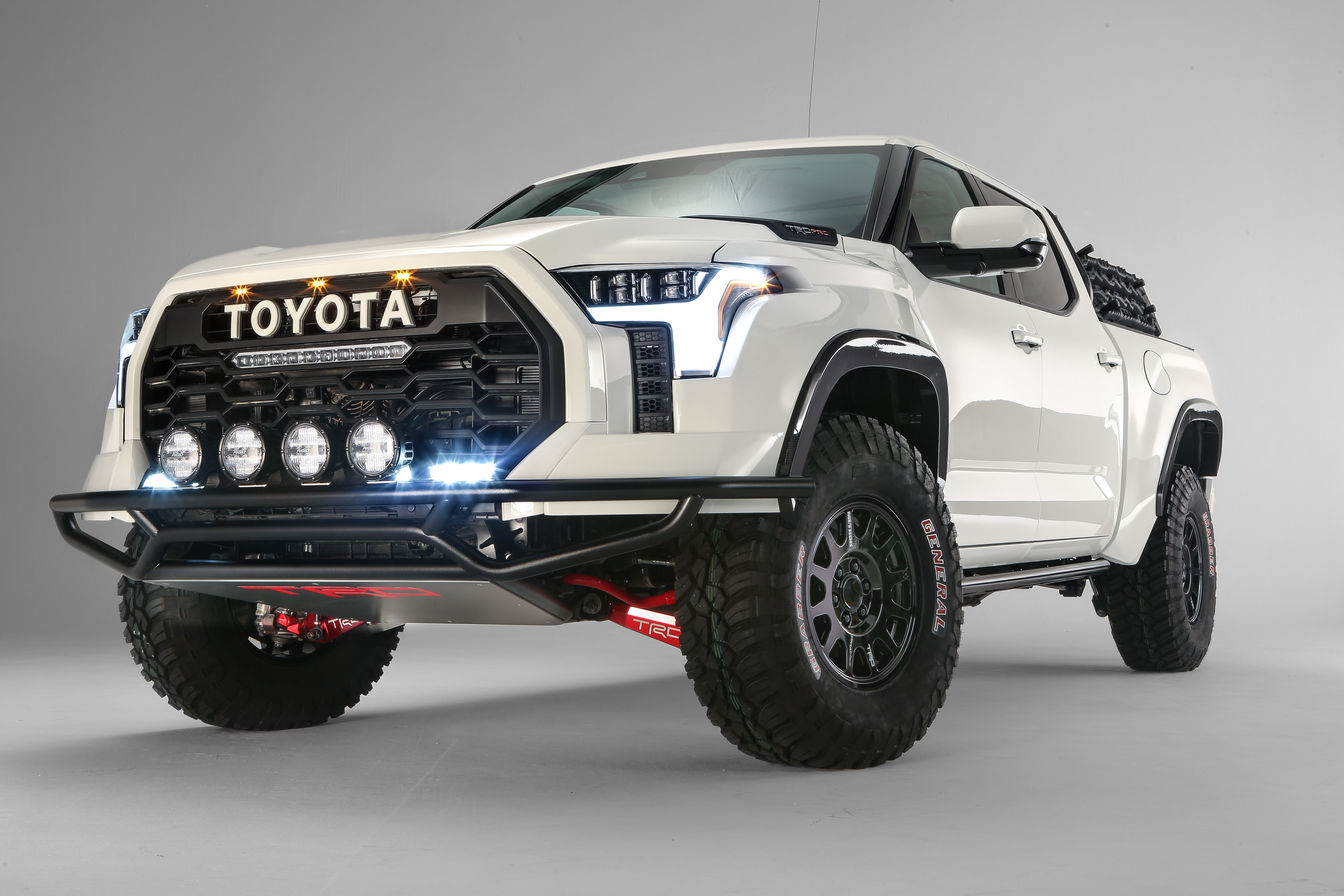 When Toyota announced that the Supra namesake would bless another generation of performance-geared sports cars, many fans yearned for the iconic imagery defined by the venerable MKIV. This year at SEMA, the manufacturer brought along the GR Supra Heritage Edition and GR Supra Sport Top to give us a look into what could be done. 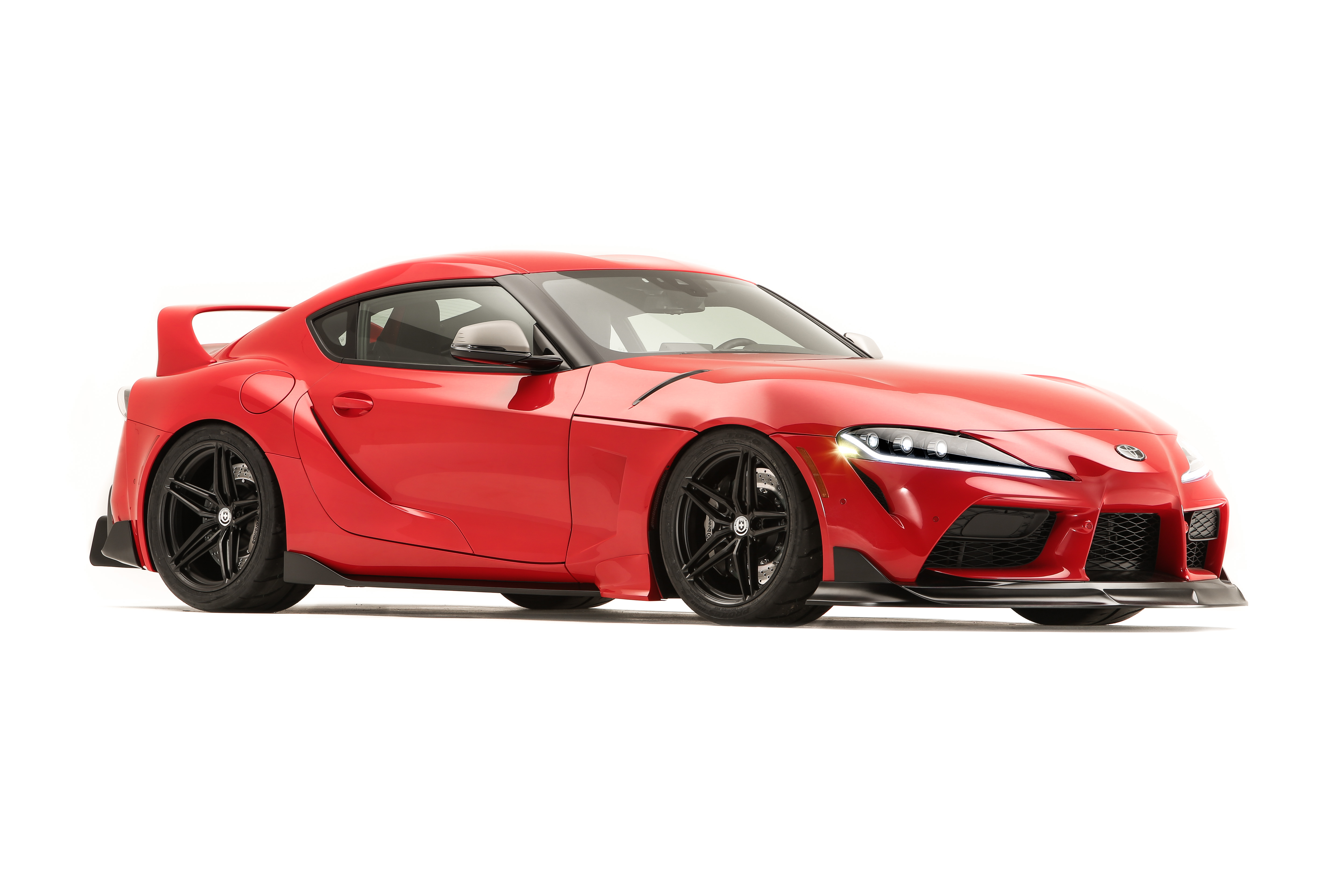 The Heritage Edition blew by fans in 2019 with it's 500 horsepower inline-six, but this custom rendition is sticking around for the cameras. It’s painted in “Re-Entry Red” and fitted with custom lights forward and aft. Most eye-catching is the MKIV-esque rear wing towering atop the rear deck. A slew of engine, turbo, and brake upgrades were also included. 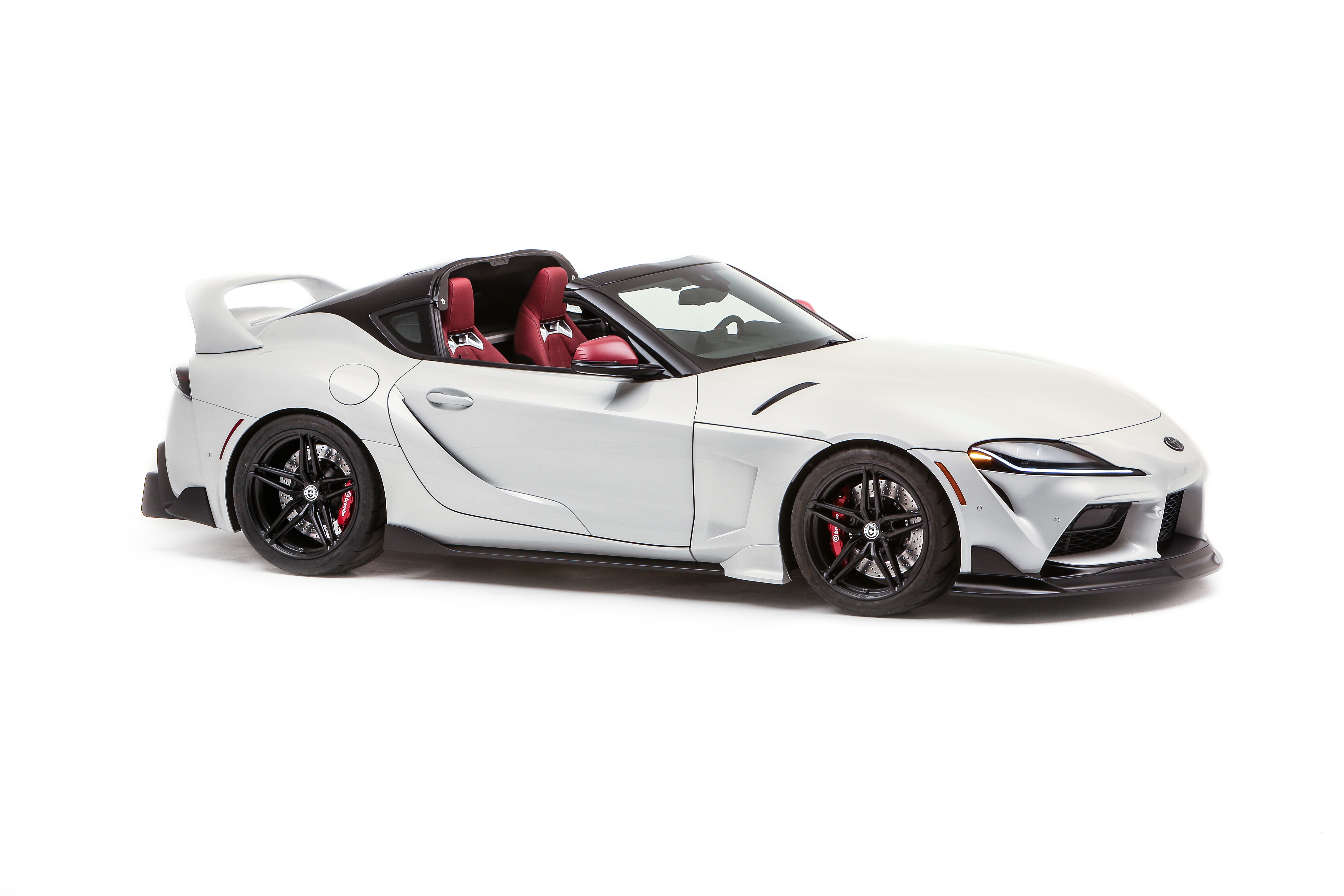 The GR Supra Sport Top, on the other hand, is a tribute to the targa top of old. While we’ve seen this concept before, it's nice to see it realized in metal. Adorning the same wing and round taillights as the Heritage Edition, the most striking feature is, of course, the removable sport top. With no center bar, the cabin roof is completely taken away to allow more air (and B58 exhaust notes) in. To combat the loss of structure, the design team reinforced parts of the frame in order to maintain the performance (and safety) expected of a modern Supra.