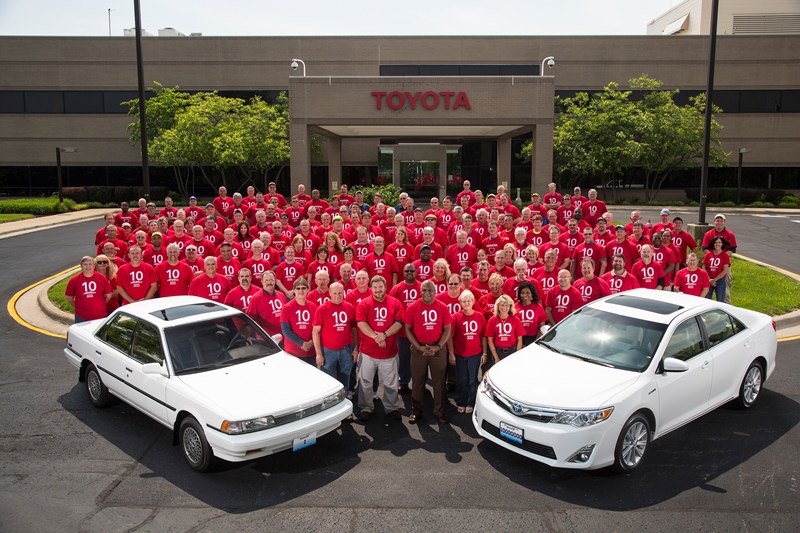 Toyota recently celebrated the 10-millionth vehicle produced in its plant in Georgetown, Kentucky. When it opened in 1988, the plant was the carmaker’s first stand-alone assembly line in America. To mark the occasion, a white hybrid Camry rolls off the line 26 years after the very first vehicle made there, which also happened to be a Camry.  "Obviously, these two vehicles are worlds apart in many ways, but, at the same time, identical in others – particularly when it comes to craftsmanship and the care and love that went into their production,” plant President Wil James noted with obvious pride.

"Many people may be surprised at our growth and the success the past 26 years; I am not," James said.

In addition to Camry, the Kentucky plant also produces the Avalon sedan and Venza crossover utility.  In 2015, the plant will become the first in the U.S. to make Lexus ES350.  In the past, the plant has produced the Sienna mini-van and the Solara.  Over the years Toyota has invested $5.9 billion in the Georgetown, Kentucky plant which is its largest plant in North America.