US Auto Sales Warm Up in April 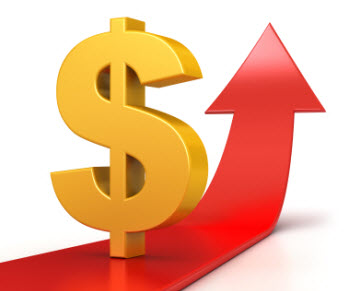 The weather isn’t the only thing hitting up in the month of April. Manufactures across the globe have been experiencing in increase in vehicles sales. General Motors delivered 254,076 vehicles in the United States in April 2014. Total sales were up 7 percent compared to a year ago. Fleet sales were up 5 percent and retail sales were up 8 percent. GM expects to increase its retail market share from March. Mercedes-Benz USA totaled 25,887 vehicles for the month, an increase of 9.5%, while year-to-date volumes for the brand reached 98,501, up 6.1% from the same period last year.

Ford Motor Company sold 6,651 vehicles in April, up 66 percent from 4,003 vehicles; while the company exported 6,646 vehicles, against 3,267 units in the corresponding period last year. Volvo Cars of North America reported sales of 4,635 units for the month, a 3.8 percent increase versus April 2013. Mazda reported April U.S. sales of 22,434 vehicles, representing an increase of 12.8 percent versus last year. Year-to-date sales through April are up 2.4 percent versus last year, with 100,492 vehicles sold.

Mitsubishi Motors North America reported another outstanding sales month with April sales of 6,542, a 46.6 percent increase over the April 2013 total. It was the second highest monthly sales total for Mitsubishi in more than two years, exceeded by last month, and also the best April sales since 2011. Nissan Group reported total sales for April 2014 of 103,934 units, an increase of 18.3 percent over the prior year and an April record.

Audi reported April 2014 sales of 15,653 vehicles, which stands as the brand’s 40th consecutive month of record monthly sales and second-best month ever. Audi sales year-to-date increased 7.5% to 50,881 vehicles sold. Hyundai Motor America reported April sales of 66,107, up 4.4 percent versus the same period in 2013, setting an all-time record for April. Three Hyundai vehicles saw sales gains of 30 percent or more: Accent was up of 36 percent, followed closely by both Santa Fe and Sonata, up 30 percent. Sonata Hybrid had its best month ever at 2,055 units, up 8.6 percent for the month.

Subaru of America reported 40,083 vehicle sales for April 2014, a 22 percent increase over April 2013 sales of 32,943 and the best-ever April sales month in company history. Year-to-date sales for Subaru total 152,471, a 22 percent increase over the same period in 2013. The company has now seen 29 consecutive months of year-over-year growth and is already on its way to its sixth successive annual sales record.

Porsche Cars North America reported 4, o72 vehicles sold in April. This not only beats last year’s record sales number for the month of April by 40 units, but it is also an all-time, any-month record for Porsche sales in the U.S. For the year so far, Porsche has delivered 14,208 vehicles versus 13,681 during the same period last year, an increase of four percent.