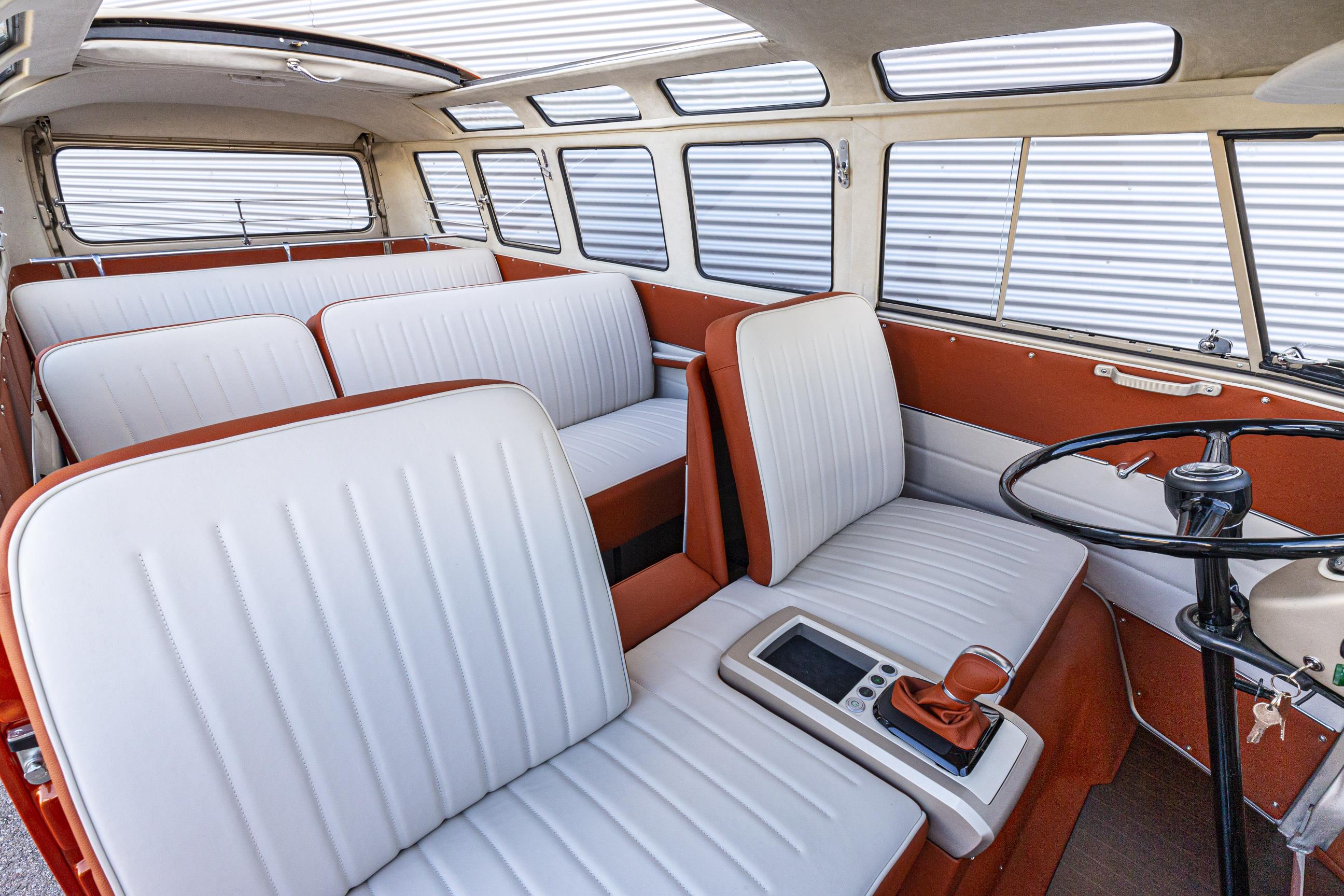 Volkswagen Commercial Vehicles, in partnership with German EV conversion company eClassics, has released the concept for a soon-to-be-available all-electric classic VW bus.  The e-BULLI concept is based on a restored and modified 1966 T1 Samba Bus, which prior to its conversion spent half a century on the roads of California. The 43-hp four-cylinder boxer engine gave way in the e-BULLI to a silent Volkswagen electric motor delivering 82 horsepower, giving the concept vehicle completely new drive characteristics. And with maximum torque of 156 lb-ft, the new drive provides more than twice the force of the original T1 engine from 1966. The suspension has also been redesigned with multi-link front and rear axles, adjustable shock absorbers and coilover struts, plus a new rack-and-pinion steering system and four internally ventilated disc brakes. As in the new ID.3 and future ID.BUZZ, the high-voltage battery is housed centrally in the vehicle floor. This layout lowers the e-BULLI’s center of gravity and thus improves its driving characteristics. The interior received the restomod treatment too, and has been re-imagined without losing sight of the original concept. Slated for the European market only at this point, the T1 conversion wil be offered complete with redesigned front and rear axles, at prices starting from 64,900 euros. T2 and T3 conversions are being offered by eClassics too. 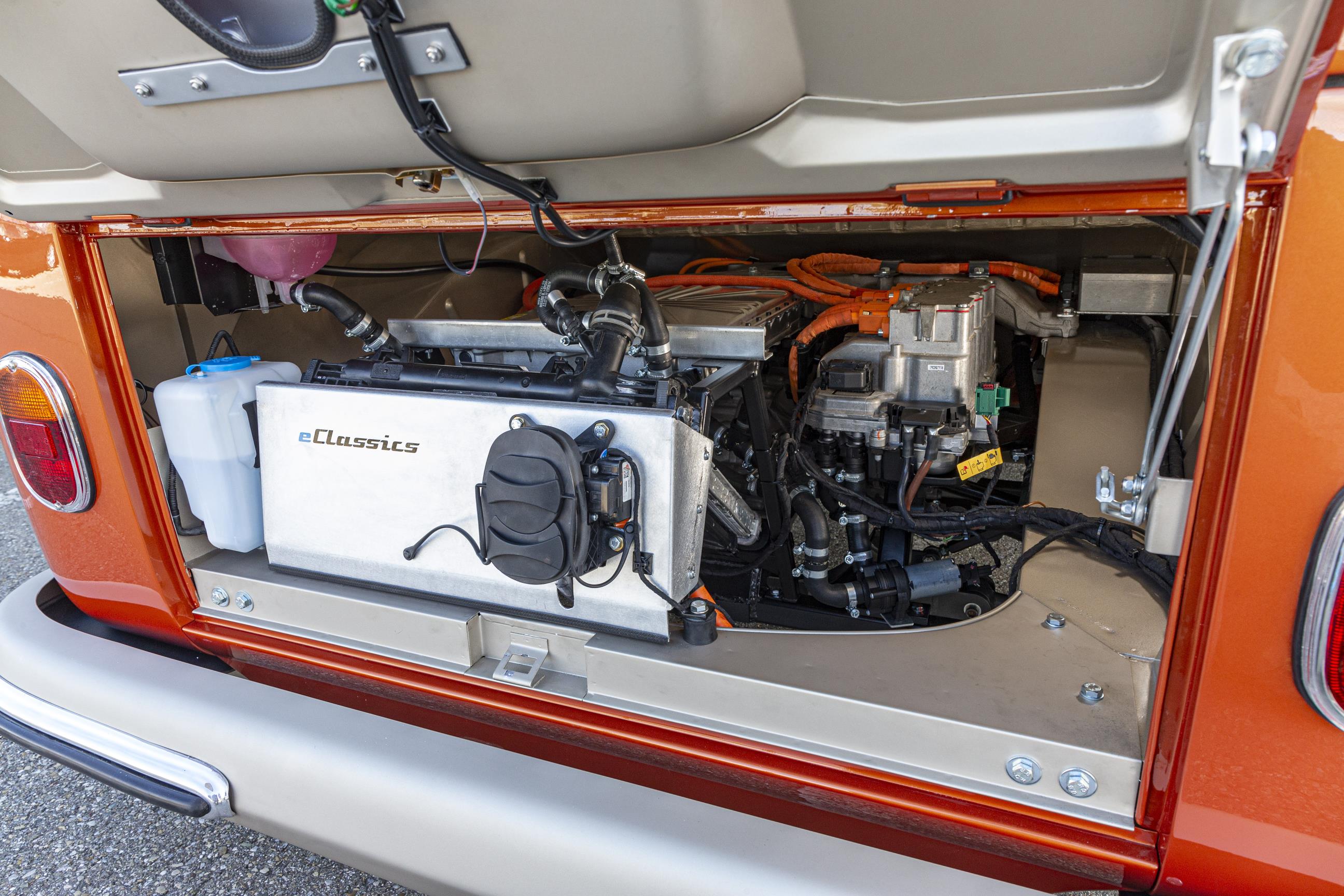