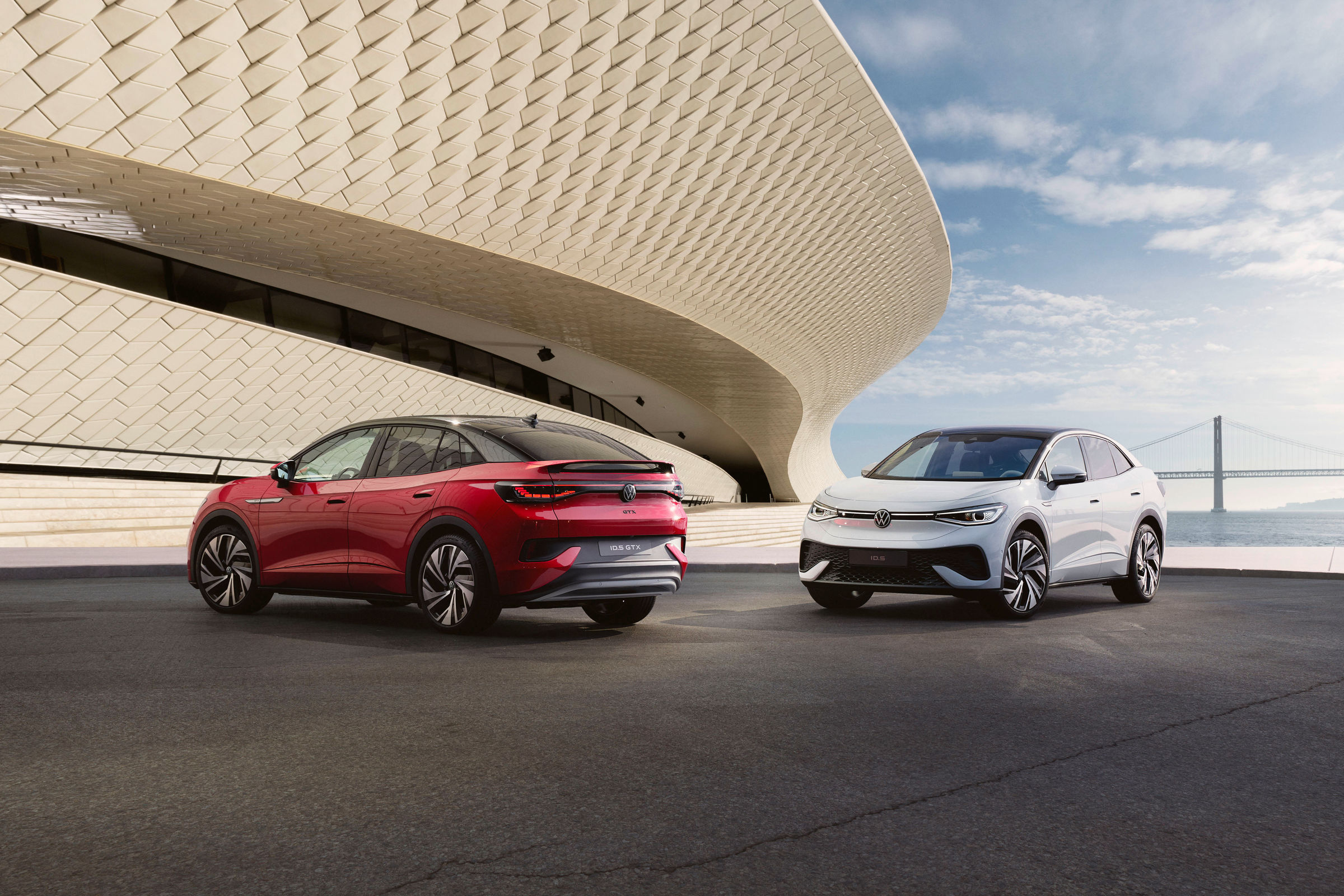 In a virtual unveiling, Volkswagen showed off the newest additions to their ID line of vehicles: the ID.5 and ID.5 GTX. Amidst the unveiling, a rainbow camo-adorned ID Bus was also teased.

The VW ID.5 is an SUV-coupe with an all-electric powertrain. Both the ID.5 and GTX models include a healthy dose of 21st century tech, such as a digital instrument panel, an augmented reality heads-up display (found in the current ID.4 model), and a bidirectional charging system. Drivers will be able to charge their ID.5’s off the grid, then use their vehicle to power whatever else they have in mind.

The GTX has a greater focus on performance, with a dual-motor setup putting down 299 horsepower to the all wheel drive system, all with a range of 500 kilometers (approximately 310 miles for us Americans).

The ID.5 series will put autonomy near the top of it’s features list--  lane-change and overtaking assists, for example, will provide an enhanced driving experience. A new “trained parking” feature will allow the vehicle to park itself; drivers will activate the function, park once, and the ID.5 will remember. A new “Hello ID” voice control system was also introduced, allowing drivers to ask their vehicle to start navigation and play music, among other utilities. 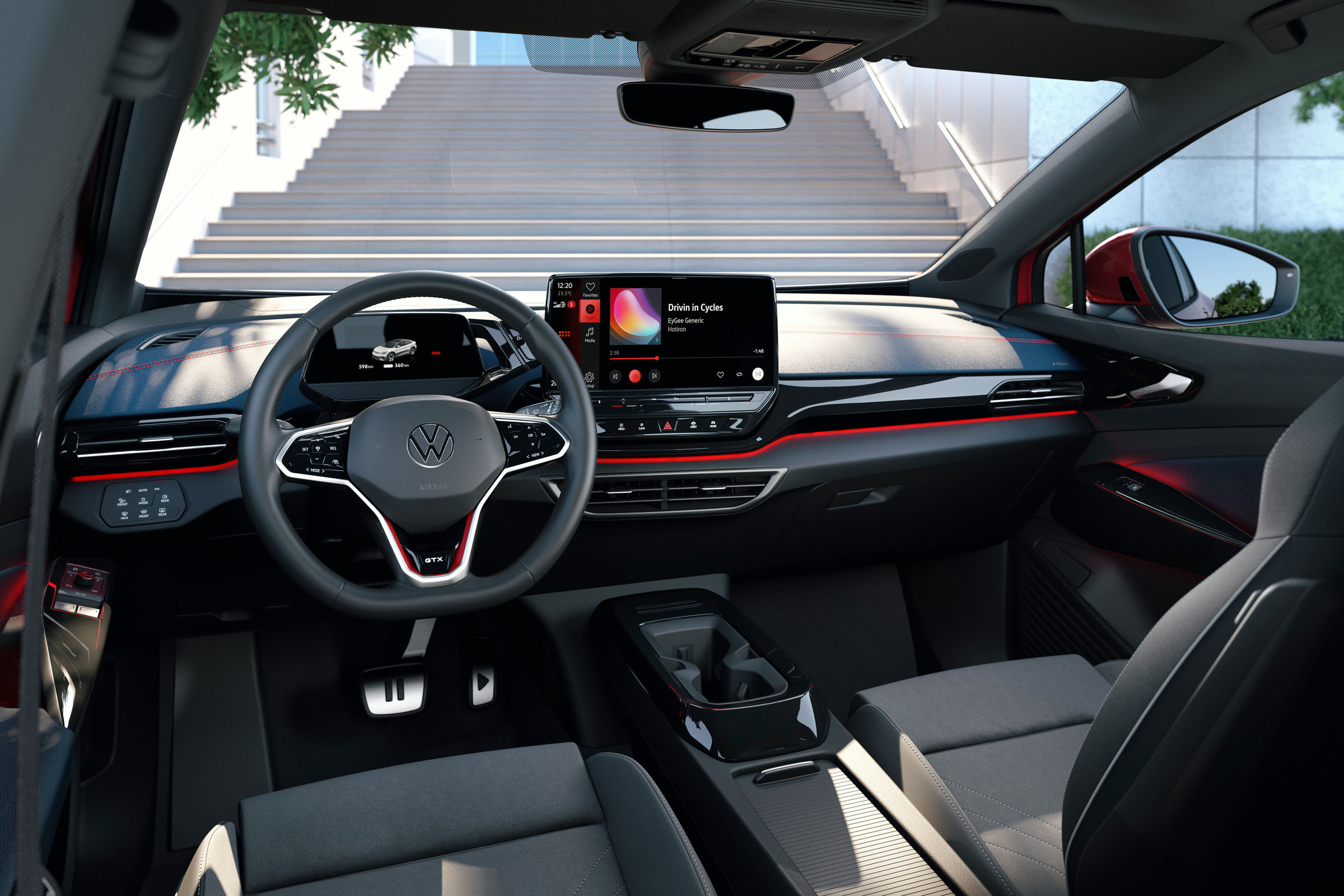 In terms of styling, the exterior of the ID.5 appears to have been shaped from aerodynamics. The vehicle features short overhangs and a stretched cabin. The A-pillars are shifted forwards, while the C-pillars slope in order to provide that SUV-coupe appeal. The tailend of the ID.5 is finished off with a floating spoiler across the hatch. The roof line is crafted by the panoramic sunroof, given a marvelous display of a starry night in the digital studio. Despite the shrunken proportions contributed to its coupe DNA, the ID.5 boasts a spacious cabin; as much space as the ID.4 in the back seats and trunk. This is contributed, in part, to Volkswagen’s modular electric drive platform, MEB.

The ID.5 is the manufacturer’s first foray into the e-SUV coupe with the MEB platform. Volkswagen expects at least 70 percent of their European sales and 50 percent of their North American sales to come from electric-only vehicles by 2030. 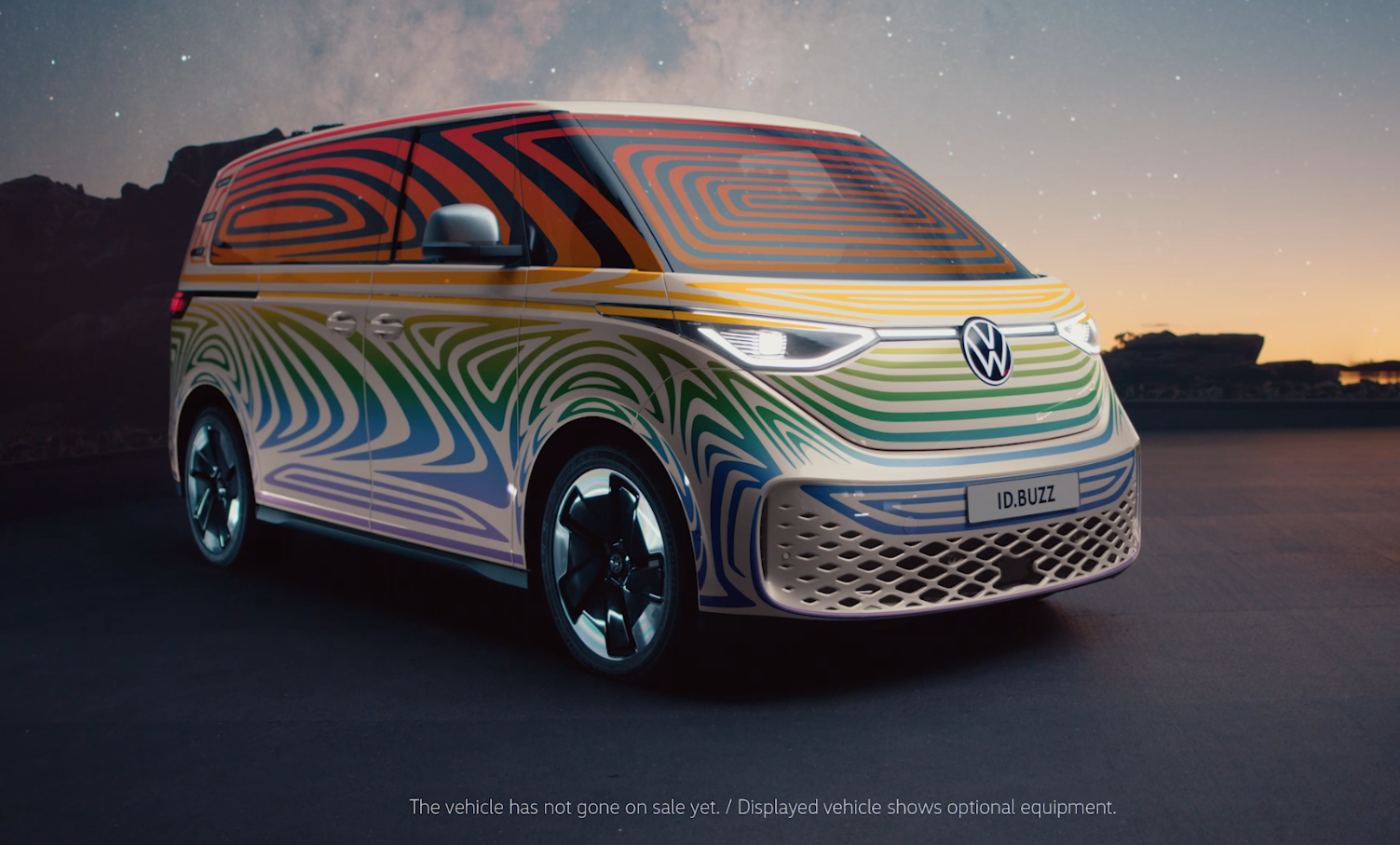 Volkswagen also teased the ID. Bus, part of the ID family and VW’s “ACCELERATE” strategy-- the brand’s electric initiative. The Bus was teased to have more news early 2022.