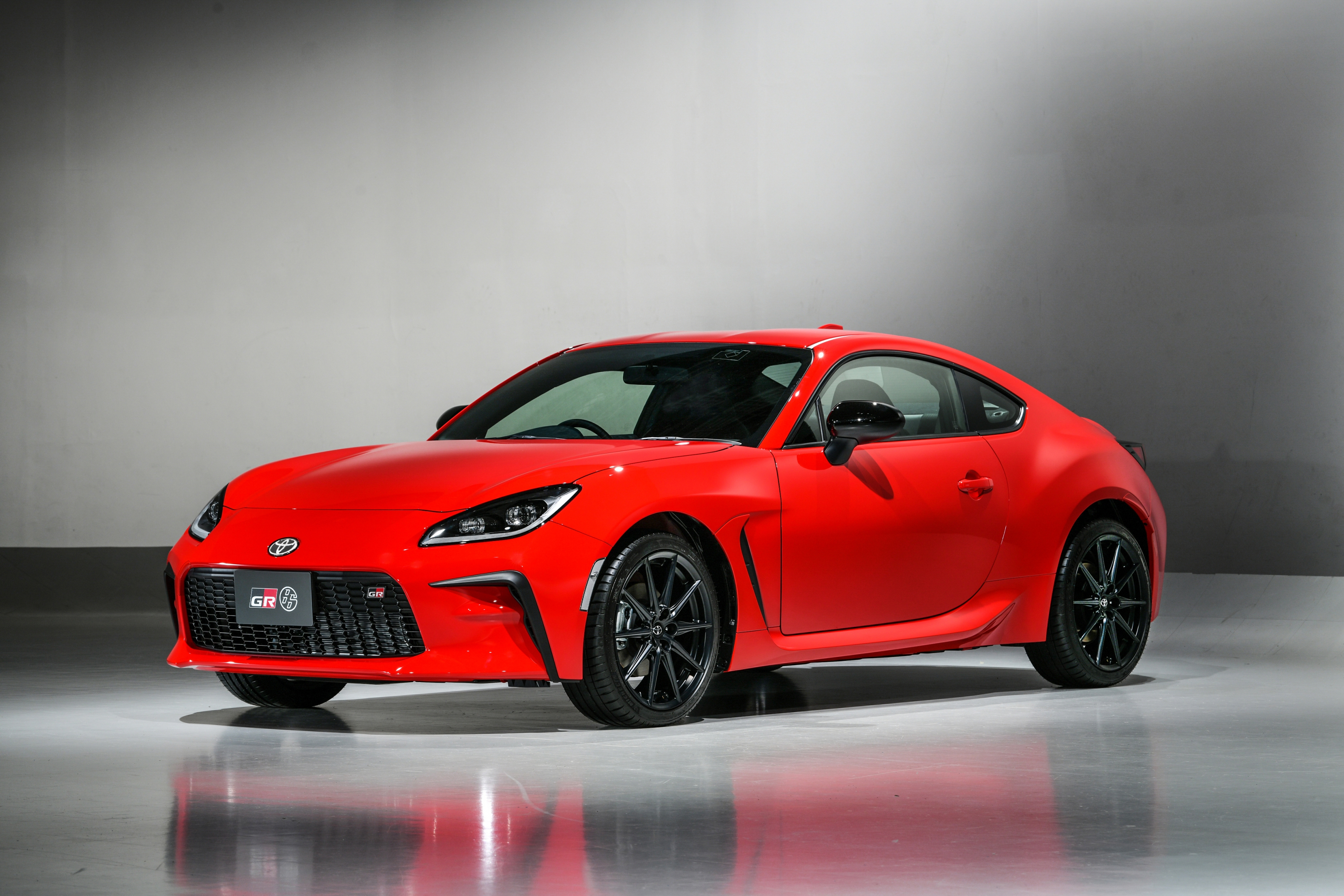 Toyota's other front-engine, rear-drive 2+2 sport coupe, the 86, has finally been revealed, along with a new name, months after its close cousin Subaru BRZ broke cover. The Toyota GR 86 will be the third entry in Toyota's portfolio of Gazoo Racing-inspired performance models, joining the GR Supra and GR Yaris. The GR 86 is mechanically identical to the Subaru BRZ, sporting a 2.4 liter flat four engine, enlarged from the previous 2.0 liter.  Specs have yet to be announced, but output should be very close to Subaru's figures of 228 hp and 184 lb-ft of torque, with zero to 60 times dropping to 6.3 seconds; a full second quicker than the previous generation 86.

The dimensions of the new GR 86 are almost identical to the previous model. Limiting both the overall height and hip-point of the vehicle helps lower the center-of-gravity and enhance turning performance. Body rigidity has been improved, with the goal of offering pleasurable handling in all speed ranges―from urban driving to the upper limits of performance. Torsional rigidity has been enhanced by approximately 50% over the previous model for greater steering stability. The use of aluminum for the roof panels results in a lower center-of-gravity, while aluminum fenders and updated front seats and mufflers contribute to reduced weight. The 2022 Toyota GR 86 will go on sale in Japan later this year, with global sales to follow.