For over 100 years, Americans have enjoyed the freedom of the open road, fueled predominantly by petroleum-based fuels. Despite the convenience of gas and diesel however, fossil fuels are problematic in terms of long-term availability and the damage they are doing to our environment. Now in our 35 years on the air, we’ve watched with great interest and applauded the many efforts to develop viable solutions to break our dependence on petroleum fuel. So we’ve decided to take a look back and forward at some alternative fuel vehicle innovators. 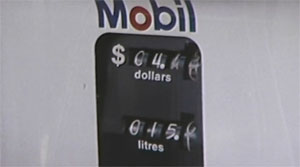 In the infancy of the automobile, it was more common to see cars running on steam than internal combustion engines. Electric cars were popular as well, and touted for their silent operation. But as inter-city roads were developed, gasoline quickly established itself as the most convenient power source for long-range travel.

It wasn’t until the 1970’s oil crisis that the uncertainty of our fuel supply reached our collective consciousness, and even later before its negative environmental impacts became a general cause for concern. 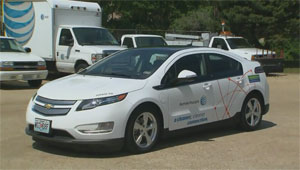 Commercial fleets, transit buses, and municipalities across the country are embracing natural gas propane and electric for their cost benefits, lower maintenance and clean operation. AT&T has added more than 8000 CNG service vehicles nationwide, and their total green fleet now numbers over 11,000 vehicles. Companies like Coca-Cola, Fedex, UPS and hundreds of others continue to lead by example in expanding their clean fleet profiles as well.

The Honda Civic CNG showed that natural gas could work in a compact chassis and the advent of safe, convenient home refueling systems took the fear out of handling these fuels.

Likewise, the acceptance of user-operated high-voltage electric charging systems took time and steep learning to accomplish, but now, for many, charging their EV is as ordinary as stopping by a gas station used to be.

Nickel metal hydride, lithium-ion, and other advanced battery types paved the way for modern EV’s and the hybrid gasoline-electric vehicle, combining both gas and battery power. Toyota was first to market with the Prius hybrid in 1997, followed by the Honda Insight in 1999. 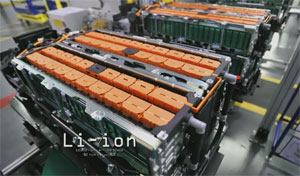 There’s no denying the fuel economy advantages of electric power, but EV’s and hybrids were slow to gain respect by a driving public afraid they’d have to give up comfort or utility to drive green.  No longer limited to subcompact commuter cars, hybrid drivetrains are now offered in nearly every body style and by nearly every carmaker.

Tesla, and even the short-lived Fisker Karma, have shown that electric drive cars can not only be viable, but aspirational, with luxury and performance to rival any conventional carmaker. And now the most desirable supercars on the road, from the likes of Ferrari, Porsche and McLaren, use hybrid-electric powertrains to juice up their jaw-dropping levels of performance.

Grassroots efforts to educate America about clean fuel choices have intrigued us as well.  Whether it’s a CNG-powered Batmobile or the bio-diesel burning Planter’s Peanut Mobile.  Call them publicity stunts if you must, but they have made a positive difference in the public’s perception of alt fuels. 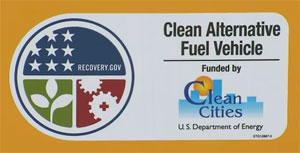 And the terrific work done by the Department of Energy’s Clean Cities Coalitions, banding together local clean energy efforts into a national powerhouse, has displaced millions of gallons of petroleum and reduced megatons of harmful emissions by enabling individuals and fleets to adopt clean and renewable alternatives to petroleum.

Today’s fuel mix is more diverse than ever and we continue to push the clean energy boundaries with further development of hydrogen fuel cells, battery technology and renewable energy sources like ethanol and biomass.

While autonomous vehicles may be grabbing all of the headlines these days, we’re betting that alternative fuels and advanced power technologies will be fueling the cars of the future and the key to enjoying the freedom of driving the open road, for generations to come.