For years, golf carts have used start/stop systems to avoid idling.  Now this, and a number of other fuel-saving technologies, are being used to give gas car engines a fighting chance against fuel-stingy hybrids and clean diesels. 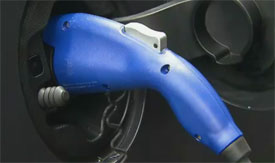 No one knows for sure what the car of the distant future will look like, or what will be its dominant fuel or type of power, but clearly plug-in electric-drive is the current king of clean motoring. As battery technology improves, more and more carmakers are likely to make the jump to advanced hybrids and pure EVs.

But, as for today, choices among plug-in models remains limited with high purchase price being an obstacle to wider acceptance. Fewer still are cars and trucks offering clean diesel power, although that number is growing.

For the foreseeable future, the vast majority of vehicles will still be powered by gasoline engines, including traditional hybrids. So, the pressure to deliver more fuel efficiency without compromising performance or convenience has led carmakers to develop some amazing gas-engine based technologies in recent years.

Each bit of technology may return only a few tenths of a mile per gallon improvement, but when used together, they can deliver impressive gains. 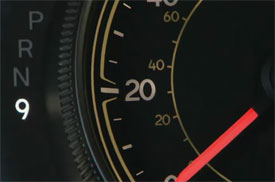 Every engine has a “sweet spot”, or an RPM range that allows it to operate at peak efficiency. That’s where the transmission comes in to play. Belt-drive CVT, or Continuously Variable Transmissions, match the exact gear ratio needed for any situation, delivering a super smooth, if somewhat unfamiliar driving experience, with impressive fuel economy.

To counter the CVT, designers of traditional trannies are following the lead of truckers by growing gear counts from 4, 5, and 6 to an unprecedented 8, 9, and 10 forward ratios. Often with two overdrive ratios, these new automatics allow an engine to cruise along with low effort, thus again boosting fuel economy.

The new Jeep Cherokee with its 9-speed automatic rates 22 miles per gallon City, and 31 on the highway, a nice jump over the 21/28 rating of the smaller Jeep Compass with its 6-speed.

Aerodynamics have long played a role in vehicle efficiency. But while most attention in the past was on the body, more and more vehicles are now adding full underbody trays. That, plus even more wind sculpting bodywork, and the latest trick: active front grill shutters that shut off excess drag-inducing airflow through the radiator at highway speeds, all are boosting fuel economy.

And finally, it seems those golf carts had it right all along. Make note of the amount of time your car spends idling in a given day, and how much fuel is wasted just sitting still. More and more carmakers are adding automatic stop/start technology to reduce unnecessary idling and save gas. When the car reaches a complete stop, even momentarily, the engine computer cuts spark and fuel. Once the driver lifts off the brake or engages the clutch, the engine fires up instantly and off you go.

The gas engine may indeed one day be replaced by some yet-to-be-discovered clean, renewable fuel, but thanks to new and old technologies in the meantime, it is already cleaning up its act.