No matter the price of gas, maximizing your vehicle’s fuel economy just makes good sense for reducing global climate change and conserving a non-renewable resource. Today’s cars are packed with fuel-saving technology, but there’s plenty you can do to get the most mpg from whatever you drive.

Achieving good fuel economy depends on a lot of factors. Some, like weather, terrain and temperature, are beyond the driver’s control. Vehicle maintenance and driving habits can both have a noticeable impact on fuel economy, but to really flex your mpg muscles, you’ve got to get to know your vehicle and how it performs best.

No one understands this better than Brian West. As deputy director of the fuels, engines, and emissions research center at oak ridge national laboratory, Brian knows what works and what doesn’t when it comes to getting every possible mpg. 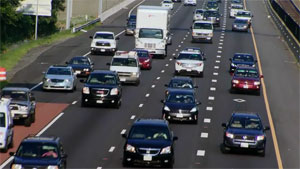 BRIAN WEST: You’ll see for a lot of conventional vehicles, the highway economy is 30, 40, maybe even 50% better than the city fuel economy. and that’s because… in typical highway driving where the speed is nice and steady, the engine’s at an efficient operating point, you’re not braking very much, so you get the best fuel economy.

JOHN DAVIS: For hybrid and electric vehicles, city and highway numbers can be much closer. Many operate in ev-only mode at least part of the time, and regenerative braking puts energy back into the batteries to extend ev range. But don’t overuse the brakes.

JOHN DAVIS: It’s best to brake gently in all cars, and avoid unnecessary stops altogether. Anticipate stoplights or traffic slowdowns and coast for a bit to maintain momentum, rather than stay on the gas til the last second. 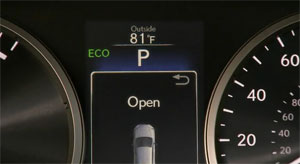 Using accessories like heating, air conditioning, and entertainment systems will affect fuel economy on all vehicles, but especially on hybrids and electrics: so pre-heating or pre-cooling the cabin of a plug-in hybrid or ev while the vehicle is still plugged in, for example, can extend its electric range.

Many of today’s cars have an "economy mode" that may limit aspects of the vehicle's performance to save fuel.

BRIAN WEST: The accelerator pedal is really just actuating a sensor, and you’re really just making a request or a recommendation of the powertrain control module. So when you step on the accelerator pedal today, the powertrain control module is deciding how much power, how much tractive effort to give you, and so in an eco-mode, it’s going to limit that, so that at part-throttle settings, you’re just going to get less power, which is going to help you drive more efficiently. The eco mode also, in a lot of cars, will limit things like the heated seats, the climate control, things like that, that are parasitic losses.

JOHN DAVIS: Some fuel economy basics apply to all vehicles: 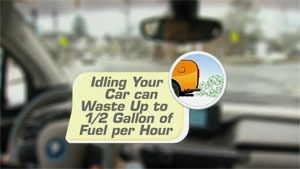 On average, low tire pressure costs you about 3-tenths of a percent in fuel economy per psi. Keep an air gauge handy and check your tires weekly.

Excess weight reduces fuel economy about 1% per hundred pounds on average, so get that junk out of the trunk! Ski racks, car toppers and the like add tremendous aerodynamic drag to a vehicle, and can penalize fuel economy up to 25% on the highway.

And remember, an idling car gets zero miles per gallon, so remember to shut it down when waiting for even a few minutes.

Driving smoothly, taking full advantage of fuel-saving technologies, and even using a little common sense can make a big difference in whether your car is a gas hog or a mileage maximizer!